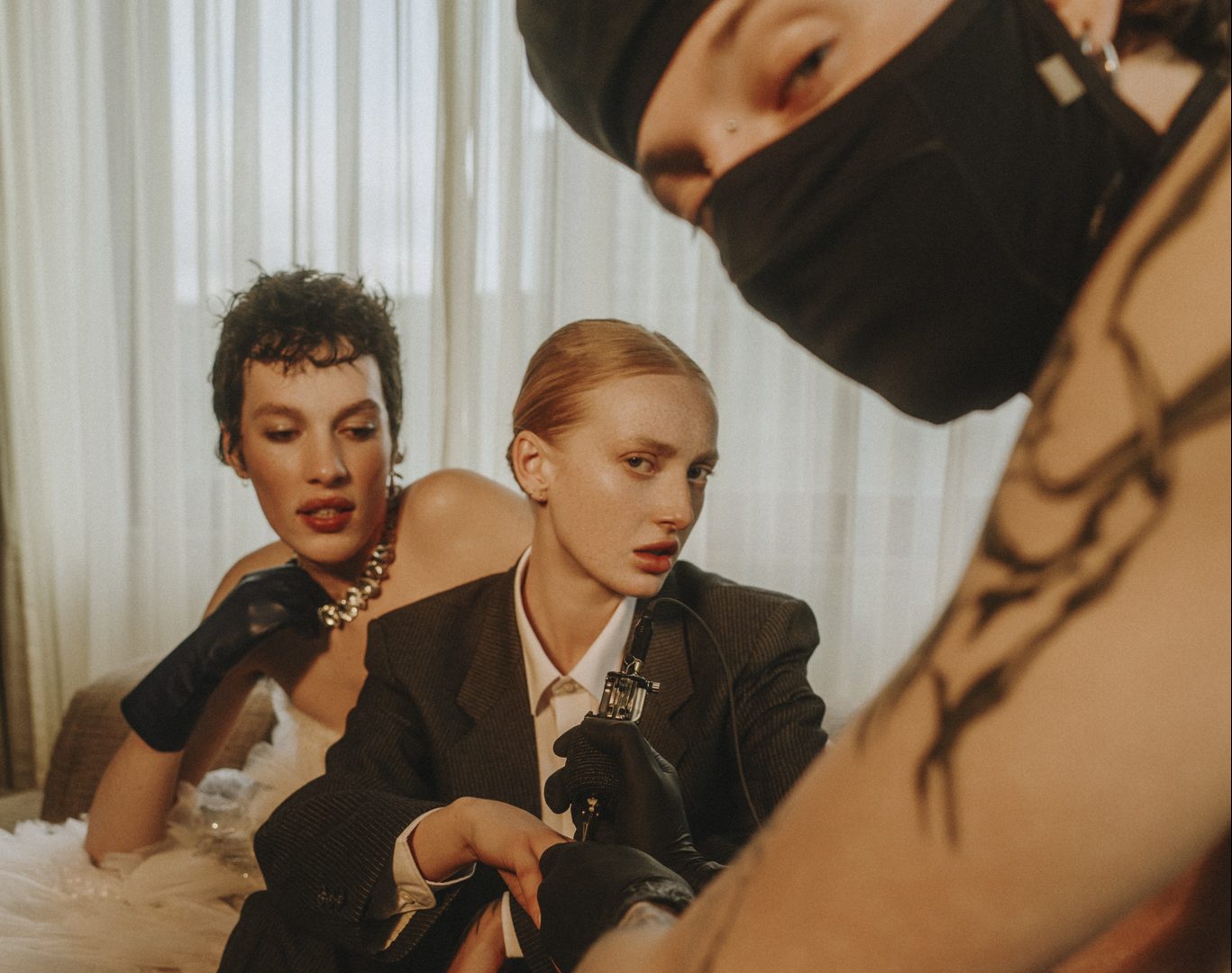 In the course of the self-imposed “political correctness”, which increasingly permeates all areas of life, social awareness of non-binary gender identity was created for the first time – the conservative, strictly divided gender system has been experiencing a revolution since the new decade at the latest and is forcing society to critically question role models of classic gender identities. Gender-fluid thereby reflects an important part of the non-binary gender: the possibility to have none, one, or more gender identities simultaneously at any time and in any situation without having to justify oneself to society. The gradual discovery and acceptance of one’s own gender identity form the idea of this editorial, which illustrates a part of the possible and diverse identities embodied as a flowing transformation.

The equipment used was a camera Sony Alpha 7R3 with a Sigma 24-70mm F2.8 lens, and the shooting took place in Hyatt Regency Cologne, Germany.