Winter Vandenbrink and his inspiration from filmmakers 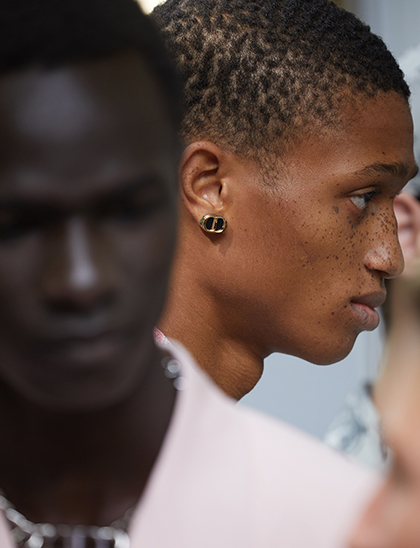 Winter Vandenbrink (@wintervandenbrink) is a professional photographer that started in the industry as an amateur who photographed his friends.  He was born in the Netherlands, but now Winter is working and based between Paris and Amsterdam. He usually takes photos of young and off-guard people, and that could be considered as his distinguishing mark. Moreover, some of his photos are closed shots, maybe because Winter considers himself as a voyeur.

Winter has been inspired by some great filmmakers like Robert Bresson or Apichatpong Weerasethakul, among others. Probably that is why his pictures are very unique and seem to be rescued from a film. He considers that photography is booming because of the importance of Visual Culture “and the fact that it’s accessible for everyone now” thanks to social media maybe.

His pictures have appeared in many important magazines of the fashion industry. His last work was for Hercules Magazine where the models where dressed by Jean Paul Gaultier. “I love beautiful independent print”, he said.

What is clear is that Winter Vandenbrink has a unique way of seeing the world through his camera. He can take pictures as a real voyeur: going unnoticed and freezing the best images of the models in their most authentic moments.

How did you start in the photography world? I started as an amateur photographer photographing my friends and then developing film and prints myself in the badroom.

Which do you think that are the keys for being a good photographer? A stand-out style or subject that only you can photograph in that specific signature that is your own.

You usually take pictures of young and off-guard people; do you consider that as your distinguishing mark? Yes, for sure and with that, the framing of the subject and the artistic/intellectual focus.

You have collaborated with some magazines like Hercules Magazine in 2019, for example. With which other magazines would you like to collaborate? Why? Oh, there’s lots, Dust, ODDA, I love beautiful independent print, also Pleasure Garden Magazine, I love shooting flowers too.

From all the pictures you take, which percentage of them you usually like? When a card holds 600 images then probably around 10 of them, but it really depends on the day and the subject.

Generally, your pictures are closed shots, why? Close up you mean? I’m a voyeur, that’s probably the reason.

Have you ever thought about launching a book? Yes.

Do you believe that photography is a boom because of the importance of Visual Culture? That and the fact that it’s accessible for everyone now.

Which photographers have been your inspiration? I rather look at filmmakers, like Robert Bresson, Apichatpong Weerasethakul or Casavettes.

Do you think that photography is a difficult industry to take part in? Yes, but it is also great fun!

In this article:exclusive, Winter Vandenbrink