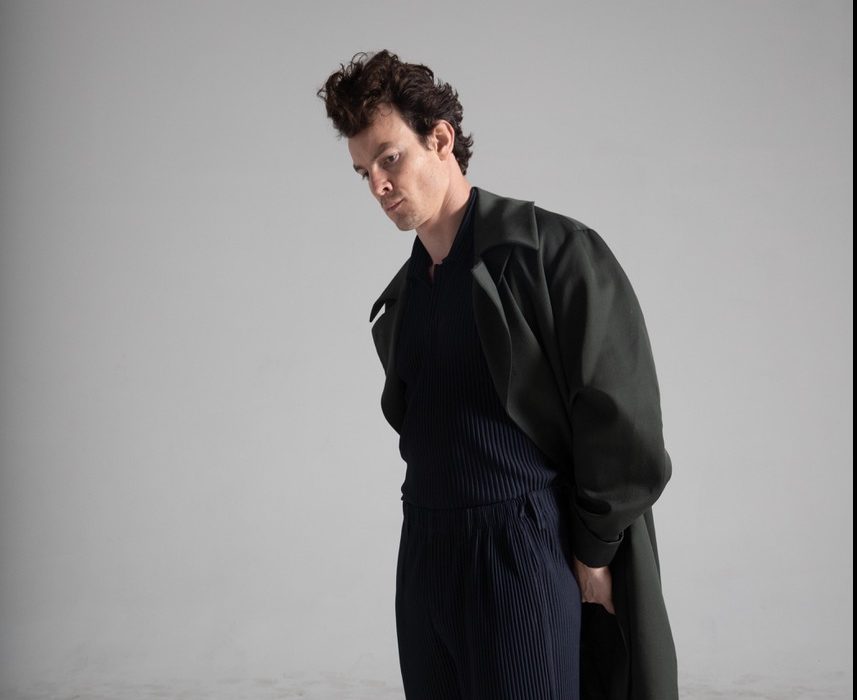 Luke Cook is an Australian actor who we came to love as he portrayed Lucifer Morningstar in the hit Netflix show Chilling Adventures of Sabrina (CAOS). After the show ended, we fell for him even more as he began showing us his intimate and funnier side on his social media account @thelukecook.

As we got ready to enjoy his new character, the enigmatic Oliver Noble, in the latest season of Dynasty, available now everywhere, we had a conversation to talk about his life and career.

Therefore, if you love his work, keep reading to find out what Luke Cook told us and know more about his most recent projects.

VT: In a world of social media where most people try so hard to look perfect, you have decided to show yourself as a person with flaws who can laugh about himself; and the reception of that has been amazing.

Thus, why do you consider people have been so positive about the kind of content you post on your social media?

LC: Well, thank you! I think what I’ve always disliked about social media is the way people post as if they live perfect, happy lives.

Celebs, in particular, seem to prioritize their “brand”, aka how they’re viewed by the general public. So, in the end, you get this very 2-dimensional view of who they are, and we all yawn and scroll, and the entire idea of social media has been lost: that we get an insight into each other.

In some weird way, I think my social media has become like a reality show where people watch my journey because I let them in and don’t act as if my life is perfect. Like, I poo, it smells, and I talk about it, and people seem to appreciate that.

VT: Besides your funny videos, you have a strong social commitment that you have been showing with charity, donations, and promoting support to organizations like The Leukemia & Lymphoma Society (LLS).

What can you tell us about those actions and the importance of thinking about others who need our help?

And right now, I’m trying to raise another $10k for LLS with some help from the CAOS cast.

A hell of a ride from CAOS to Dynasty

VT: Let us talk about Chilling Adventures of Sabrina. How was been part of that global success? What do you cherish the most about being part of a show that young people celebrate and have made part of their lives?

LC: I couldn’t have loved it more. I think it was such a positive, fun, light thing for a lot of young people, and I saw how it hurt them to watch it be canceled. I’ve told Roberto (Aguirre-Sacasa) how grateful I am that he gave me a chance, and it truly changed my life.

VT: Your Lucifer instantly became a fan´s favorite, but I wonder if you received some animosity from more conservative people who dislike CAOS, and even more, abhor that character you portrayed. Did you? How did you deal with that?

VT: You are in some movies coming out this year, Eye Without a Face and Spare me; could you tell us more about these projects?

LC: Eye Without a Face is a dark indie thriller. I haven’t seen it yet, but I loved shooting it. The day after I finished shooting that movie, I flew to Vancouver to shoot Sabrina.

VT: Do you miss writing and directing for films and TV shows? Or is it something you still do?

LC: I still write a lot. I’ve just handed in the first draft of a show to Comedy Central, the first development deal I’ve had, so I’m very excited.

VT: What other projects are coming?

LC: I’m recurring on Dynasty in season 4, and I’m hoping my pilot gets picked up to be made. But right now, my main focus is learning how to be a dad for a new beautiful baby.

Grateful to be safe and surrounded by family

VT: Now, let us get a little bit more personal. Despite the terrible things that happened during 2020, you and your wife, Kara Wilson, welcomed your newborn baby boy.

How was that experience? How that event changed the way you used to perceive things until then?

LC: We found out Kara was pregnant the day LA went into a two-week lockdown. What world were we bringing this child into? So we went home to Australia, which has handled the pandemic beautifully, and we were so grateful to be safe and surrounded by family when Chaplin came into the world.

I couldn’t believe how much it affected me watching him being born; I couldn’t contain my tears and overwhelmed awe. And he still makes me feel that way.

Children are so precious, you’d give anything to keep them safe, and that’s what overwhelms me nowadays. I imagine all the things that the world could throw at us and how I’d keep him safe.

VT: Which advice would you like to give those teenagers who might be thinking about pursuing a career in film, TV, or media-related activities?

LC: Get really good! Practice by doing it over and over again and all the time. Become obsessed with the talent of your art and work your butt off at it!

Too many people think this career is a walk in the park, and they treat it as such. NO! It requires hours of work and study, and those hours shouldn’t be hellish! They should be… almost pleasurable. And when they are, you’ll know you’re in the right spot. You’ve found alignment.

LC: Sending love to you all!

Luke Cook usually portraits characters with those bad-boy-mischievous ways we love coming from him. He also uses his social media to make fun of himself and let us know that it is OK because nobody is perfect, but what we like the most about him is his openness and the kind words he has for every person who needs them when feeling down or vulnerable.

Let us watch his new projects, and do not miss the new episodes of Dynasty; but most importantly, let us follow his example on working hard to achieve our goals and never hesitate when it comes to helping others in need.

Let us keep sending love to everyone.