The last day of London Fashion Week (I.G. @londonfashionweek) gave us a clear message about the power that fashion has to convey messages that reflect the current human feeling from the different variants in which it has been affected since the pandemic. Some of them raise a questioning and rethinking of gender fluidity (e.g. a more delicate and subtle masculinity), while others project in their collections the importance of cultural, historical, family, and social heritage as part of one’s identity, with others addressing the importance of sustainability and responsibility of the industry to be more Eco-conscious.

Undoubtedly, the collections presented speak of innovative proposals, both creatively and in terms of textiles. For the closing of this last day, the designers we focus on are Ben Osborn, PARC, Ahluwalia, Per Götesson, and JORDANLUCA.

The last day also closed with the first look at the Great Britain uniforms designed by Ben Sherman for the Tokyo 2020 Olympic Games official Opening Ceremony and Closing Ceremony.

Ahluwalia: Parts of Me

“Nobody can teach me who I am. You can describe parts of me, but who I am – and what I need – is something I have to find out myself.”

For renowned designer Priya Ahluwalia (I.G. @ahluwalia), the day of her presentation was undoubtedly a very special one: the unveiling of her SS’22 collection which debuted her women’s line, as well as the presentation of her bags made in collaboration with Mulberry, and her appointment as the winner of the BFC/GQ Designer Menswear Fund 2021.

Focusing on the collection, the designer chose to present it through her third film entitled “Parts of Me”, directed by BAFTA-nominated director Akinola Davies Jr, in collaboration with Mulberry. The film is described as “a meditative offering that takes us through the transcendental personifications surrounding Black and Brown hair.” Celebrating the importance of Afro-Caribbean hair art, symbolism, and rituals as a means of identity, protest, and self-expression within the designer’s Nigerian and Indian heritage.

The collection is inspired by the photography of J.D. Okhai Ojeikere, 90’s music videos, and vintage hair salon posters. The Black liberation of the 60s and 70s pride protest symbols, (e.g. afro comb and braided hair silhouettes) are reflected in the collection through braid-inspired stitching lines, prints, and embroidery (done in a second collaboration with Lagos-born British designer Dennis McInnes) that adorn pieces throughout the collection across a summery yet earthy color palette, with baby blue, beige and brown. True to the brand’s identity of sustainability, much of the design process consisted of sourcing fabrics and secondhand to translate them into the designer’s language.

For the men’s pieces, the designer drew on her signature denim, sportswear, and tailoring for menswear, incorporating braid-inspired motifs and graphics through various textile techniques such as printing, dyeing, and embroidery. For the debut women’s collection, Ahluwalia introduces club-inspired, figure-fitting knit silhouettes, sleek tailoring, and a feminine twist on menswear’s signature denim.
As mentioned earlier, the collection is accompanied by handbags made in collaboration Mulberry, a reinterpretation of Mulberry’s Portobello Tote.

For Jordan Bowen and Luca Marchetto, the creative-cathartic process for JORDANLUCA (I.G.@jordanluca_official) SS22 collection might resonate for many; and that’s because for this collection the brand emphasizes the beauty of the present moment, this not being a fanciful idyllic moment, but a moment of jubilee derived from the moment we are in now…the overcoming of the obstacles we have recently faced, a collection that captures the multitude of emotions experienced: a mixture of anger and grief (for the losses) and of nostalgia, joy and jubilation because we have made it this far. A triumphant celebration of life and vitality, reimagining masculinity in the most visceral, jubilant and effervescent way possible, reflected in each of the garments that attempt to reflect a new rebirth for humanity.

As for the pieces in the collection, a color palette of whites, jade green, saffron, and flashes of pillar box red, mixed with 1950s Cuban silhouettes contrast with the underlying themes of British movements (skinheads, postage stamps, pennants, and, above all, pride).

Using a stripped-back approach, working with the transformative and changing qualities of natural materials, designer Ben Osborn (I.G. @benjamin.osborn) was inspired by people’s relationship and proximity to domestic spaces to make use of clothing as an intimate and portable domestic environment, preparing it for the return of a more public sphere.

With the human figure as the central reference point, the collection presents a dynamic dialogue between built and unbuilt forms, shape, volume, and density, between stillness and movement. Reflecting physical change balanced with a sense of comfort that provides stability through the materials used (waxed linen, waterproof cotton, and the united kingdom canvas), providing a combination of tactile sensations in a light, strong and comfortable aesthetic of materials, color, and proportion: soft cotton shirts, hand-knitted sweaters in cotton and cotton yarn and unstructured suits in light wool and cashmere.

Celebrating the launch of his e-commerce site (pergotesson.com), designer Per Götesson (I.G. @pergotesson) presented a video made exclusively with Acult Studios (I.G.acultstudio). A very personal film that takes us along the designer’s trajectory through his various works presented throughout his seasons, navigating through his proposal on masculinity (what it means to be a man in an inclusive and forward-thinking way) by revisiting beloved silhouettes and suggesting new subversive proposals.
Exploring brotherhood and intimacy through human contact, reflecting the community that contributes to the brand in diverse ways and with denim as a fundamental material for the designer’s work, the film shows Sam Jamieson and Visionist wearing the designer’s pieces in the material of choice for this occasion, being recorded in various frames with dynamic poses of contact with each other, emphasizing through the use of thermal film reflected through the models’ body touch prints the designer’s emphasis on memory, whether it be the memories inherent in the garments already worn, or his own memories of previous works.

Debuting at LFW as part of DiscoveryLab, Parc (I.G. @parc_london), Paul Rawson, and Anthony Campbell, co-founders of the London-based brand PARC presented its Spring-Summer collection through “PARC Life” its first fashion film that celebrates the spirit of community, togetherness, and family, representing the brand’s idea that the people around us are what make us who we are.

Challenging the identity of male archetypes through the diversity of cuts, fabric combinations, and silhouette, designer Stefan Djokic (I.G. @djokic_official) presented us with an exercise in sartorial elegance through a three-minute video, the result: a divergent masculinity inspired by a multitude of male archetypes that challenge the masculine identity. A rigorous and playful combination of classic and abstract, a disguised formality and a fluid vision of menswear.

Undoubtedly one of the most awaited events following the fashion weeks is the Tokyo Olympic Games, being the ceremony uniforms one of the most striking appeals of the event, since we know which designers have the valuable opportunity to represent their country with their designs. This is the case of Ben Sherman (I.G. @benshermanofficial) who will dress the official delegation of Team GB athletes and British Olympic Association staff.

Regarding the looks for the ceremonies. The Opening Ceremony look features a classic Harrington jacket in navy with a contemporary update with red and white union stripes on the sleeves, paired with the iconic Ben Sherman white oxford button-down shirt and light putty-coloured chinos. The Closing Ceremony look spotlights navy chino shorts teamed with a classic white polo shirt featuring the striking printed Team GB’s lion’s head detail on the left sleeve and the official Tokyo 2020 badge and Olympic Rings on the chest.

Given the recent changes regarding health protection and sustainability, the uniforms are made of comfortable, breathable, and anti-bacterial fabrics such as organic cotton and eco-friendly bamboo viscose to create eco-conscious pieces that allow the most function for each athlete. To finish the looks, the footwear features super-soft flyknit, with wingtip details and EVA sole, allowing for premium cushioning and shock absorption 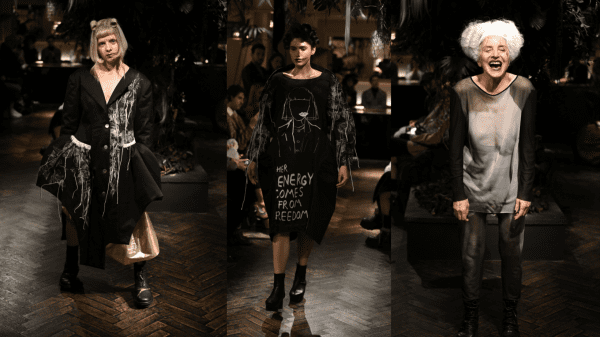 There are times when the beauty lies in the emphasis given to the wounds/scars. Whether physical or emotional, the result is an experience that... 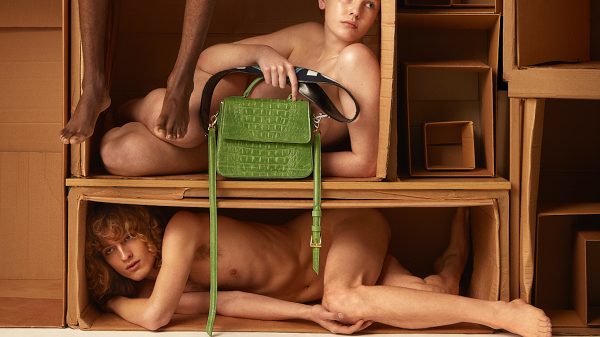 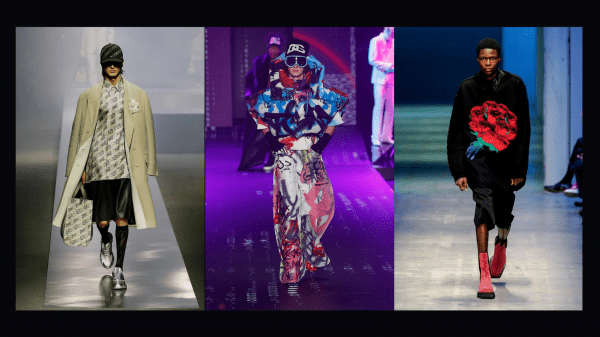 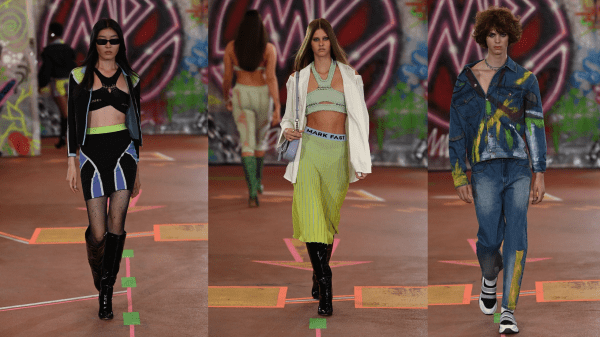