Paloma Wool, experiments around the act of dressing

Franco Masini: thrilled to be part of Rebelde

In the studio with Stefan Gunnesch 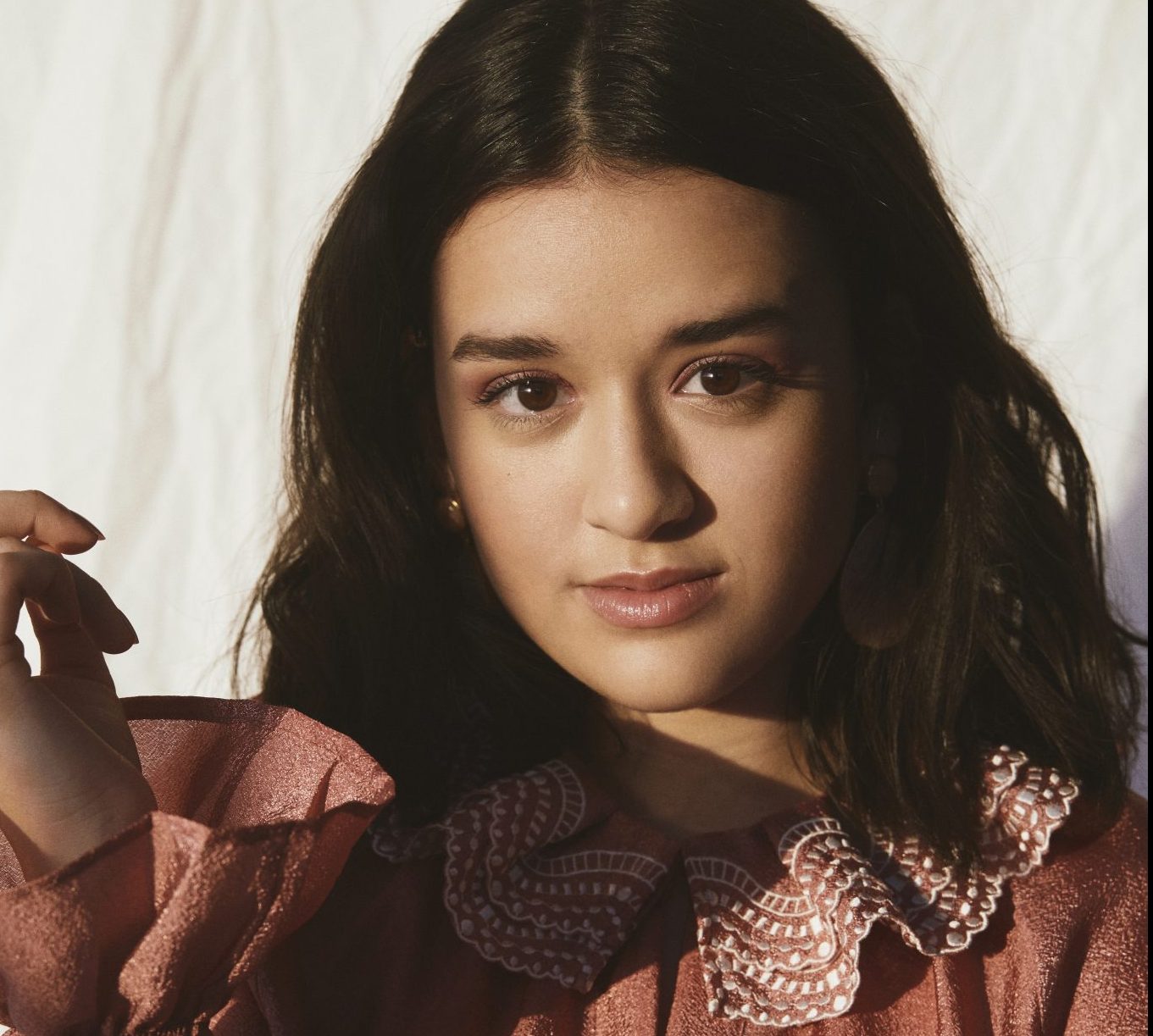 Lauren Patel is the young actress who portrays Pritti Pasha in the widely expected upcoming film: Everybody’s Talking About Jamie, which will premiere worldwide on Amazon Prime Video this September 17th.

In this conversation with her for Vanity Teen, we talked about her life, career, and which thing or two we can learn about the story of Jamie Campbell and friends.

So as we wait to watch the film, let us talk about Jamie with the kindhearted and multi-talented Lauren Patel.

A young actress from the UK

VT: What would you like our readers to know about you?

LP: Hi! I am a young actress from the UK. Everybody’s Talking About Jamie is my first feature film, and I’m so excited for it, to finally be out in the world!

VT: Which book would you recommend and why?

LP: Anything by Maggie O’farrell. I just really love the way she writes. I also love the Ms. Marvel comics!

VT: For years, media has been used to portray certain clichés towards immigrants and diverse people; but times seem to be changing. Thus, what do you think about the importance of media representation?

LP: I think it’s unbelievably important, not only for people to see themselves on screen and feel like they have a place within the industry, but because we have so many fantastic stories that are still waiting to be told.

Let us talk about Jamie

VT: How did you get involved with a project like a film version of Everybody’s Talking About Jamie?

LP: I found an open audition for it online, just randomly, one day when I was putting off doing my homework. I’d heard of the musical but had no idea that they were turning it into a film or the scale in which they were going to do it. I never expected to get the part; I just auditioned for the experience, and now here we are!

VT: What does it mean to you to be responsible for portraying a character like Pritti Pasha in the film?

LP: It means a lot. I couldn’t really think about it too much whilst we were shooting because there was already so much pressure. But being able to talk about her in interviews and see how happy people are seeing themselves on-screen, as I was when I saw the wonderful Pritti Pasha’s on stage, is really special. And I’m forever grateful to be able to play her. It’s a shame that characters like Pritti are so few and far between, but I hope that is changing.

VT: Despite not every people face the same struggles, how do you think the story of Jamie Campbell might inspire everyone?

LP: I think Jamie Campbell’s bravery and joy spreads to everyone who meets him or knows of him. The way he stands there proudly and says: “This is who I am; deal with it!” is very inspiring.

We’re all still figuring it out

VT: How does it make you feel that young people have been crucial in social movements like Stop Asian Hate and other similar campaigns?

LP: I think it’s great that, with the internet, there are so many more resources to educate ourselves about what’s going on in the world and that we can hear it directly from the people it’s affecting. It’s great to see younger generations fighting so passionately and uplifting those voices.

LP:  I’d say there’s no rush. We’re all still figuring it out (and if you never figure it out, that’s fine too!).  Just be kind to yourself. People tell you “it gets better” all the time, but it really does.

VT: Finally, would you like to invite us to stay tuned and watch this September the premiere of Everybody’s Talking About Jamie? Why do you think we will love it?

LP: I think it’s full of everything we’ve missed over the past year and a half. A big wholesome celebration of community, if you want to sing and a dance (and a little cry), check it out!

Sometimes life brings you opportunities you better do not let go, like this one Lauren Patel got to start her filming career in a movie like Everybody’s Talking About Jamie, a story about the freedom we find in accepting and letting people be and do what makes them happy.

Thanks to Lauren Patel for reminding us of the importance of being patient and never forget to be kind to ourselves and others. We hope to hear more from her and see every new project she will bring to us.  But, until that happens, let us keep talking about Jamie.