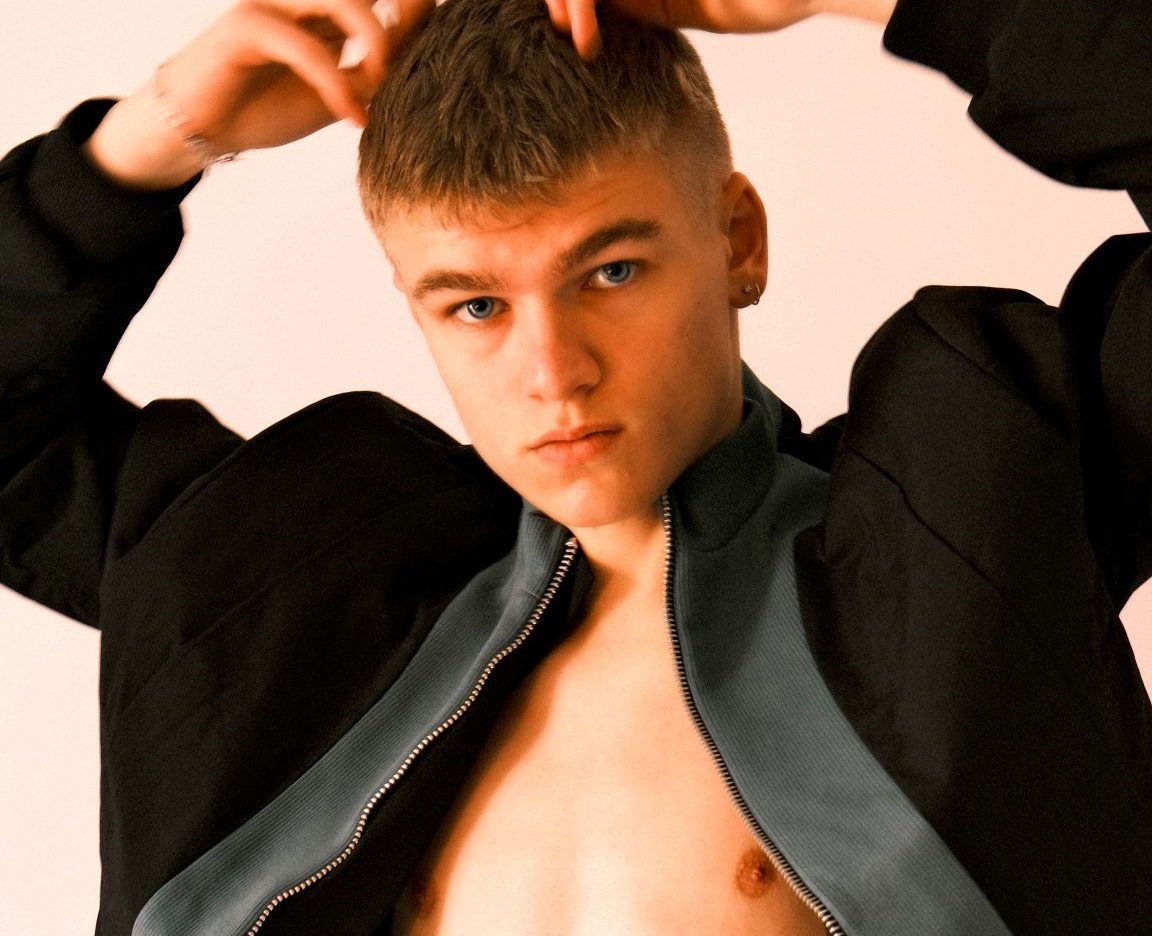 With other 34 million likes and over 600k followers on his TikTok, it’s clear James Edward (@james____edward) is doing something right!

He is a content creator and model – signed to W Model Management (@w_modelmgmt) – who started his career in an untraditional way. He found social media success whilst vlogging his journey to learn how to skateboard, gathering hundreds of thousands of followers in a matter of weeks.

He was generous enough to spend his time on a Saturday afternoon being interviewed during a city break to Barcelona. James tells us his origin story and gives us insight into how he keeps motivated and inspired to create content.

Hello James. What can you tell us about where you’re from?

So, I grew up in Hertfordshire, a very uninteresting place to be honest. In a tiny little town, there’s not much going on. And I then moved to school in Derbyshire when I was 13 in Repton.

I did 5 years at Repton School, then I left and took a year out. I went around Namibia, Morocco, and even Europe during the height of COVID. I did a bit of volunteering it was cool. I was trying mostly by myself to be honest. I just enjoy doing things by myself because I enjoy my own company but also I did spend time with some mates around Europe.

What does a regular day for you look like right now? You’re at university and creating a lot of content, how do you find the time?

A regular day for me, I probably wake up at 10:30 hungover more often than I’d like to admit, then usually I have to do a lecture for my Biomedical Science degree. Uni probably takes up about 20 hours a week, sometimes more. And then after that, I will probably make some content. Maybe go into the office. See what I need to do for the rest of the day. In the evening, whatever I’m feeling like. Probably going out. Seeing some mates and having a chill one, pretty standard.

What inspired you to start creating content for TikTok?

I got picked up by a modeling agency and they suggested I should increase my Instagram followers to get more bookings. So I was picked up by MILK, checked what was happening on Instagram, and looked around for content ideas. A potential avenue because at the time I was learning to skateboard, which I thought might be interesting to share the progress.

I decided to vlog my progress on TikTok and it got picked up from there. The response was crazy, it was genuinely unbelievable, I was not expecting it genuinely. It went from 0 to 200k followers in 6 weeks. I did a collaboration with Braille skateboarding, which was really great and I enjoyed that.

Since starting your journey as a creator, what was the moment where you realized it’s something you could continue to do long-term?

It’s difficult to say but one of the coolest experiences I had is when I first dyed my hair. I saw another creator, Bambisroom (@bambisroom) who inevitably inspired me and made me realize TikTok can be creative and not lipsyncing content. I got to collaborate with them and I really enjoyed that. The hairstyle content got about 8-10 million views between the both of us. I think people enjoy hair content because it’s a difficult thing to do yourself, it’s much easier with someone else.

Do you create and produce content yourself or do you have help from friends? What inspires you to keep creating content?

Honestly, just being able to express myself and be creative. I don’t always get across exactly how I want it but I love editing. I do everything myself on Premiere Pro which I taught myself from YouTube. It’s just the ability to express and show yourself and push myself when I can is rewarding. Sometimes I trial video styles to see what will work the results can be varied and it’s exciting to experiment and keep it interesting.

Currently on TikTok who are your favorite creators?

Someone I love in general is Arthur Hill (@arthurhill69). I messaged him on TikTok but he didn’t reply haha. I really rate his content right now. A fashion TikTok I also love is Tai (@definitelytai). Aaron Kyro (@braille_skateboarding) from Braille Skateboarding. Ben of the Week (@benoftheweek), I also really rate his stuff. Obviously a special mention to Bambisroom who I did a hair video I mentioned earlier. And, erm, Mimimoocher (@reganmia), she seems really cool I really want to meet her.

How long have you been modeling?

I did the fashion show at my school and I was the first guy to have a collection at my school for 17 years. It was frowned upon and some people laughed at me. When I presented it I walked in it and people suggested I should possibly pursue modeling

I didn’t take it too seriously but I saw something on Instagram which said “use this hashtag if you want to get scouted”. I put the hashtag on an old photo, the next day I woke up to a Direct Message in my inbox and it was MILK asking if I wanted to do an interview with them. This was during the first UK lockdown, early 2020. So I’ve been doing it now for 2 years now, I was with MILK but I’ve just recently signed to W because I had a bit of time out when I started university.

With modeling what are some moments which stand out as a good experience for you?

Recently I did a shoot in Milan, I’m not sure if I’m allowed to say for who so I won’t but I did record a vlog which was great fun. Though I guess my actual favorite is a few weeks after I signed with MILK, I had a shoot in Barcelona. I was so nervous I brought my mum with me haha. It was a 3-day shoot and my first real professional modeling experience. My mum likes to think she’s my agent now! It’s definitely a highlight for me.

Where are you taking your inspiration from for your own personal style?

Looking to the future, what do you want to focus on and how do you see yourself developing?

I don’t want to think too far ahead, I just want to focus on the short-term right now, keep creating content, and if people like that. I would really love to grow my Instagram and I really want to do some catwalk stuff if I’m not short enough, I’m only 185cm (6’1’’) but that would be really cool. Long time I want to do TV presenting, though I think it is quite difficult to get into without nepotism and media connections.

At the minute I am quite happy to take opportunities as they come and just work from there, it’s a process and I guess I just keep having to manifest what I want to do, and try and take advantage of those opportunities. Who knows, I’m studying Biomedical Science so I could even be doing that.

What is the best advice anyone has ever given you?

The thing that I always stand by is you have to do you. At school, I was always held back by people’s views and people’s opinions. And you really shouldn’t pay attention to what people think of you. If you want to go outside with pink hair, do it. It really hurts me when I see people who have the potential to be something but they are being held back by social pressure.

What are you watching on Netflix right now?

At the minute I’m watching Jeen-Yuhs (2022), the new documentary about Kanye West. I love it because I admire how much drive Kanye has. I mean obviously, he’s got his issues but he’s consistently trying to push boundaries. He has created himself, he’s self-made entirely.

I love how he is authentic he is. Right now he’s trialing his Stem Player for Donda 2 and using the Pete (Skete) Davidson drama as guerilla marketing for that. He knows how to get people talking about him.