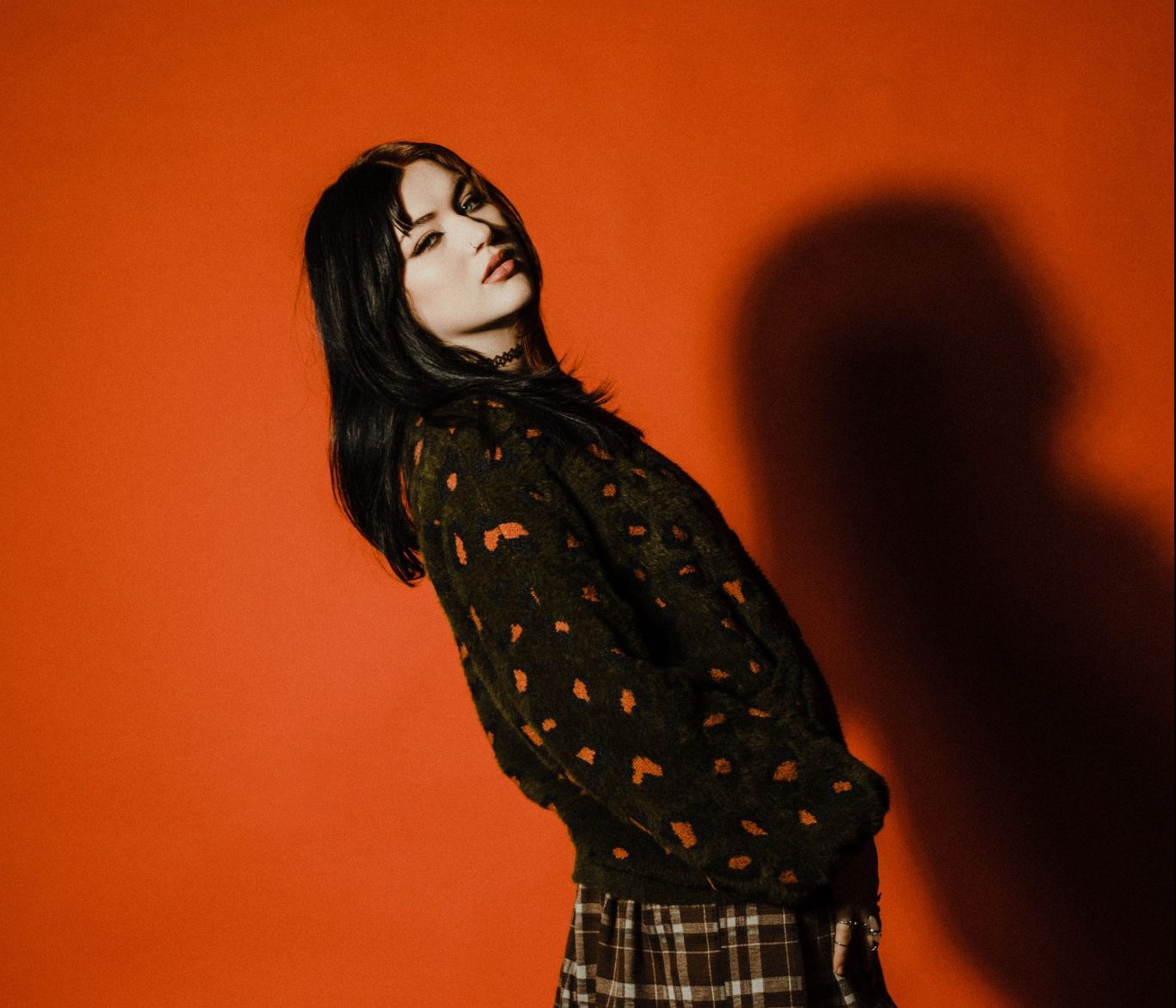 GAYLE is one of those people every generation expects to speak up and give a voice to those who have been put aside for being different and do not fit traditional parameters.

Since she was little has been performing, writing, and singing, but the whole world paid attention to her when her song abcdefu took over all the streaming platforms, and everyone began to ask: who is that girl and why this song is so astonishing?

Nevertheless, she has had some detractors, people who judge her for being too explicit, for speaking her mind out, for being a young woman who sings about her life. I mean, really? Are people from the 21st century still complaining about women who empower themselves with witty words and a badass attitude? What a joke!

So, embrace your youth, enjoy who you are, and get closer to GAYLE as you read the following interview exclusively for Vanity Teen.

Why I do what I do

VT: You have said that you began doing and writing music at a very young age, but how did you get into that world of playing, writing, and composing?

VT: Some may say you are only seventeen, and abcdefu swears a lot or implies somehow adult topics, yet it became an anthem, and young people from all over the world sing aloud each word and feel the song like their own. So, how does that make you feel, especially knowing that those who sing your song accept you as you are?

GAYLE: Sometimes it’s hard to fully feel it because I don’t always get to see these people’s faces, and I can only see them on a screen, but it means everything to me.

It’s why I do what I do. It’s a scary thing to put yourself out there, and it’s really comforting to be accepted by people.

VT: Your hit song abcdefu also became an inclusive trend on social media since many deaf people began to sing it in ASL, and some others who can listen began to be interested in learning how to sign. How was that impacted your life?

GAYLE: My life is completely changed, and that video trend is a big part of it. The sign language trend and all of the people who took part in it are a big reason why the song really got attention.

There are so many ways people listening and making videos to the song impacted my life.

I wouldn’t have heard abcdefu on the radio, wouldn’t have seen my song hit a billion streams, I wouldn’t have gone on a headlining tour, and I wouldn’t be able to travel to Europe this year if it was not for all of the wonderful people listening to the song, supporting it, and making videos to it.

Excited to be performing new music

VT: You scheduled live presentations from March until May in the US, Canada, and London. And, we hope you can add more dates. Therefore, what would you like to share with us about this tour?

GAYLE: In the show, I’m performing songs I wrote when I was 15, 16, and 17.
I’m so excited to be performing new music from the EP, and also, songs that I haven’t yet decided whether they’re coming out or not.

VT: What other plans do you have for the future?

Show them who you really are

VT: Despite all the things currently going on in your life, who are there always with you to make you feel safe, down to earth, thankful, and mentally healthy?

GAYLE: My mother, my best friend, my brother, my manager, and my friend Willie’s dog Mouse.

VT: Besides loving dogs, which simple things of life make you feel happy?

GAYLE: My bed, good music, playing guitar, a popular waffle restaurant icon of the South, coffee, fully-finished notebooks, and spending time with the people I love.

VT: What words would you like to share with those who are afraid to express themselves due to social or peer pressure or because they feel like they have to please others before themselves?

GAYLE: When you’re surrounded by people who don’t know the most real version of you, it’s hard to actually fully be yourself because you’re afraid that people won’t accept you, when in reality, those are just the people around you.

If you can show them who you really are as a person and they accept you, that’s great. Or you can find other people who will take you for who you are. There are so many people in the world. They’re out there.

GAYLE: I came out with an EP on March 18th, and I’m really excited about it. I also hope I get to meet anyone reading this on my tour this year.

Let them talk, they’ll always do

The first time I heard GAYLE’s music, I was not only amazed by how relatable her words are; it was just like if she was telling the world things most of us were thinking but never dared to speak out loud.

So, suddenly came to mind this passage of Becky Albertalli in Simon vs. the Homo Sapiens Agenda: “They put me in a box, and every time I try to nudge the lid open, they slam it back down. It’s like nothing about me is allowed to change.”

By bringing back this quotation and telling you all this, I want you to know that I presume that at any point of our lives, any teenager feels that way, constrained by others who decided to put everyone in boxes that fit their selfish status quo.

But the good news is this: GAYLE and friends come like a squad that lets us know it is OK being honest to yourself and letting people talk because you will never fit their impossible expectations; however, you can be happy in your skin, being who you are, and feel joyful when you realize you are not alone, you are not weird, and others who, just like you, do not want to be told how to dress, talk, or express, love you for who you are.