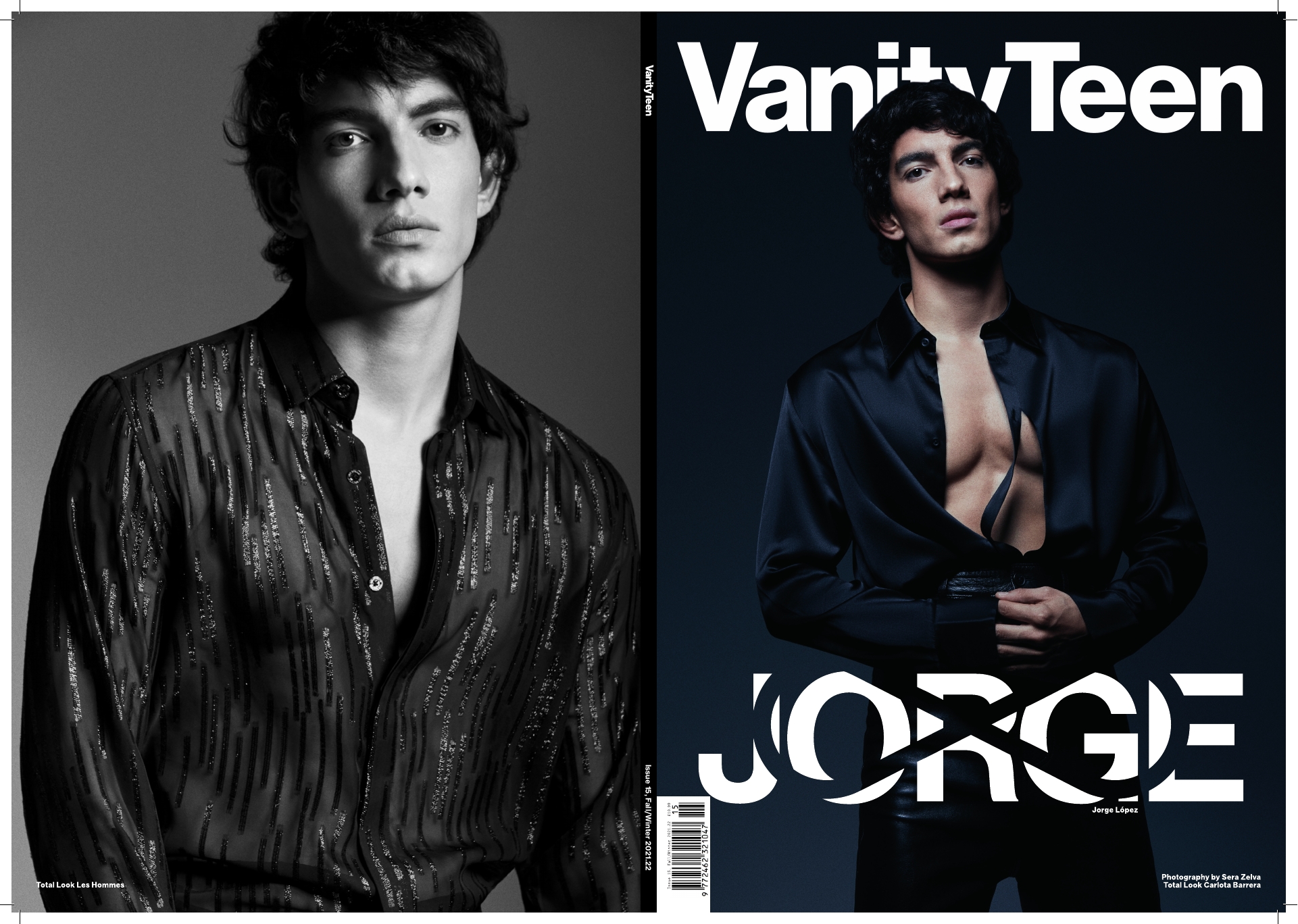 Jorge López (@jorgelopez_as) is an unstoppable force of nature. When he is not shooting a movie, TV show, or fashion campaign, he is raising his voice for those who have been marginalized or need vindication.

This Chilean artist is one of the most famous performers nowadays, and we admire him because he uses all his platforms to share love and celebrate plurality, leaving prejudices behind. His fan base began when he started to gain recognition in teen television series. But, as we all know, the whole world fell in love with him when he played the untamed soul Valerio Montesinos on Elite, Netflix’s global teen phenomenon.

Right now, Jorge López is quite busy filming upcoming projects but did not want to miss this opportunity to approach all of those who always stay tuned with his career through this Fall/Winter edition of Vanity Teen.

Therefore, delight yourself with this exclusive interview in which the artist reflects on the journey that helped him become who he is today, shows his love for his loyal fans, talks about his new projects and invites us to become a better version of ourselves.

VT: When and how did you decide you wanted to dedicate your life to performing and entertainment? Did you receive support from your family when they found out about this decision?

JL: I decided it when I was very young. Somehow, without noticing it, it was the first thing I began to do. I used to perform in kindergarten; being there, I acted, sang, and danced.

I kept doing so until I finished high school and began to work officially.

At first, my family did not support my decision until they began to realize my work and career accomplishments. So, they came to understand, and most importantly, they started to respect my life choices.

VT: Nowadays, how do you recall the experience of being part of a TV show like Soy Luna that still has faithful followers?

JL: I remember it with love. Thus far, it is the project with the longest time on which I have worked. I mean, those were four years, three TV seasons, and three world tours.

It has been one of the best experiences of my life. Even today, fans remember that show fondly, and that’s really satisfying. It means a lot to me that they appreciate my work. It is wonderful!

Starring in Elite, audiences identified with your character Valerio Montesinos because he realized that material things cannot make you happy and came to understand the importance of being accepted for who you are, not wealth. How would you describe the journey Elite was for you? And, what would you like to share with those who love Valerio and identify with him?

JL: It was a wonderful journey and an intense year. I remember we shot the two seasons in a row. It was very quick; however, I tried to assimilate it the best way possible. He was a difficult character to portray; so, I did my best with empathy, and it made me grow.

To me, it was a life-changing experience leaving prejudice behind. And today, I am a better person, both personally and spiritually. We keep something of every character we play.

Just like the fans, I identify with Valerio in many ways. I would tell you not to be afraid and never ask permission to be who you want to be. Keep in mind that it does not matter if you fail at something because the most important thing is to learn from that experience and move on.

Do your best to avoid making the same mistakes.

Times are changing a lot

VT: Your modeling career has been great, as well. What can you tell us about it and about being part of the 212 Heroes campaign?

JL: I am more than grateful when the fiction projects I have worked on represent who I am and feel them inside. So, it’s great when it all makes sense, and I give voice to those characters who need it.

Something similar occurs when I get related to brands and work in fashion. I always try to keep being honest and bond myself with the essence and messages they want to share. In this case, with Carolina Herrera, I did not hesitate in saying yes when they came to me.

This is a campaign that shares the message that we can all be heroes, even ordinary people who shine through their efforts in different areas. There are fellow artists from different worlds, languages, and cultures.

It was a powerful experience. And I am so proud of representing Latin America.

VT: Now and Then has been recently announced; what can you share about this and other future projects?

JL: Now and Then is a European American co-production thriller by AppleTV. We just finished shooting, and I think it will be a hit. My character is named Alejandro Vilas, a charming guy who is full of light that keeps a big secret from his family.

The series takes place in two periods, where its characters intermingle, and conflicts are difficult to resolve.

The cast is amazing. I admire my teammates a lot. I am happy to be part of this project. Hopefully, its premier will be in 2022. Also, next year I will be on Netflix Brazil’s Temporada de Verão.

VT: Do you think youth need more diverse representation in media? Why?

JL: Yes, totally! I think times are changing a lot; furthermore, we are witnessing an important human evolution. At least that’s what I want to believe.

Respect and tolerance are fundamental when it comes to talking about relationships. Also, making visible lots of diversity in our youth facilitates dialogue between people because, whether you like it or not, TV and mass media bring realities closer to us.

You can read the full interview by purchasing a copy of our Fall-Winter edition HERE. 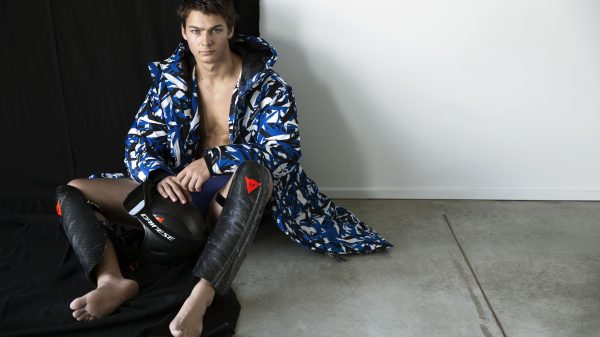 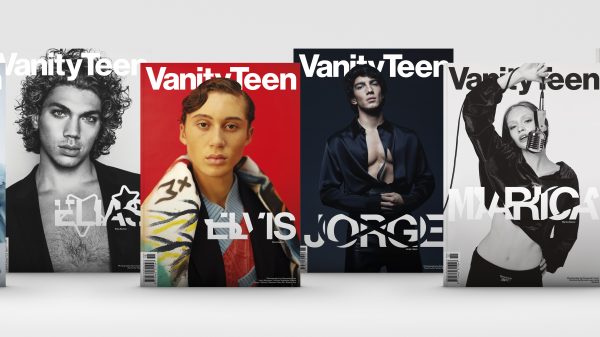 “Our mind and spirit are in which we should strive to find home and serenity, homedoesn’t start with a place; it starts deeper, miles... 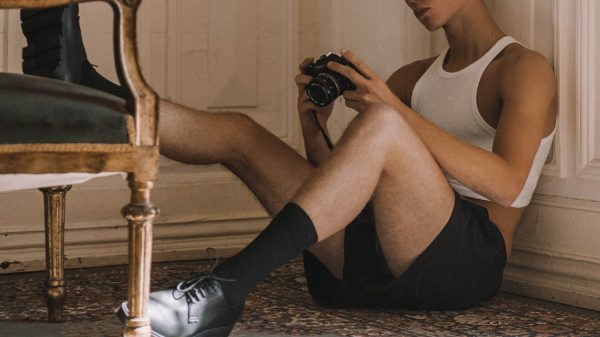