Costanza Pirazzoli "You want to dream, to let yourself go… " 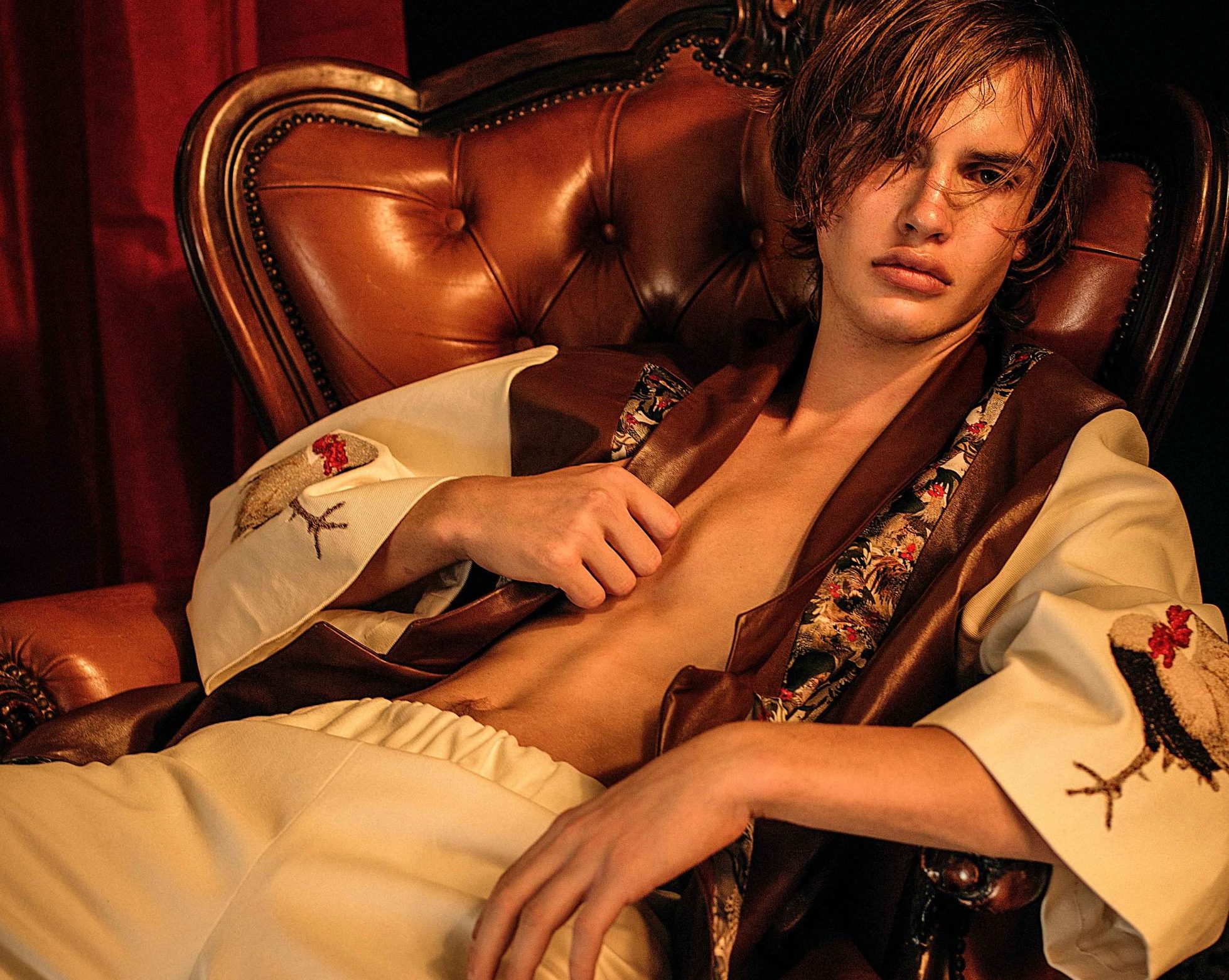 I never had doubts about what field I would have wanted to pursue a career in, the fashion world has always captured my attention and my curiosity. Over the years, the initial idea I had pictured of “my future” has evolved and changed shape many times, along with my personal growth. One of these changes is represented by the decision I took during my last year of uni to focus on menswear, a path that I didn’t imagine I would have followed, but that now inspires me so much that I will want to keep exploring it in the future because, in menswear, I found the true way of expressing myself, and because I think that today there is still so much new concept to say through menswear.

And now, the work experience I recently started, is once again challenging me, teaching me facets of this world otherwise unknown to me, and in the process I am growing both professionally and personally.

To do this research, I drew inspiration from a book by Alessandro Baricco I recently read: “La Sposa Giovane”.

The story, set at the beginning of the 20th century, is about an aristocratic family and the almost surreal events that characterise their lives. The evocative descriptions used by the author to depict the male characters served as a starting point in the process of creating a collection that would ‘dress’ them and eventually bring them to life. Hence, I focused on the features of the two main male characters (The Son and The Butler) and blended these together into the present collection.

As far as The Son is concerned, Baricco highlights his ‘extremely fragile features’ and the ‘elegance of an ill person’; both depictions resonate in the work of XHXIX, an anonymous Japanese artist, who since 2013 has created digital drawings where pastel colors and very young emaciated faces are dominant. From here comes my choice for tenuous color and some of the oversize volumes. The author also describes The Son as the bearer of a ‘delicate feminine essence’, which I thought is well-represented in a photo-shoot where the model’s feminine elements are juxtaposed with the grunge ones.

The latter, despite deviating from the original ‘delicacy’, would fit particularly well on an East London background, which could also be the perfect setting to The Son’s life events, being that he is English. To further impress the feminine personality of the character on the collection, I also drew inspiration from the movie “Orlando” (adapted from Virginia Woolf’s novel) and I used piercings and pearls together to convey an idea of Gothic but at the same time regal romanticism.

The second character I took into examination, The Butler (named Modest), is the minister of the house. This is because any event that takes place in the family’s life is compared to a pagan ritual and he celebrates each of these rituals. For this reason, with my work I referred to the illustrations of Han Ahreum, a Korean game concept artist who represents priests and sacred figures using both medieval and fantasy features. Since each chapter begins with The Butler announcing the beginning of the day, I used the idea of the rooster to create prints that are reminiscent of Japanese paintings. In the final thesis, I explored the idea that, whenever we read a book, we experience an escape of the imagination and I argue that this experience shares the same main features as the creative process behind the creativty

It’s during Paris Fashion Week that we met Paris-based model Florian DesBiendras. Ice blue eyes, long and curly hair, mischievous smile, we can’t resist his natural charisma. While studying drama in school, Florian is walking for Yohji Yamamoto, Etro, Cerruti and Vivienne Westwood. We talked with him about his experience in the fashion industry and his aspirations of acting.

VT. How did you start working in the fashion industry? I was walking in the streets of Paris, I still remember it was the day of my 20th birthday. It’s on that special day that I was scouted. An English booker came to me and gave me his card. A few weeks later I was in London working on Fashion Week. How did things happen in the beginning of your career? You want to dream, to let yourself go… But I had to face the reality of the industry. I’ve met lots of closed doors. My beginning was not an easy road but I really wanted it. So I kept on being positive, and I knew it was just a matter of time. Until I met my new manager, almost 5 years ago now. He’s someone that truly believes in me. You did a campaign for Maison Michel with Girls star Jemima Kirke and photographed by Karl Lagerfeld. What was that experience like? I couldn’t believe it when I got the call from my booker. I hadn’t done any casting for this job so it was a total surprise for me! Two days later I was introduced to Karl. I was a bit nervous as you can imagine, he is such a legend. He was joking around being super nice and relaxed. He really gave good vibes to the shoot. Campaigns are always very impressive and important for clients, so it was pleasant to make it relaxed, but productive! And I got to meet Jemima, we had a nice talk about acting and more… A great lucky day! What did you know about the fashion industry before actually working in the industry? I didn’t know much about designers, but I knew that models were traveling a lot, and that was my motivation. What is your best experience so far since you started working as a model? It’s hard to pick… Modeling offered me so much. I’ve been living in NYC, in Asia. It has been a big achievement for me. That’s how I became fluent in English! I still remember the adrenaline when I did my first shows. You also have the excitement of being free for whatever opportunities clients can give you. My best experiences so far have been to work with talented designers like Vivienne Westwood, Yohji Yamamoto and Karl Lagerfeld. What are you doing when you’re not working as a model? When I moved to Paris, I studied cinema and theater at La Sorbonne. After that, I did some private acting schools. Acting is really taking a big part of my life currently. That’s why I decided to enter in the Drama & Lyric Art Conservatory of Paris, where I’m still studying. What did you want to be growing up? Theatre has always been a dream to me. I slowly started at the age of 15. After what modeling brought me in terms of confidence and beliefs, I naturally followed my way. What are your next projects? I’m focusing on my artistic projects. I’m doing 2 classical concerts in Paris the next few months. In June, I’ll be performing in a play based on Simone de Beauvoir’s essay: “Le Deuxième Sexe”. I’m also working on my own play dealing about trans humanism and austerity. It should be on set for September. I’m very excited! What would you like to change about the world? Tolerance is big enough to make the world change! What would you like to change about yourself? My concentration! I’m tall, maybe somehow too close to the clouds… haha How would your friends describe you? They said: careful, discreet, funny, philosophical, optimistic….