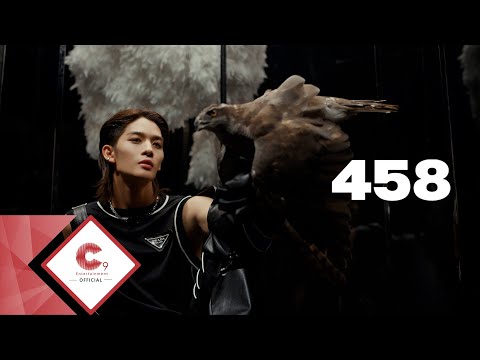 Anytime the K-pop group CIX (@cix.official) returns with new music, we’re guaranteed the absolute best – so needless to say, the recent single “458” lives up to the hype for longtime listeners. Courtesy of a fresh electro-hip-hop merger, CIX’s late-2022 re-entry point has officially earned the already respected group a substantial increase in global streams and music video views after previously establishing a uniquely suave demeanor across infectious singles like “Cinema”, “Jungle”, or “Movie Star”, that each proved to be long-term smash-hits within a versatile discography.

More impressively, the group’s new mini-album OK Episode 1: OK NOT, as a complete body of work, takes things a step further and demonstrates their long-standing drive to produce daring, evolutionary K-pop challenges that avoid any perception of stagnance. Throughout OK Episode 1: OK NOT, CIX exceeds the mainstream impulse to pivot with genre-bending pop music products while narratively yearning for answers on how to navigate love and the vast range of emotions or desires that can follow – with everything from the tenacity of “458” to the contrasting sentimentality behind their poignant closing track, “여름바다(Drown in Luv)”.

After dropping another stellar mini-album and a music video for the single “458”, we took the opportunity to speak to the entire roster of CIX about breaking down all things OK Episode 1: OK NOT!

You’re back with your new mini-album, OK Episode 1: OK NOT, which marks your first big comeback in a year – but you’ve had a lot going on in-between releases! How has the group’s sound that fans know so well, changed between OK Prologue: Be OK and OK Episode 1: OK NOT?

SEUNGHUN: In the last album, the overall story of youth was the main focus, so we showed the album with bright and refreshing sounds overall. In this album, we wanted to show a mature side through the love experienced by young people and various emotions derived from love, so we wanted to show not only a more intense concept but also musically rough and energetic sounds.

The title track “458” lures listeners in with a piano and soft vocals before it switches it up to an electro-pop feel. It even pivots with an unexpected rap verse that takes listeners on an adventure! When the song was first presented to you, were there any concerns about bringing all these pieces together, or did you view this as an exciting challenge?

BX: When we first heard the title song, we thought it had a uniquely dynamic composition. Therefore, we thought that we could express the conflict between reason and instinct well in the song, and we wanted to show such expression as much as possible. That’s why we actually re-recorded the song after the original recording was already finished.

“Bend the Rules” feels like a straight-up CIX pop track with some serious passion behind it. Was there a song on the mini-album that you’d say acted as a safe space, or a possible anchor to the group’s more traditional style?

BAEJINYOUNG: We think we were able to express our unique color the most in this album through the title track, “458.” It’s a different style from that of the previous album, but we think we expressed the combination of our teamwork through performances and a new group color as CIX. Our concept story is narrated throughout the entire album, but we think “458” is the best expression of our concept story.

Going down the tracklist, “Without You” is the next song with the potential to be a real crowd pleaser and I can practically envision the fans singing along to it now! Of all the tracks on the new mini-album, what would you say is one you’re each most eager to perform for your next tour?

SEUNGHUN: We want to perform all songs, but if we were to choose one song other than “458,” we want to perform “Without You”! It’s tightly connected with “458” and many fans love this track because of the track’s addictive chorus. Also, we want to choose this song to show that we are nothing ‘without’ our fans’ love.

I have a special respect for “여름바다(Drown in Luv)” and the overall production is something that I really connected with. In this instance, the group’s ability to harmonize is enhanced by the song’s orchestral backing and recurring use of guitar –  leaving nothing but a magnificent impression by the time it concludes! What member would you say surprised each of you the most when it came to the creation of the album’s final song?

YONGHEE: We all love this last track, “Drown in Luv” because the mood and melody were good and would go well with this summer. As the main vocalist of CIX, SEUNGHUN sang the high pitch part in his true voice instead of using falsetto, which contributed a lot to the overall mood of the song.

Are there any final thoughts about the album or the experience of making OK Episode 1: OK NOT that you’d like to share with fans and Vanity Teen readers?

BX: While preparing for this album, we wanted to show that CIX has grown in all aspects. We always work hard to improve every time we make a comeback. We don’t put limits on ourselves, and we want to be a singer that our fans are proud of. Therefore, we thought a lot about which song to choose as a title track, so we discussed and paid attention to each other’s musical parts, outfits, and even hair. We hope our fans like our fifth mini album [OK Episode 1: OK NOT] a lot!

CIX’s mini-album OK Episode 1: OK NOT is available now and the music video for “458” can be viewed above!

In this article:Cix, exclusive, k-pop, music