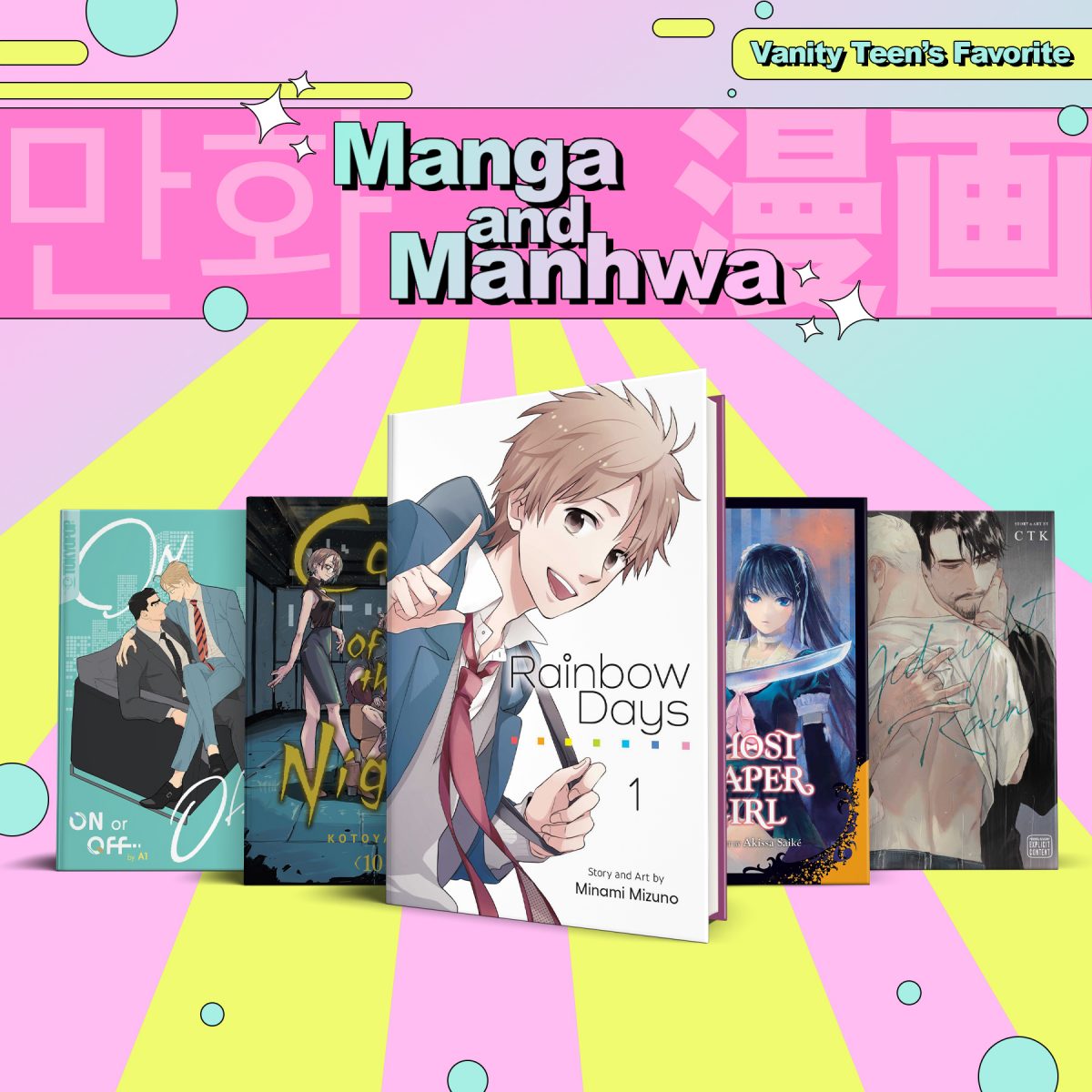 Tis the season for glorious manga! The holidays, (or for those of you who don’t celebrate, the frosty winter months) are upon us, which means it’s time to cozy up with a good book and your favorite comfort snack in order to enjoy the perks of a little extra downtime. After all, you know that you deserve it!

So while you’re trying to figure out what ongoing title to catch up on or perhaps check out for the first time, we’ve taken the time to help you figure out which books are essentials for your current manga/manhwa collection. Or at the very least, your prospective new one – because everyone has to start somewhere! Without further adieu, let’s get started!

Call of the Night

Premise: “One sleepless night, Ko slips out to walk the streets. Life after dark is a revelation! Especially when he meets flirtatious Nazuna. Except that she’s a vampire. That’s okay. He wants to become a creature of the night too. But transformation doesn’t come that easily…”

Currently: “Kyoko launches her ambitious master plan to rid the world of vampires. How can Ko and Nazuna stop her? Then, when Ko gets injured, it leads to questions about the state of his humanity. Afterward, some relationships get mended while others are broken. Plus, a new haircut!”

Why It Works: In the milestone 10th volume of Call of the Night, we follow up the previous cliffhanger with resolve that feels like a satisfactory deep-dive on Kyoko and what led her to the dangerous path she’s chosen – and that alone has the ability to pull at your heartstrings yet without being a throwaway storyline. The way the situation is handled only sets up a slew of new questions including more about Ko’s identity, the push and pull between Nazuna and Kyoko, or even brief topics about mental health, which shows that one action can have a ripple effect in this universe.

Moving on to the real focal point of the volume, the ramifications of an unexpected injury lead to a new journey seeking out a character that has the potential to be a dangerous foe or a complex story about forgiveness. Regardless of the direction it takes, the volume is a fast read because there isn’t a single chapter that leaves you uninterested. Call of the Night is a story that also feels accessible to new viewers as we still set the ground rules, so you could certainly suggest this is a solid book no matter what side of the readership fence you’re on.

Premise: “Chloé has dreamed of leading a glamorous life as an actress ever since she was little. But being the ripe old age of 28 might be working against her, and her spontaneous displays of violence aren’t helping either! Not all hope is lost, however—she might be perfect for the role offered by a mysterious and charming new man in her life. Can Chloé become the Ghost Reaper Girl and take down the evil spirits that have escaped from Hades?”

Currently: “Chloé’s had nothing but success so far as a spirit hunter, and she’s got the bank account balance to prove it! But when she takes on a new high-level job, she may have bitten off more than she can chew. Not only is the target a big one—she’ll have to get along with other talented hunters who want to claim the prize for themselves!”

Why It Works: Three volumes in and Ghost Reaper Girl is really finding success in story building for this rather quirky and magnetic protagonist, without risking any possible early burnout (and actually kicking things up a notch!) When we first met Chloé, she was just getting her life on track before taking on a new and drastic responsibility, so the ongoing manga recognizes the need to explore both parts which can be a perfect approach to establishing long-term readers. By the third volume, there’s also enough of both going on in an organic way that the title doesn’t currently present a weak point in any of its initial set-ups either.

Ghost Reaper Girl creatively presents its meta-loving readers with plenty of humor, a lot of action, stunning creations of art down to a pristine DVD collection, and of course, a story that’s sure to turn into quite a ride. So with that being said, do yourself a big favor and jump into this title now while it’s still early enough to get caught up with a quick read!

Premise: “These four friends couldn’t be more different: Natsuki Hashiba, a dreamer who longs for love, Tomoya Matsunaga, a self-centered playboy, Keiichi Katakura, a winsome guy with a hidden saucy streak, and Tsuyoshi Naoe, a socially awkward nerd who loves anime, manga, and games. Together their high school days are as vibrant as rainbows!”

Currently: “Excited to have plans on Christmas Eve, Natsuki feels like he’s finally catching up to his friends who are in relationships. But when the night doesn’t go as expected, the stage is set for falling in love.”

Why It Works: From Rainbow Days premise alone, you just know that the first volume of this feel-good manga is very much created from warm connections that stem from friendship, individuality, and a need for love, making it the perfect season to drop this title. As you dive deeper into the introductory story about this unique oddball group of friends, each personality gets time to shine and often plays up quirky (or straight-up unhealthy) qualities, but appropriately centers around the perfect moral compass as opposed to the “degenerate” friends that have formed his brotherhood.

Each potential romantic relationship (or lack of) gets hefty time in the spotlight too, creating a fuller world that’s the perfect story for creator Minami Mizuno to expand on as the author’s first ongoing series. By the end of the first volume, this at one point lightly off-putting group finds a way to work its way into readers’ hearts for the long haul, which makes us happy to recommend this charming shojo manga for your collection. If they can’t find love, at least they’ve found each other!

Premise: Ethan lives a monotonous life trying to pay off his crippling debt—until the day Mike appears at the neighborhood laundromat looking the worse for wear. Both men find themselves struggling in different ways to go on, and it’s these struggles that bring them together in the throes of passion while simultaneously threatening to tear them apart.

Why It Works: SuBLime has had a reputation for catering to everything from one-shot titles to lengthy ongoings like His Favorite and World’s Greatest First Love (Volume 16, when?) but their final release of the year is a stand-alone story that’s opting for a fresh and very contained addition to the publisher’s current LGBTQ+ focused catalog. More importantly, it caters to audiences that are looking for something with a slightly more mature edge to central characters and in essence, offers a new perspective on a different demographic.

The primary characters come from two very different places in life (and in several ways, drastically opposing traits), but from the first chapter have a tangible bond that acts as the heart of the one-shot manga. Regardless of a little one-sided reluctance, the pair effectively drives this story forward and has become one of SuBLime’s best licenses of the year.

Premise: “After joining his friend’s startup, university student Ahn Yiyoung never imagined he’d end up presenting their work directly to SJ Corporation, a major company headed by one of the most sought-after talents in the country: Kang Daehyung. It certainly doesn’t help that, on top of being a bigshot executive, strikingly handsome Director Kang is his ideal type! When his presentation fails to go as planned, Yiyoung’s desire to impress Director Kang leads him to take desperate measures… and lands him in a whole new mess, tangled up between his personal and professional relationships. How far is Yiyoung willing to go to achieve success in both his love life and his career?”

Why It Works: This five-volume series already starts off with a brief, finite story, so readers know that the payoff is going to be within a short stretch of time – something that can benefit or hinder a title from the jump. In the case of On or Off, this award-winning manhwa title uses that to its advantage and wastes no time getting its audience invested in the outcome of this suggested pairing in a workplace slice-of-life and occasionally dramatic BL title.

As a second chapter of the predetermined and contained story, we learn just enough about both central characters to keep readers invested in the remaining volumes that are still to come – making it two chapters in a row to impress its fans. Furthermore, the sharp presentation of art highlights the setting and gives it a nice little switch-up from other recent romance-driven titles. As far as BL manhwa series go, this is a nice little gem to check out with an ending that’s just around the corner! 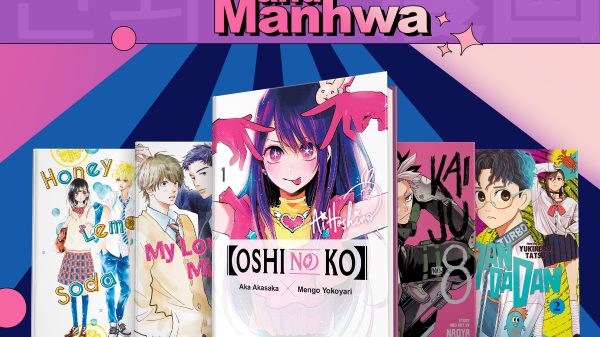 A new year means new manga, and the beginning of 2023 is completely stacked with fun titles to immerse yourselves in.  For example, January... 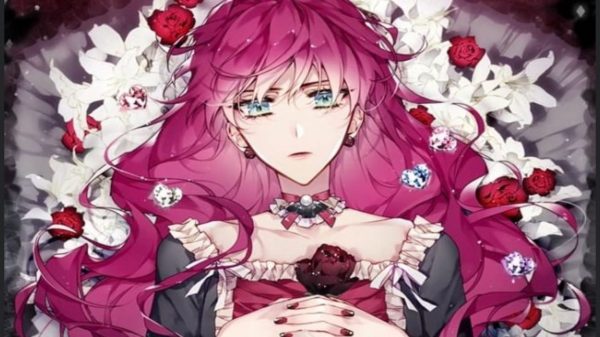 The massive American manga and graphic novel distributor Yen Press has been behind some of the most fantastic titles in the game (including the...