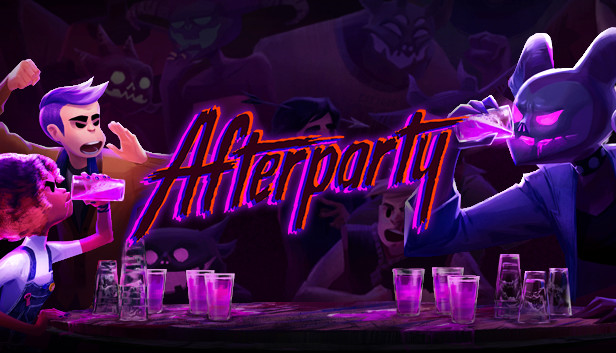 Lola: “I want you to understand that I’m not blaming you for getting us killed and get sent to Hell. And I’m not even saying outdrinking Satan to get back home is the worst idea you’ve ever had.”

Lola: “I’m just saying, you should pace yourself”

Even by this small extract from Afterparty, what comes across is the sass of the protagonists. But, with so many hilarious jokes, drunken dialogues and the innovative twist on Hell, the entire game is just something else.

The logline is simple: you and your best friend need to get out of Hell by reaching Satan and challenge him to a drinking contest.

If just this premise seems fucked up, wait for realising Hell is a never-ending party and that is full of odd characters who are going to follow you during the craziest night of your lif-… of your death? I guess it depends on how you wanna see it.

Night School Studio already got the attention of gamers thanks to Oxenfree (2016), a project similar to Afterparty when it comes to the quirky humour and the intuitive gameplay. But, my folks, things got upgraded: in this second game, there are adjustments of the design, the motions, and the flow of the narrative.

To be fair, it’s not even about the upgrade itself here: this game works amazingly because of the overall personality they were able to maintain throughout the plot.

They started with a strong idea (tell me another game where you can party in Hell and get unique dialogues in base of the drink you decide to chug), but they developed a strong and characteristic location with unexpected narrative choices and an aesthetically pleasing layout.

Afterparty is one of those games you can play multiple times: not only because it has a lot of choices that influence your storyline and your ending, but because of how fresh and well-thought it is. Somehow, this game gets more and more realistic once you reach that point where the characters are an extension of yourself: anyone could empathize with two mediocre, young teenagers with a witty sense of humour and a lot of things to blame each other for.

There’s a sort of Bojack Horseman tactic: it might start off as a genially satiric, original and light-hearted critic to nowadays’ society, but while you go ahead playing, the plot thickens and demands a certain attachment to the characters and their whole evolution to fully enjoy what’s in store for Milo and Lola.

Afterparty is unusual, eccentric. It’s the underdog of 2019.

It’s a well-rounded narrative adventure that is going to make you laugh and gasp many times. I mean, there’s a specific drink that lets you speak like a drunk pirate. How can you resist? 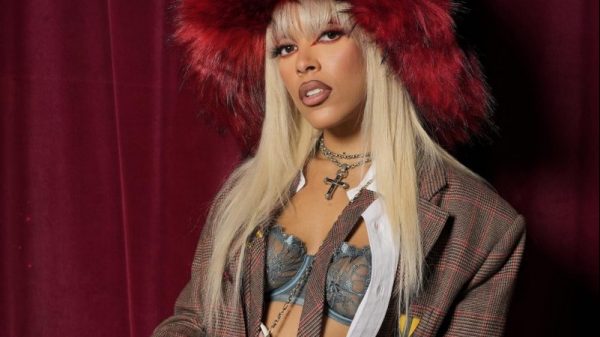 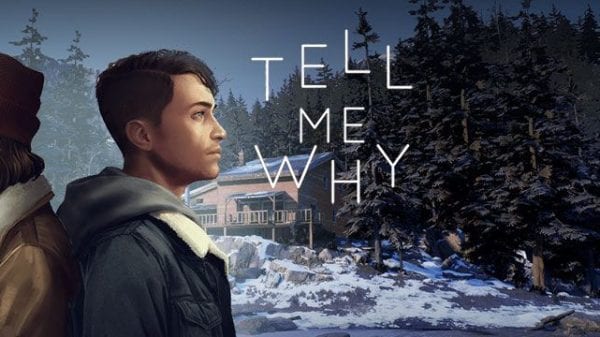 Just around a month ago, DONTNOD Entertainment (Remember Me, Life is Strange) released the third and last chapter of its new narrative adventure Tell...