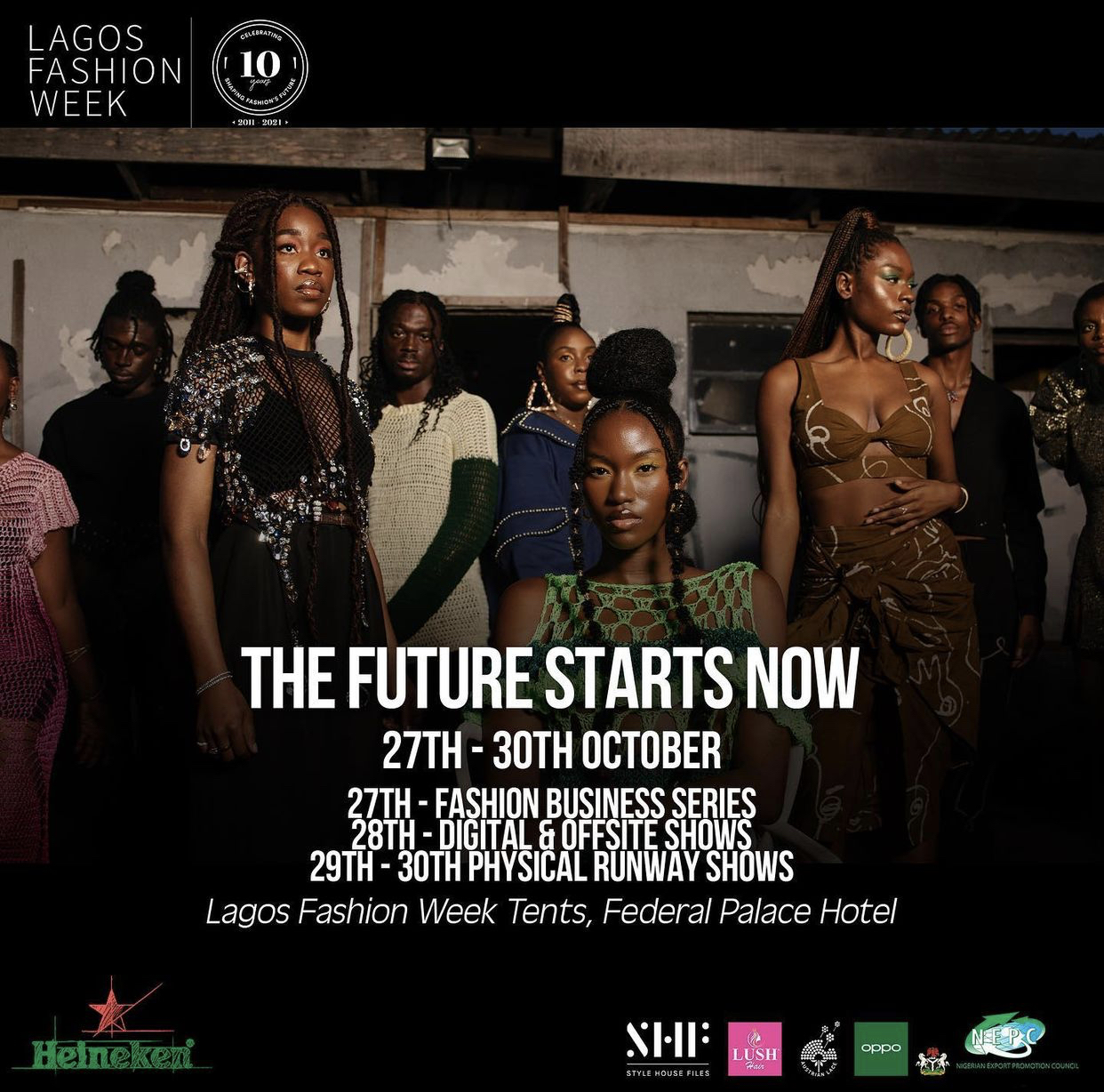 The Nigerian fashion industry has had an unprecedented past year. When the coronavirus pandemic hit us, we thought to go on with hybrid shows like the rest of the world; But, the protest against police brutality – ENDSARS, started, forcing us to halt every form of preparations towards the showcase. However, on the 22nd of July 2021, Lagos Fashion Week announced on their official Instagram account that the most anticipated fashion event in Nigeria was finally back, and would be happening on the 27th through 30th of October, 2021.

Fast forward to the D-Day, Lagos Fashion Week which was held at the Federal Palace Hotel, Victoria Island, Lagos, Nigeria, opened its doors to fashion personalities from both far and wide. Designers are back with the usual bustling spirit, either showcasing pieces that speak to their personal ethos, or just trying something really different, but still keeping to their brand’s aesthetics. After watching over 30 shows, both live and offsite, Vanity Teen had the pleasure of speaking to 5 menswear designers whose designs you should anticipate these coming seasons.

Emmy Kasbit is the Nigerian sustainable brand that’s founded by Emmanuel Okoro, a 30 year old designer from the eastern part of Nigeria. Okoro is known to use Akwete for his designs, a kind of fabric that is peculiar to people from eastern Nigeria. Just recently, he took home the ultimate prize of winning the inaugural African Fashion Up prize – a competition held in France. For his SS/22 collection titled Ozoemena, Okoro dives into pre-colonial times and the Biafra wars that happened in the 70’s. His designs showed women on skirts and structured suits, with men on double layered straight pants – all strutting powerfully on the runway. Accessories like the popular baker boy hats and bags also came in handy, allowing the models to walk with the very same emotions used to create this collection. “The Spring Summer 22 collection is titled ‘Ozomena’, and it talks about the civil war that happened in Nigeria between the year 1967 and 1970,” he tells Vanity Teen. “This season we’re referencing the past because each season we try to preserve history by telling stories of what has occurred, but interpreting it in our own way.”

For Ugo Monye, his SS/22 collection was something for the books. He’s had quite the year, and he wanted to use this collection as a gateway to expression and exploration. This collection showed the use of minimal colours, and balanced exaggerated patterns, styled with many accessories – bangles, phones, etc. The pants were predominantly made from Aso-oke, with details of sequins at the hem. “For my SS/22 collection called Opulence, I thought about how we could use the richest of materials – from pearls to also-oke and even the very classy velvet,” he tells Vanity Teen. “As I mature in the industry, I’m understanding how colours work and how they can help show something more meaningful. I have so much I want to show, and doing it using strategic colours would help me get there.”

Structures, deconstructions, movements, layers, pattern works, and fabric manipulation – a very typical and lovable JZO aesthetics. Contextually, JZO is a modern Afro-Urban menswear brand that draws inspiration from traditional Afrocentric traditional themes and experiences to define menswear style. The brand is founded by Joseph O. Ike and Ola Akindeinde. With this SS/22 collection, the duo thought to bring hope and cheers out of all the uncertainty and doubt we have as humans. Fabric deconstruction, layering, and pattern manipulation is one of the brand’s greatest strengths, and they leveraged on that to produce pieces with very unmissable details and patterns. Looks were majorly monochromatic, and colour choices were predominantly nude and magenta. “Our SS/22 was the drive to create something new out of all the uncertainty. The working in is finding ‘X’, and it’s the common algebra exercise we’ve all had to go through for what may seem as a complex situation,” he tells Vanity Teen. “We try to keep it fun and simple while we continue to define what men’s style means to us.”

TJ Who is a menswear label founded by Taju Ibrahim in 2018. TJ Who is a universal brand and design company, using fashion as a medium for expression. It tries to bridge the cultural gap between other countries in the world and Africa, interweaving them into their pieces. The brand’s aesthetics plays with designs that are inspired from multiple cultures and backgrounds like Japan, Morocco, Nigeria, China, etc. Storytelling is such an important part of the brand’s aesthetics, which you can see from the intentionality of the pieces – the tailoring, the minimal use of prints so people could pay more attention to the details. “Our SS/22 is an extension of our Infrared Collection, which will be dropping soon,” he tells Vanity Teen. “I wanted people to see the level of sophistication we put into our works – the hidden details, mostly plain fabrics, reversible shirts, attentive stitching, reversible shirts and detachable collars.” Vanity Teen got an exclusive that come January next year, Taju would be taking his team to Paris to showcase his SS/22 collection; and wants everyone to be on the lookout for that.

Rick Dusi is a menswear label founded by Eromosele Patrick Eidusi. The brand is known for its structured suits and well tailored garments. Only recently, Eidusi styled the talented Grammy nominee actor, Tim Kubart. For his SS/22 collection, the designer, as every other showcasing designer, takes us back in time. This time, to the recent fight against police brutality. This, he did through the use of minimal colours, with predominant shades of browns and reds. “What inspired my collection is what went on in Nigeria last year, the ENDSARS protest, and what is still going on here,” he tells Vanity Teen. “I wanted to use this collection to tell the stories of us as Nigerians, struggling and managing to live against all odds.”

In this article:exclusive, fashion week, nigeria 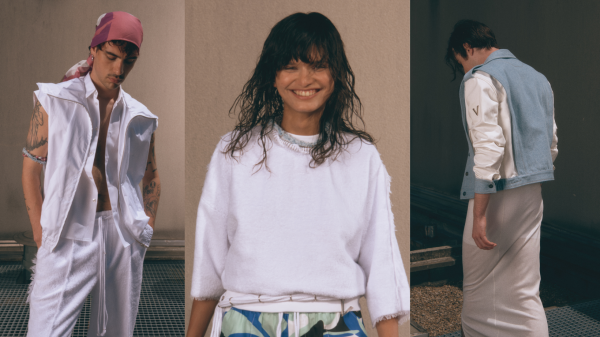 In exclusive for Vanity Teen, we share a sneak peek of Valette Studio (@valettestudio) “L’été 23” Spring/Summer ’23 collection ahead of its unveiling at... 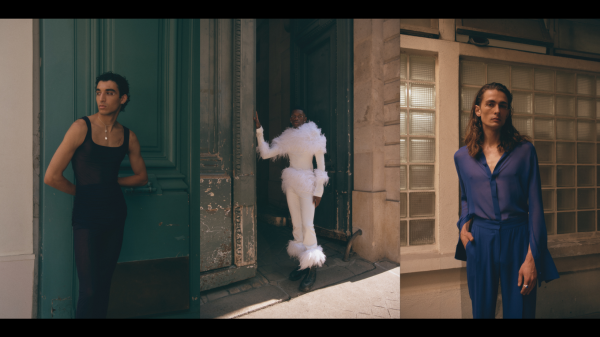 Backstage at Arturo Obegero (@arturoobegero) Spring/Summer ’23 “Song to the Siren” collection showcased during the third day of Paris Fashion Week. Captured under the... 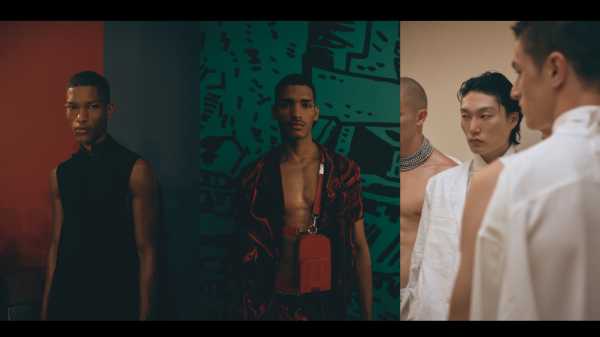 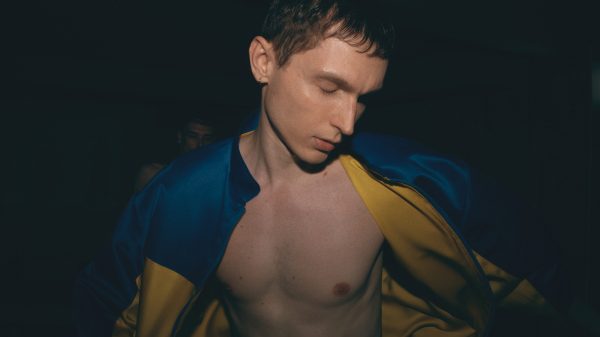 Photographer Alan Marty (@actafabulaest) took us backstage at Jeanne Friot‘s (@jeannefriot) presentation of her Spring/Summer ’23 collection titled “Love is Love” showcased during the...