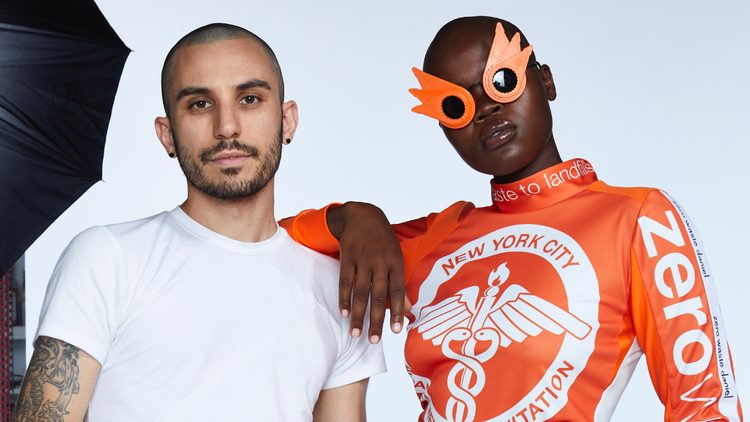 “Zero Waste Daniel” is a fashion brand that started 15 years ago by Daniel Silverstein, a designer living in Brooklyn, New York. This brand gained popularity for its sustainable, eco-friendly, and handmade unisex apparel brimming with style.

Its colorful, pop products have a street-casual design, made with fiber waste, such as cuts and clothing that remains from previously manufactured clothing. These one-of-a-kind pieces are very well received mainly by the younger generations who want to express an edgy or rebel style casually, but also by people who are interested in environmental issues, in the United States, but the number of fans is increasing around the world, especially in Japan, not only for its modern style but also for giving some use to leftovers, because in the end, “Zero Waste” means “no waste”.

After studying design at FIT (New York State Fashion Institute of Technology), Daniel came up with the idea of creating clothes combining different textile wastes from the industry in a personal design with different colors and patterns. He later began creating other items like pants and jackets to sell at Brooklyn stores. He is currently creating swimwear made from recycled materials in collaboration with the New York City Department of Health, and bags made up of disposed of plastic bags.

The prices range from 100$ to 300$, and the production volume varies depending on the number of cuts and clothing remains used as materials. T-shirts can be made in units of hundreds, while some other outwear can be made only a few.

Even though the combinations are the same, the colors and patterns of the pieces are different, so everything is unique.

Daniel Silverstein is planning to expand his sales overseas, starting with Japan, since he participated in the “New York Fair” at Hankyu Umeda Main Store in May and at the “Tokyo International Gift Shop” in September, hoping to find a sales partner.

In this article:Zero Waste Daniel