The designer is nominated for this year’s International Woolmark Award.

“The collection was triggered by all my memories of my mom saying things like ‘Don’t put your hair in the bin or birds will peck on it and you will get a headache, ‘a lot of different spiritual beliefs.”

presents RITUAL fashion film: a fashion show and accompanying film for fall-winter 2022.23 explore the spirituality that brings communities together. In support of British Afro-Caribbean culture and Nash’s Guyanese heritage.

“I’m always interested in how to expand the language of activewear,” 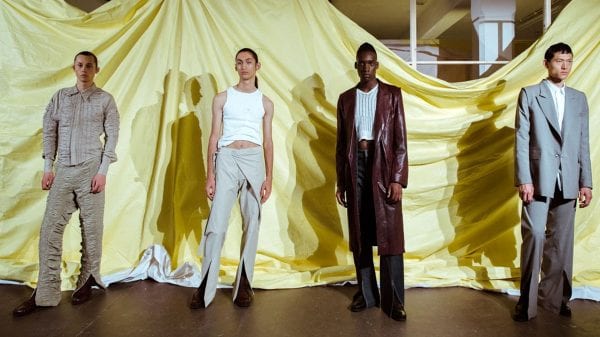 If you’re already supporting BLM, now is the time to give a voice, encourage, support and uplift black fashion creatives and their businesses.