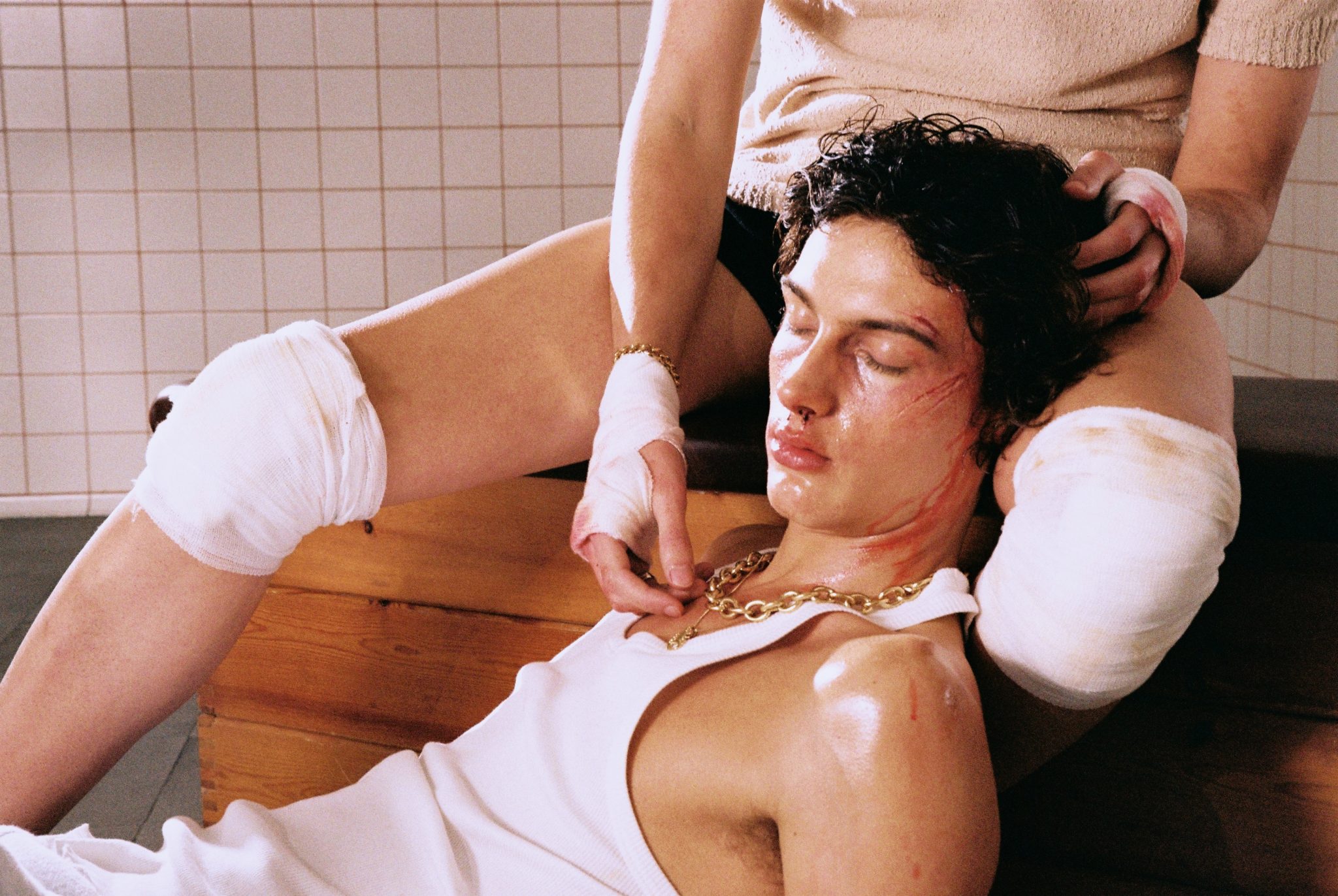 Rise is focused on the aesthetics of Greco-Roman wrestling and has also certain sculptural references to classical art. In it, a conflict develops between two young men in which the use of force and the desire to seize power and victory prevail.

For the team, it was important to be able to portray the models in a classic environment both in terms of style, location and even color. “We started looking for references to sports gymnastics in Soviet times since it is something that has always interested me in the sporty and aesthetic aspect,” says the photographer. “The entire moodboard began with references to classical art, Greco-Roman wrestling, American high school wrestling, and classic gym training.”

The equipment used for the shoot consisted of two flashes and an analog camera with 35mm film. Thanks to the Leganés Basketball Club, they were able to obtain a functional exercise room and a changing room according to the moodboard references.