Queer Godzilla And The Journey Of The Outcast 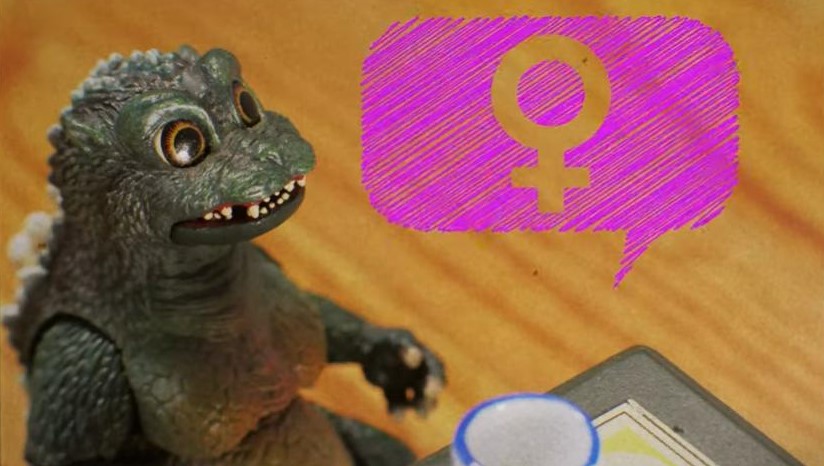 The interesting thing about her creative point of view is the fascination for godzillas, which she puts in many of her art experiments: they cover pretty much of all her stop-motion work. Just around a week ago, she posted her last short film: ‘Coming out’, which so far counts around 25 thousands views.

It tells the story of a trans kid and her relationship with her father, without any human dialogue and, of course, with godzillas as main characters.

The video surely hints at the popular opinion that dinosaurs, and monsters in general, are things just for males. And what happens when a young Godzilla feels like a girl but doesn’t want to disappoint her strong, intimidating dad?

Even before ‘Coming out’, Beer touched the topic of parenthood in her unusual and hilarious short films (for example, the 2019 Cinemapocalypse’s preshow bumper), and many other videos she posted on her Youtube channel regards these creatures dealing with stuff, whether it be a loud heavy-metal band, frustrating arcade games or an Adventure Time dialogue.

The way she portrays transexuality in her last work is simply astonishing.

With some simple movements and tools, Beer managed to create an original, appealing and incredibly personal story about how sometimes what people suppose us to be is not really what we are.

It still has some funny bits, but the overall experience of ‘Coming out’ left me both softened and moved by how, at the end of the day, we are all outcasts, but there’s always going to be that someone who accept you and love you for your true colours.

It reminded me of the music video ‘Aberdeen‘ – a song by Cage the Elephant – which shows a dragon trying to befriend the humans but fucking it up every single time. The main reason is the character’s clumsiness, but there’s also a more subtle point: humanity misunderstands completely the dragon’s intentions because of the prejudice of what a monster should be or act like.

It was nice to see this similarity in Beer’s last work, but the latter has a more positive approach to this issue: it’s now transformed in a personal journey of self-discovery and acceptance.

I sincerely want to thank Cressa for her art, and particularly for this touching two-minutes-long coming-out story; it made my Pride Month even more emotional in these crazy times.