Seokwoon Yoon: I Love The Idea Of Transformation 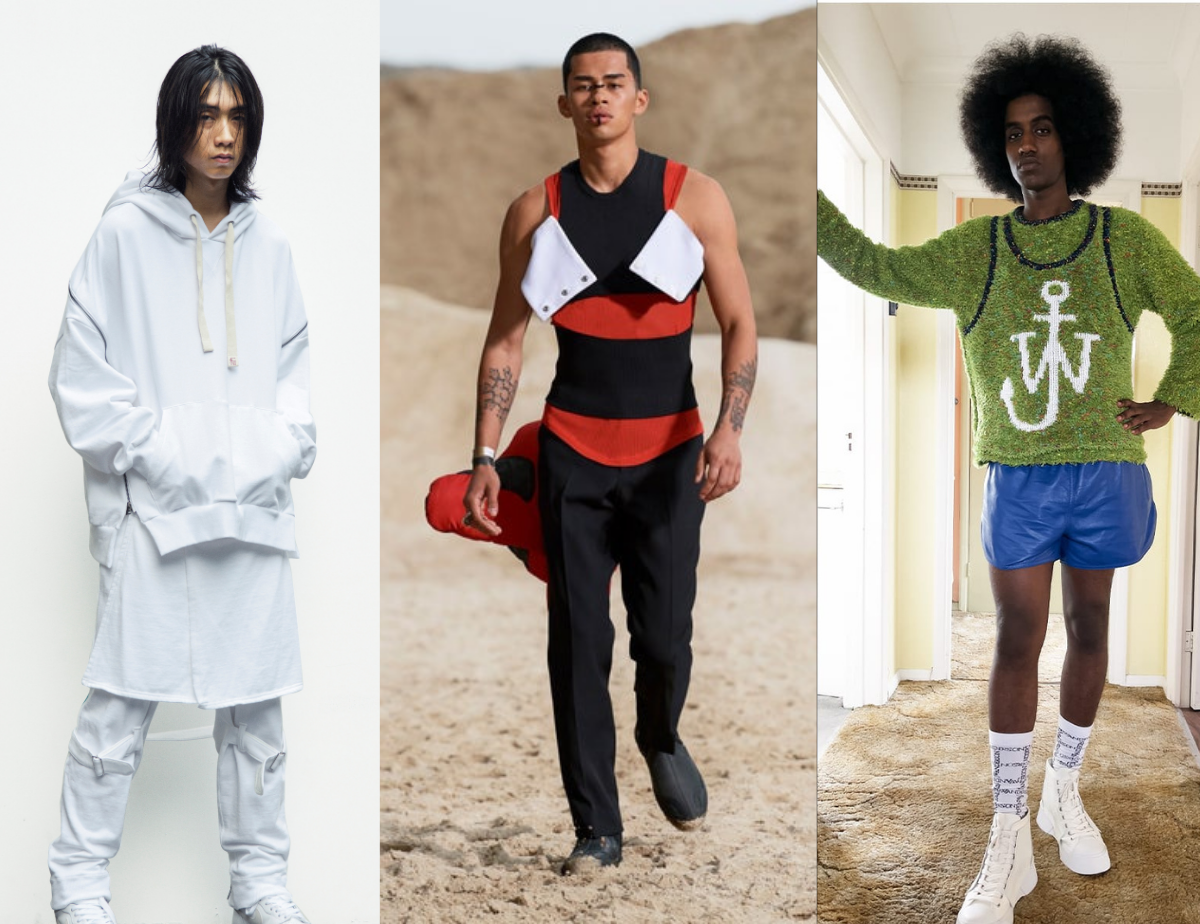 The second day of Paris Fashion Week began with a variety of shows that many of us were eager to witness virtually and in person. Today the collections presented revolved around youth. The inherent diversity and heterogeneity, as well as the burgeoning individuality of today’s youth is something that cannot be denied. Youth, synonymous with self-expression, individual and collective uniqueness but above all…FREEDOM. Today’s highlights include Burberry, J.W. Anderson, Études, and Facetasm.

‘This presentation is all about the power and the beauty of self-expression and about escaping and coming together as one to celebrate our creativity.’

For Spring-Summer 2022, Ricardo Tisci (I.G. @RiccardoTisci17) presented “Universal Passport”, a collection that defied the conventional codes of Burberry (I.G. @burberry), which were interpreted under the designer’s signature aesthetics that really did excite many fans of the Tisci era at Givenchy: an assured fluidity, brimming with experimentation and youthful sensuality with rebellious touches.

Inspired by memories forged through music, experimentation and creativity are captured in the sartorial reworking of outerwear with sleeveless silhouettes and abstract curved prints on sheer tops, mesh vests, and shirts, reminiscent of the fluid shapes of camouflage. References to youth are seen on two levels: in the garments through the use of black leather vests, coats and briefs to denote the sensuality of youth and in the faux pierced accessories developed by Isamaya Ffrench, the brand’s Global Beauty Director.

I wanted the collection to capture that free spirit of youth and its honest and daring attitude, that sense of experimentation and fluidity. There is a strong feeling of unity but also of letting go – encouraging and uplifting each other to express our individuality freely. It’s a very raw energy that’s infectious, exciting and full of life. Like an awakening.’

As for the presentation of the video, the pieces of the collection were unveiled on the location where the contrasting environments of the sandy strips and the raw, minimalist urban structure of Millennium Mills in Royal Victoria Docks were set to the soundtrack of Simon Posford and Raja Ram of Shpongle, pioneers of psybient music.

While the urban structure where the collection was filmed is also recognized by Shepard Fairey’s art, referring to his OBEY Megaphone work, we could consider it pure coincidence that the artist’s work gave us the opinion about the designer’s collection: “Amazing, portable, powerful! “.

Undoubtedly, music is an indispensable part of the designer. Knowing the ability that this art has to connect people regardless of physical and temporal limitations, the designer decided to pay tribute to the electronic music duo Shpongle for the presentation, therefore taking advantage of the digital presentation, the brand put on its website a playlist curated by the British-formed music group, inviting us to explore more about the psybient.

The pandemic has presented challenges for designers, but that doesn’t mean they can’t find inspiration, even in the most difficult moments. As they say, from chaos comes order and, in some occasions, inspiration. That being the case for Jonathan Anderson, who presented for JW Anderson (I.G. @jw_anderson) the men’s Spring-Summer 2022 as well as the Women’s Resort 2022 collection. The confinement served as inspiration as he came up with the idea of presenting it through a series of 33 printed images taken by Juergen Teller and packaged with cardboard photo frames, also of various sizes.

Both collections, described as colorful and hedonistic, celebrate the act of self-expression that is involved in dressing up, whether in public or in the privacy of one’s own bedroom. The pieces are intended to convey a sense of youthfulness, with a slightly sexual tension.

Focusing on the men’s collection and focusing on the concept of youth and sexuality, it revolves around a boy caught in the moment of his sexual awakening trapped in the only available environment of his home. The saturated shades of pinks, greens, yellows, poppy reds, electric blues, oranges, lavenders and magentas denote the reaffirmation of the protagonist’s age, yet being in the process of change which will define part of his persona, a constant otherness can be seen reflected through the diversity of looks shown in the collection: beaded curtain dresses, jogging shorts and tracksuits, and pillows reconfigured as dresses.

Such change affects not only internally but also in its other environments where it interacts: home, sports and club wear. The pieces, crew neck sweaters; hooded sweatshirt; the zippered tracksuit; the bomber; the shorts; the nautical blouse retain their essence functional form, however the otherness of adolescence and sexual awakening are reflected through the colors and strawberry prints.

The Resort collection for women, on the other hand is direct and fluid, with a series of distorted colors and prints, the collection exudes a fierceness of its own, based on a party woman who dresses sharply, using intense chromatic choices: tailored cropped blazers; mid-neck dresses; short dresses; camisole dresses; Bermuda shorts and utility pants, adorned with stripes, oversized daisies and bursts of color.

The collection also gives us a sneak peek of a pair of sunglasses from the upcoming JW Anderson x Persol collaboration (last look), of which more will be announced in mid-July.

FACETASM: A Sight With A Kiss

What is captured with the eyes
of those that haven’t seen much yet?
It’s these eyes I want to live in.

It was the experience that designer Hiromichi Ochiai of Facetasm (I.G. @facetasmtokyo) had after seeing for the first time in 2001 the documentary “W/O” by director Kohki Hasei (I.G. @kohki_hasei) that inspired him for the presentation of his Spring-Summer 2022 collection for men and women, which was presented through a short film directed by Kohki Hasei himself and under the name “a sight with a kiss”.

Keeping certain parallels with the documentary, the short film presents various models walking naturally through different areas of a city blanketed with cameras modeling the collection pieces, however, it is not until they come across a video surveillance camera that they seem to detach a piece of their attire to cover the camera’s vision, trying to get away from an over-surveilled environment. This over-observation, which seems to repress the way each model is, encourages them to move more and more until they can reach a natural environment, where the only camera is that of the human eye when in contact with another person, looking for the connection between people.

As far as the pieces in the collection are concerned, the oversized garments reflect a relaxed yet lively and sophisticated personality; shirts, coats and straight-leg pants are presented with plaid or striped fabrics, others with patches and worn fabrics, and reverse stitching, playing with the volume and thickness of the pieces that give the impression of being partially detached on purpose with the intention of making a progressive detachment of each piece, fulfilling its main function of protecting the body from this over-surveilled environment. 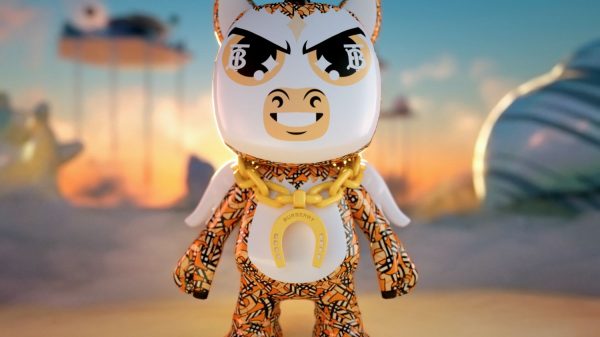 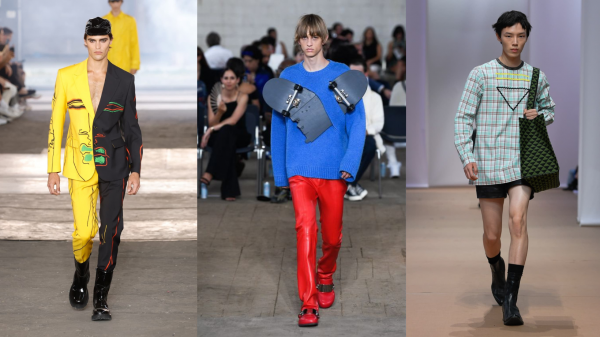 Prada Miuccia Prada and Raf Simons’ Spring/Summer 2023 collection for Prada was an invitation to rethink what style is. According to the press release,... 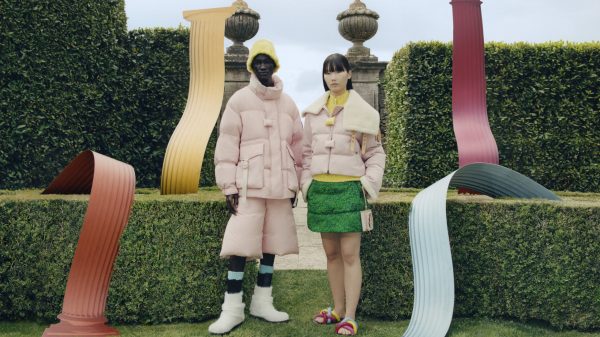 Moncler and JW Anderson Fall Winter 2022.23 collection, JW Anderson’s third series for Moncler Genius, called “Dream in Color” is a journey through the... 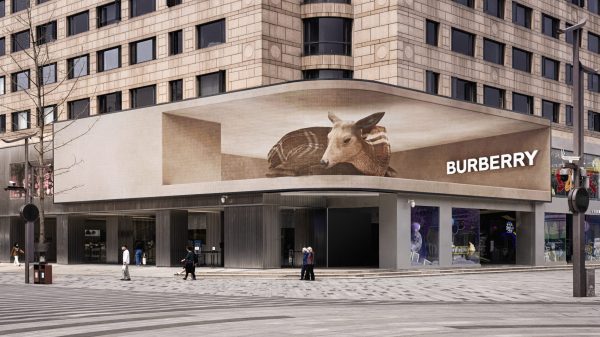 A deer, the latest interactive 3D image from Burberry!

The British fashion brand Burberry by Riccardo Tisci enters the 3d virtual world! with this artistic video installation where you can see a deer...