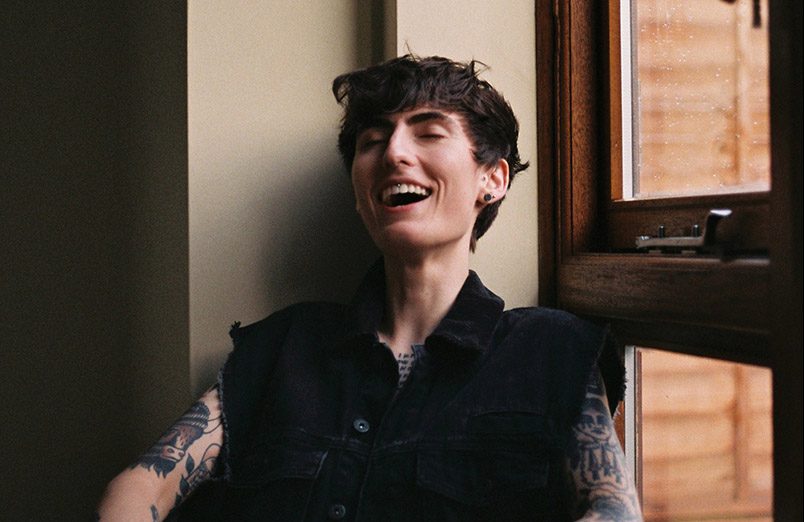 Q: Hey Olly! How are you doing?
A: I’m doing great thanks! How are you?
Q: Not too bad, thanks for asking. So — give me a short intro to kick this off!
A: My name’s Olly, I’m 27, non-binary, and a model. I’m trying to get into acting as well. I’m Australian and British, currently in LA but based out of London and I’m a Leo. That’s probably all the important bits!

Q: You chose the name Olly, right?
A: Yeah, I had previously called my cat Olly and so I realized why I did that and that I low-key really liked the name Olly and wanted to be called that so I adopted the name for myself too.

Q: When did you come to discover your gender identity?
A: Pretty late! I knew I was different growing up, but I never really knew until I was about 20 or 21. Growing up in a rural part of Australia meant I never really got exposed to anything like that till much later on. I had a girlfriend when I was 17 so I couldn’t really focus that much on myself, but once that ended it felt like a fast-tracked explosion of learning and exploring and figuring things out. It all happened really quickly — I changed my name, changed my expression, moved cities, it was really intense!

Q: Was it tough growing up where you did?
A: Australia is beautiful but I didn’t have anything or anyone I could relate to. It isn’t easy growing up in a small hippie town and being one of the very, very few queer people who were out of the closet. People didn’t really understand it.

Q: What was the response from your friends and family?
A: It really freaked out my mom, probably cause it was a lot to take in all at once. All the changes in my name and my identity and me moving out.. it was a lot.

Q: It sounds like a wholesale life change!
A: It definitely was. I’ve been away five years now, but they still don’t really get it. But they love me a lot, and if I needed them to fly out and help me I’m sure they would.

Q: Do you have any siblings?
A: I’m one of 7, and most of them are boys. All younger, I’m the oldest. Funny enough I grew up being a bit jealous of them, I mean they were all really annoying and snotty and bratty but I was really mad that they got to look the way that they did. Now they really look up to me and we’ve got a really great relationship.

Q: That’s really sweet!
A: Yeah, I’m still luckier than most and I really appreciate that.

Q: Tell me a little bit about how you found outlets to express yourself, given the lack of other queer people around you where you grew up.
A: I definitely found community and connection on the internet. Social media really helped me expand my horizons, and eventually, it became the avenue where I found a way out of Australia. The people I found online really embraced me and supported me in a way that my family never really had. The internet provided me with space where I felt safe and I found an opportunity to navigate the process of discovering myself. Instagram weirdly enough, saved my life, and inspired me in so many ways.

Q: It’s really interesting how the digital space has created these safe havens for so many communities and subcultures to flourish.
A: I found that there really is deep and proper community on social media that is so strong and foundational, especially if you’re in a specific intersectional niche. Communities like that just don’t really exist in rural places, and queer people tend to come to cities like Sydney or Melbourne.

Q: Did you have anyone growing up who helped you throughout your journey?
A: Not really, no. At the time when I was figuring it all out, I just got into my head and figured it all out. When I eventually moved to Sydney I learned from my friends who were all changing their names and figuring things out too. I guess they helped me out the most just by embracing who I was and accepting me, cause I really did figure most of it out on my own. I’ve always been independent and stubborn. Travel really helped me, and I’ve found support systems all over the world.

Q: That’s a really good place to be in.
A: Yeah! And less specifically, obviously, all the trans activists and public figures out there support me indirectly just by being themselves and doing everything they do to fight for better representation and equality. People like India Moore and Kim Petras and everyone who’s being loud and being themselves.

Q: Definitely, they’re doing their bit for us all! Did you travel a lot then since you left Australia?
A: I’ve lived all over the place. I actively traveled as much as possible, just to see what people are like and what the communities are all about and eventually I grew to have really strong connections in so many places.

Q: That sounds like an adventure!
A: Never stop learning. I’m going to be learning until the day I die. I find it so interesting going to a new city and just figuring out how the people are and how they think and how they act and it actually helps me learn a bit more about myself every time I come to a new place.

Q: It’s always nice discovering bits about your history!
A: So true. I really liked how the queer community in London really supports its members and they’re not judgy at all. They find ways to use artistic endeavors to uplift each other and it’s so beautiful, it gave me a fresh positive look on being queer. America is definitely more progressive, but it’s hyper-competitive.

Q: I think it’s part of their culture.
A: Definitely! Everyone’s competing, even when it comes to nightlife and who you’re friends with. London wasn’t like that, no one is competing and everyone knows each other and everyone’s helpful and loving and accepting. It was really refreshing. You can just have a good time and be yourself.

Q: What was it like being in London during the COVID-19 lockdown?
A: It was so silly! I was living in a house with about 10 other queer people, half of them trans. None of us were working, so we basically spent every day hanging out and getting to know each other. Obviously we were all safe but we had a DJ and a costume designer and people who worked in nightlife and it was like a daily party, ranging from big dinners together to literally like a techno club on some nights. Our neighbors must’ve been really pissed!

Q: Gosh, I wish I spent lockdown there instead!
A: You would’ve been welcome to come over, well after like July anyway haha!

Q: Thank you so much for hanging out and sharing all these amazing stories with me Olly.
A: Of course, thank you too.
Q: Before we finish, describe London in three words.
A: Hmm… that’s tough! I love London so much. London is… inclusive, big, and well-rounded.

In this article:Ira Giorgetti, Olly Eley 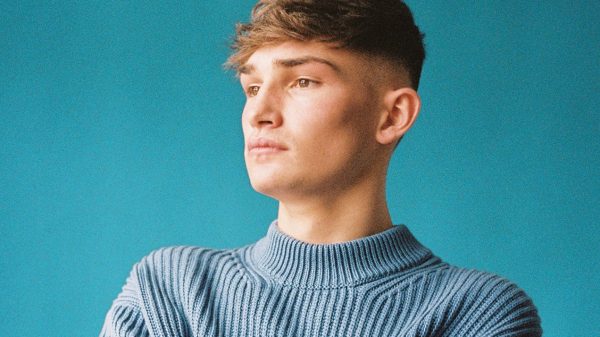 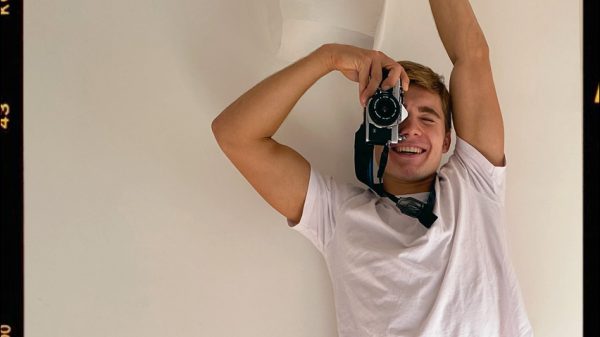 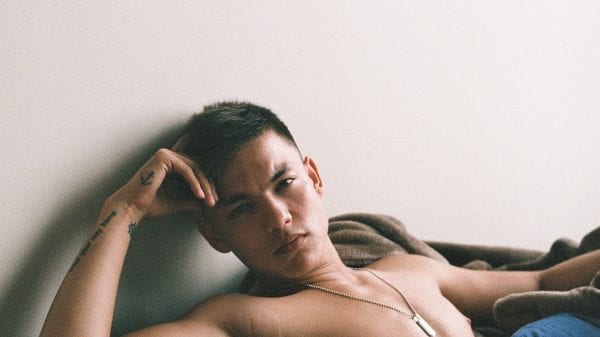 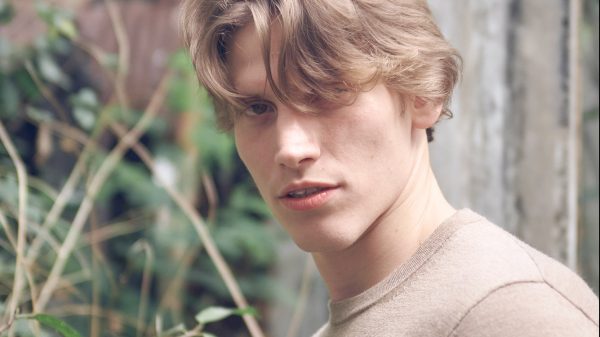