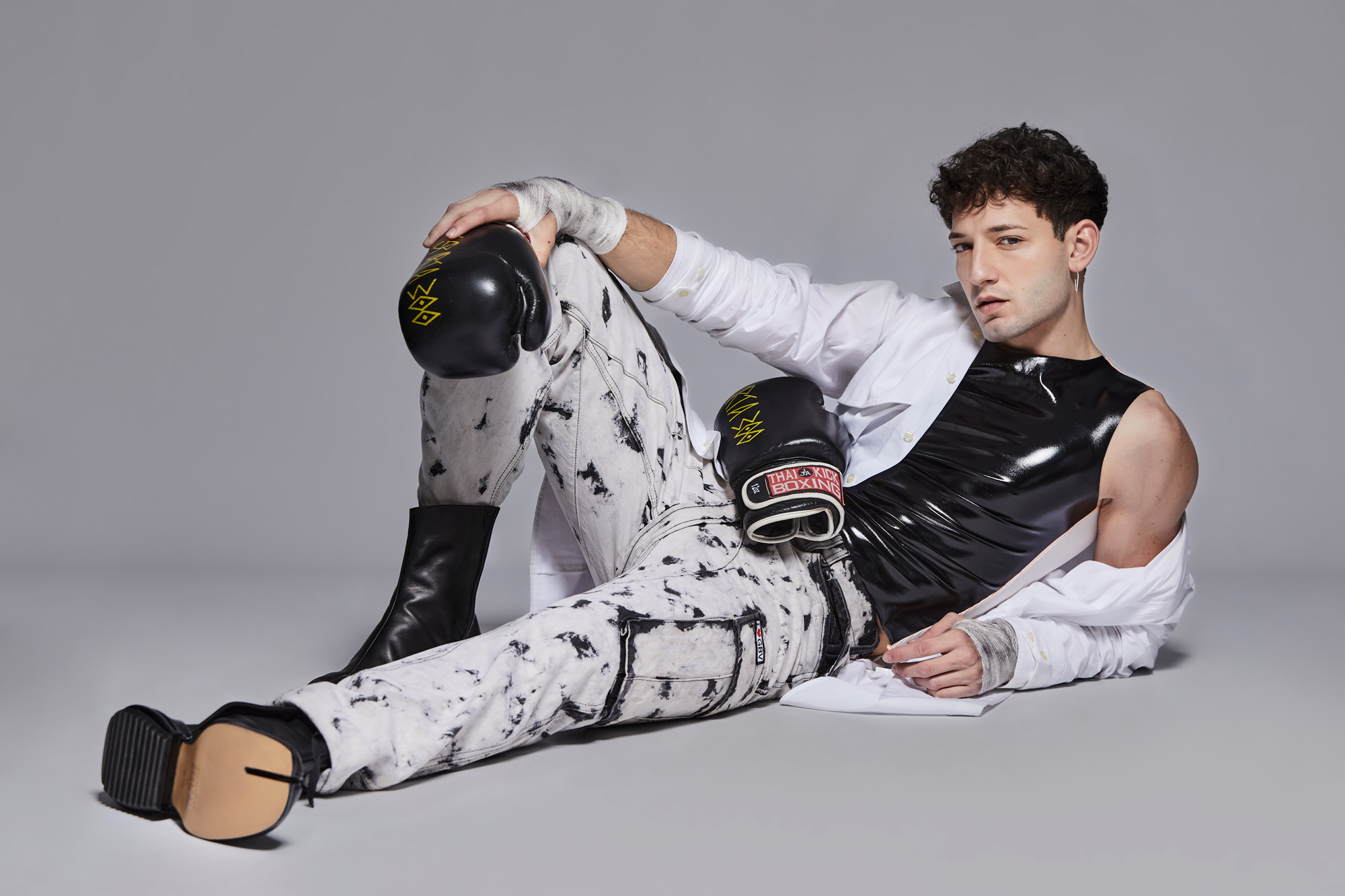 Luca Azzarini @lucaazzarini was in charge of the styling, assisted by Pau Franquesa @praw.exe, and both brought together a perfect combination of amazing pieces that really showcase the spirit of boxing. The strength that is needed for the combat is represented by a gorgeous black latex top by Andrés Zurru with boxing gloves; a tracksuit from American Vintage; a black top with flames by Alessandro Enríquez, a pair of black trousers by Pablo Erroz, completed with the most amazing sneakers in the world, the Nike Jordan sneakers and a necklace by Urblack Méjico.

A couple of images show the boxer in action, fighting against his opponent with a yellow vest from Wedú and white trousers by Llamazares y de Delgado, with some bleeding scars on his face and fists. Once Guille has won the combat, he puts his gloves inside his red Louis Vuitton bag and proudly shows his scars wearing a soft American Vintage sweater. The combat is over and he gets ready for his daily life and puts on comfortable and stylish clothes such as a beautiful blue trench coat by Alessandro Enriquez, a pair of jeans by Tommy Hilfiger and his favorite Jordan.

Shot in the coworking space of My Fucking Studio @1cstudio_coworking, exclusively for Vanity Teen online!

In this article:Guille Castillo, Jon Carreño 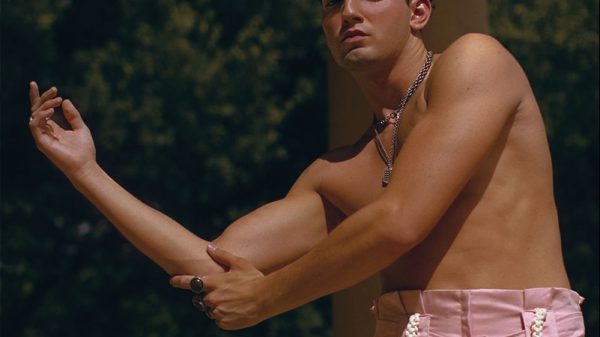 Feel your Halo by Efra Pérez