The Kaws:Holiday exhibition resumes its global tour, visiting prevalent attractions and sights in the populous city of Melbourne, Australia. The 42-meter hot air balloon soared impeccably in the blazing skies of the city, giving the companion a clear view while viewing prominent attractions and landmarks such as Albert Park Lake, the Yarra River, and the National Gallery of Victoria.

The sculptured hot air balloon was curated through the collaboration of AllRightsReserved, companion KAWS, and the National Gallery of Victoria (known as the NGV). Most notably, the COMPANION hot air balloon previously took a trip to Bristol in the United Kingdom before visiting Melbourne. Other places that the KAWS:HOLIDAY COMPANION was spotted included Seokchon Lake in Seoul, Korea, as well as Taipei, Hong Kong, and Japan. Each appearance shows the companion increasing in size!

In this article:exclusive, Exhibition, KAWS, Melbourne

To commemorate its 30th anniversary, streetwear label BAPE® unveils the exclusive BAPE GALLERY ™, which features a global exhibition. Within the BAPE GALLERY ™, items showcased include footwear,... 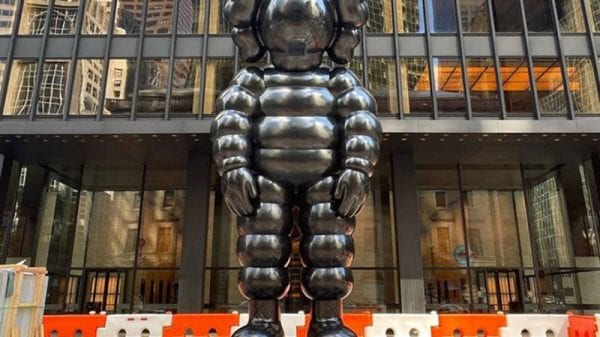