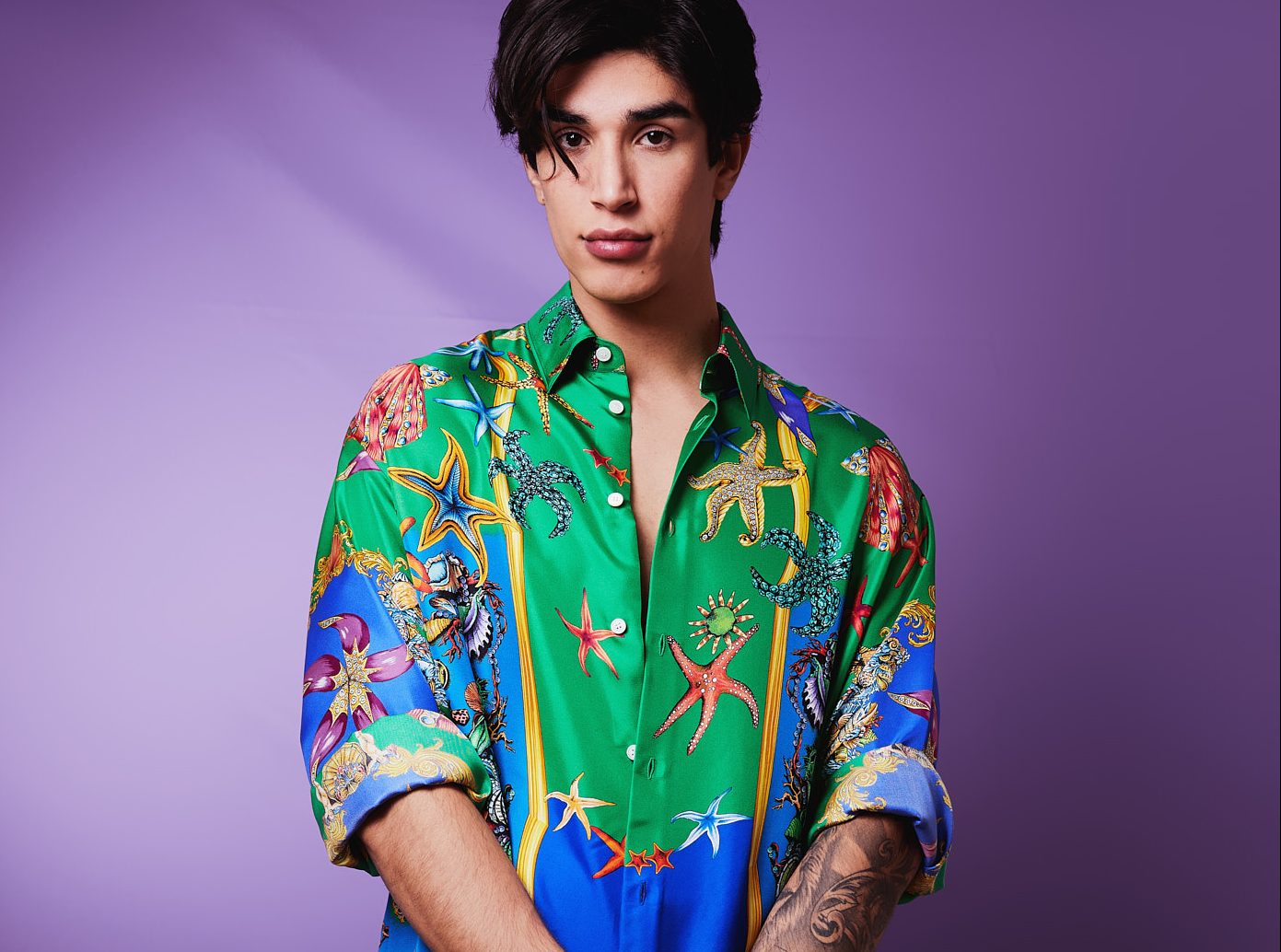 “Juan was introduced to me by my friend and stylist Jody Van Geert. He told me about this nice guy who is living in Madrid, Spain, and who was visiting him in Antwerp. As a new face model, Juan needed some pictures for his portfolio. I liked the digitals that Jody showed me and we decided to organize a shoot in a very short term. Our team was completed by Annick Wouters who took care of makeup and hair,” says the photographer.

“I mainly shoot black and white but when I use colors I want them to match with the concept. For this shoot, I was inspired by cartoons and their vivid colors. Jody collected a bunch of colorful garments of the actual collections of designer brands Dior, Versace, Gucci, and Balmain. The garments match perfectly with the tanned skin of the model. The result gave me a kind of a Disney, cartoon feeling and I like it a lot.”

“For Juan, who just started modeling, it was his first shoot and he did very well. He is not at all shy before the camera and is able to do a lot of different facial expressions. This is a true gift for a photographer.”