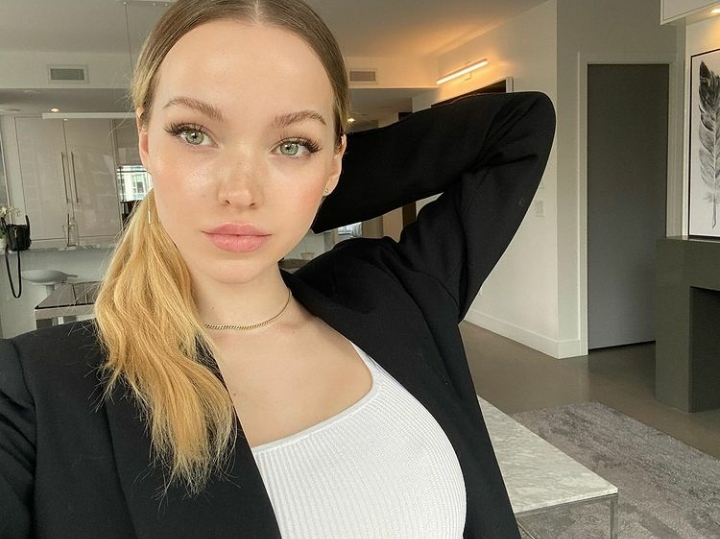 “So, this is my life.  And I want you to know that I am both happy and sad and I’m still trying to figurate out how that could be”
Stephen Chbosky, The Perks of Being a Wallflower

Sometimes it is hard to be kind, even to ourselves, especially when struggling with self-esteem, anxiety, being bullied or any other kind of difficult thoughts that affect our mental health. Moreover, feeling that way or even thinking about it could make us feel lonely, ashamed or misunderstood. But let us see what some celebrities, 5 famous people in different fields, have said about this topic, knowing they have also faced similar situations than the ones you might be experiencing right now.

You might know him for being the center and power forward of the Cleveland Cavaliers, NBA Champion in 2016 and because he has been chosen five times to be part of the NBA All-Star Game; even though, mister Love has been one of the most prominent athletes to openly talk about his panic attacks and mental health. Also he sponsors The Kevin Love Fund, a foundation dedicated to take care of people struggling with mental issues or looking for therapy.

He has written two articles to talk about how he feels inside out. Both of them have been published in The Players’ Tribune.

The first one in 2018 is Everyone Is Going Through Something. In there he talks about how he hid his mental condition for years because at home, since he was a child, his parents had told him the way men should act, and showing feelings was not a proper manner according to them back in the days.

Recently, in 2020 he published To Anybody Going Through It, a new article he used to normalize talking about mental health, tell us the importance of seeking help, going to therapy and speak to others, avoid keeping every thought to yourself and, if necessary, taking medications.

His most important message is: talking to others will help you realize you are not alone.

2. Dove Cameron: the young actress with millions of followers

She acts, she sings, she models, she dances and the list keeps going, but foremost: she uses her media to tell others it is OK to open up about what is going on in your mind.

In several appearances Miss Cameron has been clear about how she has been dealing with anxiety, self-appreciation issues, fear of starting a relationship for the first time and being in the spotlight since a young age, among other problems every teenager has whether he or she is famous or not.

This year she talked to the people of Create and Cultivate about her life and how she has been dealing with mental health. Some of the advices she offers are that life sometimes might feel like a battle but you may find fun in discovering who you are and expressing how you feel; also, do not be ashamed when feeling down because life goes in many directions and you can always look for help, talk to others pursue your passions, focusing those experiences, in trying to be a better human and keeping nearby the good people in your life.

Despite of being well-known for his ancestors, The Duke of Sussex has felt the frown faces of many for doing things every other teenager could do. Even as a grown-up man he has not been able to escape from judging eyes, reason that has made him walk apart from his royal affairs.

Anyhow, we will not deny Prince Harry has always been aware of the importance of mental health and talk to others about it. You can even watch a video he made alongside the globally known musician Ed Sheeran.

On the portal of the Sussex Royal Community you can find more information about his social commitment to stand up for mental wellness. His most notable messages: you do not have to suffer alone, speak about it, no more stigmas, no more marginalization.

This decade would not be the same without her Divergent saga, those best-selling books that went to big screen and became a worldwide sensation.

In spite of being the person who brought us the intrepid heroine Tris, Veronica Roth have been talking for years about her own issues while dealing with mental health, taking medication and going to therapy.

In 2016 she had a blog in Tumblr where she used to post her feelings about her own mental health. The blog is no longer available but you can find some of the information she wrote in her public appearances and some other articles published back then; like the one from Take This, one of the organizations that looks for ways of helping people to find comfort while having difficulties related to mental health.

During that year she talked about her depression, how frustrating the process of writing could be and how bad she felt when some of those who find out the end of the Divergent Trilogy sent her horrible letters threatening her life.

More recently, in 2020 on her Facebook account she posted some good messages for us including paying attention to the sings our brains give us, chill out, turn off the cellphones, rest and share with the ones we love.

5. Raleigh Ritchie: the singer who walked with the Mother of Dragons

Some of you might not recognize him without the epic warrior costumes he used to wear while he was Grey Worm in the HBO’s mega production Game of Thrones. But when mister Ritchie is not acting or doing music, he is writing lyrics and talking about the importance of mental health according his own experience.

In 2019 he talked to Document Journal and spoke about his mental struggles, going to therapy and about how important it is not keeping in your chest things that at the end of the day may hurt you.

In June this year while announcing Andy, his new album, he wrote a public letter and gave us some nice advices like talk or write about it, love yourself, keep pushing and doing the things you love and when insecurities take you over, rise up and stand up as many times as possible.

Do not forget mind could be tricky sometimes; as we could see, anyone might experience anxiety, depression, even feel like he or she is not good enough. Also remember that any person might have to deal with mental health at some point in life because we all do. Nevertheless, as we read from these artists, do not be afraid of speaking out, look for the help you need and stay close to the ones who really care about you.