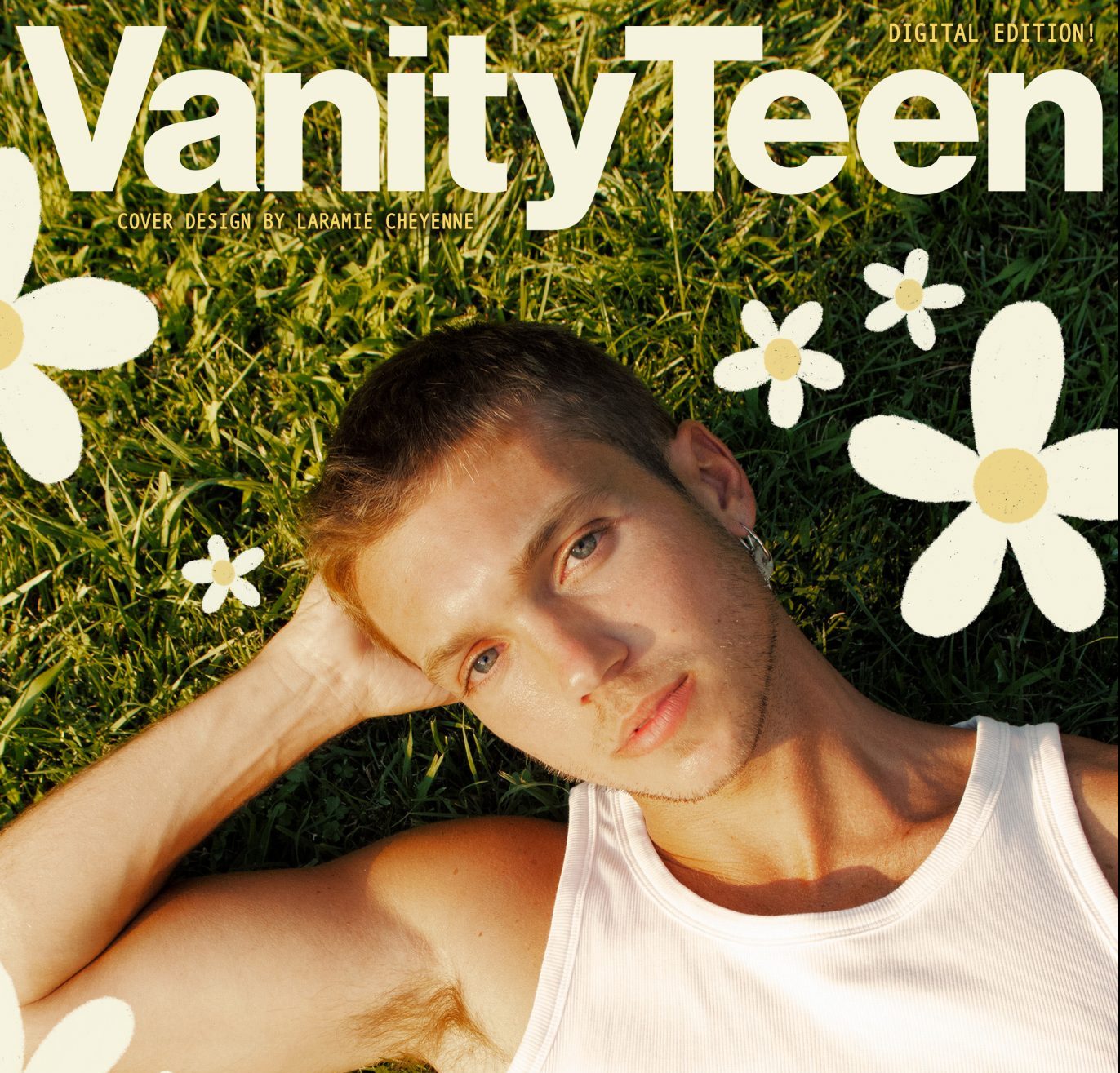 Franco Masini is having a really nice year, and he wanted to share it with all of us. So, we invited him once more to have an intimate conversation to talk about his career and, especially, about two of the hottest projects he is currently part of; of course, we are talking about Rebelde and Todas las veces que nos enamoramos (All The Times We Fell In Love).

The multifaceted artist opened his kind heart and lifted his voice to make us all feel included in a world without labels or boundaries. So, do not miss this exclusive interview with Franco Masini for Vanity Teen.

FM: Honestly, both personally and professionally, it has been a really nice year. It was a year that began with new challenges and the premiere of season one of Rebelde, available on Netflix everywhere.

Since then, seven months ago, I have been in Madrid, Spain, filming a new show that will be out soon. It is called Todas las veces que nos enamoramos (All The Times We Fell In Love). So, it has been a busy year for me.

On a personal level, this year allowed me to move to Madrid and get in touch with new people, new teammates, and a whole group with whom I feel a strong connection, and we have been working hard to do our best. I am so happy for this opportunity to get along with all of them.

VT: Thinking about the old fans, the new ones, and the haters, how did the world premiere of Netflix’s Rebelde at the beginning of the year impact your life?

FM: I embraced it with happiness. I love that people around the world felt attached to Luka Colucci, the character I portray.

In the beginning, people were like trying to figure out the deal with him, but eventually, they got to love him a lot.

VT: Now that a new season of Rebelde is out, what excited you the most about following the stories that Elite Way School hides?

FM: In season two, they seem like they need him and text him to come back and say they need Luka with his funny ways, unexpected answers, and all the good things he does for the series. So, I had so much fun during this time.

Luka Collucci allowed me to reach new audiences that did not follow my work, but now we are connected. There are people from Brazil, Mexico, Portugal, and many other countries where my work was not well-known.

So, thanks to Rebelde, I could find new people who follow me and enjoy what I do.

VT: Indeed, I must confess that Luka Colucci is my favorite character from the show. I love his witty phrases and concern about his emotional shortcomings as if he were a friend. So, please, tell us how you feel every time you receive a new script and find out the directions your character takes?

FM: (Lauhgs). Thanks for saying that Luka is your favorite character.

The first thing I did when I got the script was adapt it, making the character my own. I mean, the original script was written in a different verbal tense and in a very Mexican way. So, as Argentinian and portraying an Argentinian character, I had to add the Argentinian style, perspective, and slang. I even made some jokes and particular punchlines that made me feel more confident and natural and helped me to get along with the other characters.

It was quite a challenge! But I have so much fun while doing so. I am so glad people can now see him as a beloved character because he is full of various personal and funny aspects of me. That means I worked hard previous filming the scenes.

VT: In addition, Rebelde tries to reach out and open space to speak out on the social problems that many young people face nowadays. Therefore, what can you tell us about this aspect of the show?

FM: I also believe that Rebelde is promoting openness and not putting labels on people. My character, Luka, represents those values somehow because he does not consider people should label others. Everyone deserves to be whatever they want to be. And that is a beautiful message I want to promote.

VT: Besides Rebelde, you have also been working on Todas las veces que nos enamoramos (All The Times We Fell In Love). What can you tell us about this project and the people you have been working with for this production?

FM: Yes, since the beginning of the year, I have been working on Todas las veces que nos enamoramos (All The Times We Fell In Love). So far, I can just tell you that it is an incredible project. It is also with Netflix, Netflix Spain. I star in that show alongside Georgina Amorós.

Currently, I cannot say much about the series and its plot. But it is a romantic story, like a love song that reminds us how love makes us both suffer and heal.

I am confident you will fall in love the same way we did while filming it. So, I am pretty excited about what is coming up. You will be able to enjoy this show soon.

Enjoy one thing at a time

VT: What can you let us know about your upcoming plans?

FM: Well, right now I am finishing filming Todas las veces que nos enamoramos (All The Times We Fell In Love), and I cannot wait for you to see it.

I have some other projects, like getting back to being part of a theater play, filming a movie, and a TV show. Anyways, I rather we all enjoy one thing at a time. So, I am focusing on finishing my current project and doing it in the best way possible.

VT: Which is one of the best pieces of advice you have ever received?

FM: The best advice I have ever received has been learning to enjoy the present moment and, in a sort of a way, writing the future while doing so. Also, constancy is important; this means persisting in what you love. That way will take us to a great place.

VT: What message do you have for all those young people who follow your career and feel inspired by your projects?

FM: Please, study. Fight for what you care about. Persist and be constant because when you push yourself, you find rewards. Always enjoy what you do; we may fail but learn, rise again and keep moving forward.

FM: I hope you stay tuned with my new projects here in Spain. You will also love my new show. I want you to know that this is the first time I will play the lead role in a TV show. It is also special that it is a Spanish production, and I am the only Argentinian, so it is an honor to me, and I am so grateful for being part of this.

I cherish this moment so much and appreciate our talents could be enjoyed and loved in different countries, no matter our nationalities. I am so happy right now!

Franco Masini puts all of himself into his projects and always makes his best effort to reciprocate all the love he receives from fans all over the globe. His message remains simple: please, go further, do not label others, let everyone be happy, and enjoy the moment. Isn’t that great?

Let us enjoy the new adventures of Luka Colucci and the rest of his classmates in the latest season of Rebelde. Also, we invite you to stay tuned because Todas las veces que nos enamoramos (All The Times We Fell In Love) will be out soon to make us feel passionate again.

Let us be kind and try to have a really nice year!

In this article:exclusive, Franco Masini, Rebelde 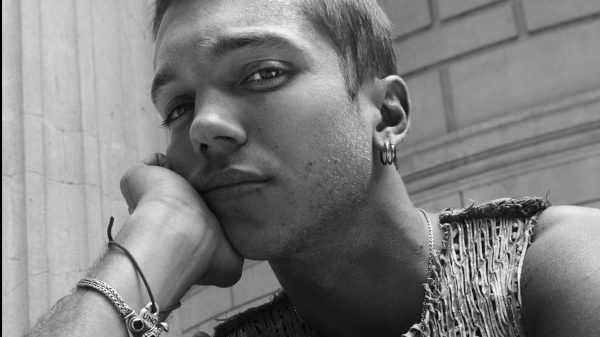 Franco Masini: thrilled to be part of Rebelde

Franco Masini starts this 2022 the best way possible: by declaring he is thrilled to be part of Rebelde, the Netflix reboot of this...