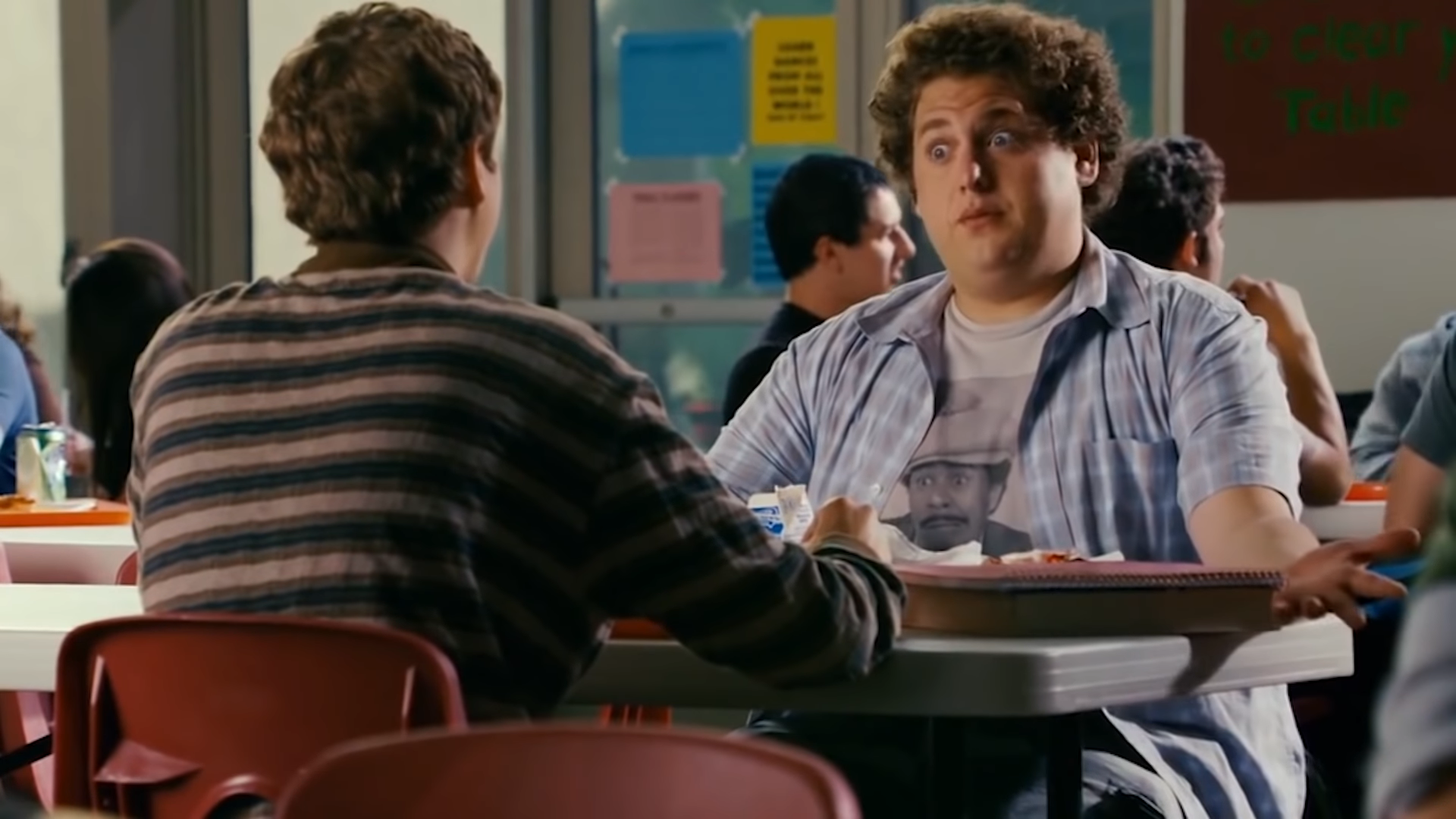 Can we please get a fat actor to play a role that is not funny, dumb and sloppy?

There is a blind eye when it comes to portray sympathetically guys with different body shapes, and people seem to not notice the lack of famous male plus-size models (when on the female side there are many, like the world-famous Ashley Graham) or the problem of plus-size actors struggling to land a main role in a film that is not a comedy or doesn’t treat their weight as something to point out.

At a Georgia Tech’s press conference in 2014: a slimmed down Jonah Hill was asked by a reporter if he was still “the fat guy in Hollywood”. The actor was so annoyed that he didn’t look in the reporter’s direction for the rest of the interview, and wondered whether anyone had a “smart question”.

Why did nobody felt it was wrong to objectify Jonah Hill for his body?

Jonah Hill has been gaining and losing weight many times in the last decade: even if he started his career playing one-note characters who were unattractive and funny, he got cast for important roles while overweight, like Peter Brand in Moneyball and Donnie Azoff in The Wolf of Wall Street. Both of them landed him a nomination for Best Supporting Actor at the Academy Award of 2011 and 2013. It is also true that both parts were right-hand-men-kind-of-roles. The American actor managed to shine anyway, but a feature where a plus-size guy can be displayed as an attractive and serious hero is yet to come.

James Corden, on his podcast, admitted his opinion on the matter: larger actors are often typecast. “You will be good friends with people who are attractive and will perhaps chip in with the odd joke every now and again,” he said.

It seems like an actor who begins his career playing ‘fat guy stereotypes’ in goofy comedies will have difficulty shredding that image. The way fat people are portrayed in the mass media destroys all the possibilities an actor has to be taken seriously. Jonah Hill is not the only man who lost weight to get rid of idiotic roles, even a sex symbol like Chris Pratt started as an overweight comedian before having a massive body transformation for roles that made his career blow up.

If it’s hard for established actors such as Hill and Pratt to escape their comedic origins, it’s even trickier for those trying to break into the industry.

“No one was gonna hire me because I was handsome but fat,” says James Tarrant, a Musical Theatre graduate from The Catholic University of America. “If you’re fat, you have to be ‘funny-looking’ like Jonah Hill.”

If that doesn’t sound discriminating enough, his size also lost him a part in a local production of  Les Miserables. “The head of the department suggested me to the boss of the program. This man said I was extremely talented, hardworking, and great… but that I needed to lose weight. I shouldn’t get the role to be motivated to be healthier and I shouldn’t get cast in anything until I was thinner.”

After he graduated, James took a break from acting: “I was convinced people were right, that I’d never work while heavy.” However, he kept getting callbacks for things almost because of his size (The Fifty Shades of Grey Parody, Shrek). They weren’t put off by his size; however, “there were tons of other places that were.”

He did various shows at his heaviest weight, including Grease, Sweeney Todd and Heathers. “Not one of them cast me because of my size, and yet they didn’t not cast me because of it either. I was seeing places calling me in less, so I decided to lose weight.”

He lost 60 pounds. Suddenly, new roles were open for him. He was never thin, but losing weight allowed him to have a better chance at callbacks.

Tarrant also did a costar on a TV show where his name was literally “Chub Swastika” and, on set, he made a joke about how they should’ve filmed it a year ago since he was a lot heavier. They answered that they wouldn’t have cast him. “You’re not actually fat-fat, you’re thick. That’s what we need for TV.”

“And that’s when I realized that ‘barely fat’ is fat for TV”.

In an era where complete inclusiveness and body positivity are mandatory and where sizeism towards female actors would be frowned upon, how can it be those male ones such as Hill and Tarrant have been discriminated against, and fat male protagonists struggle to be taken seriously?

There are not many films that have a fat main character, and even fewer that are not comedies or not centered on the fatness of the protagonist. Is Paul Blart: Mall Cop the best role model that large men can hope for?

We are increasingly sensitive to diverse identities and body shapes, as proved by the emergence of plus-size modeling agencies such as Curve Models. Yet, while the objectification of female bodies is being fought, a 2016 survey published by Psychology of Men & Masculinity about male body image shows that more than half of the 115.000 men polled were not satisfied with their weight.

The “fat guy stigma” shows no signs of abating, and chubby men in 2020 are still doomed to not be seen as normal human beings but as jesters.