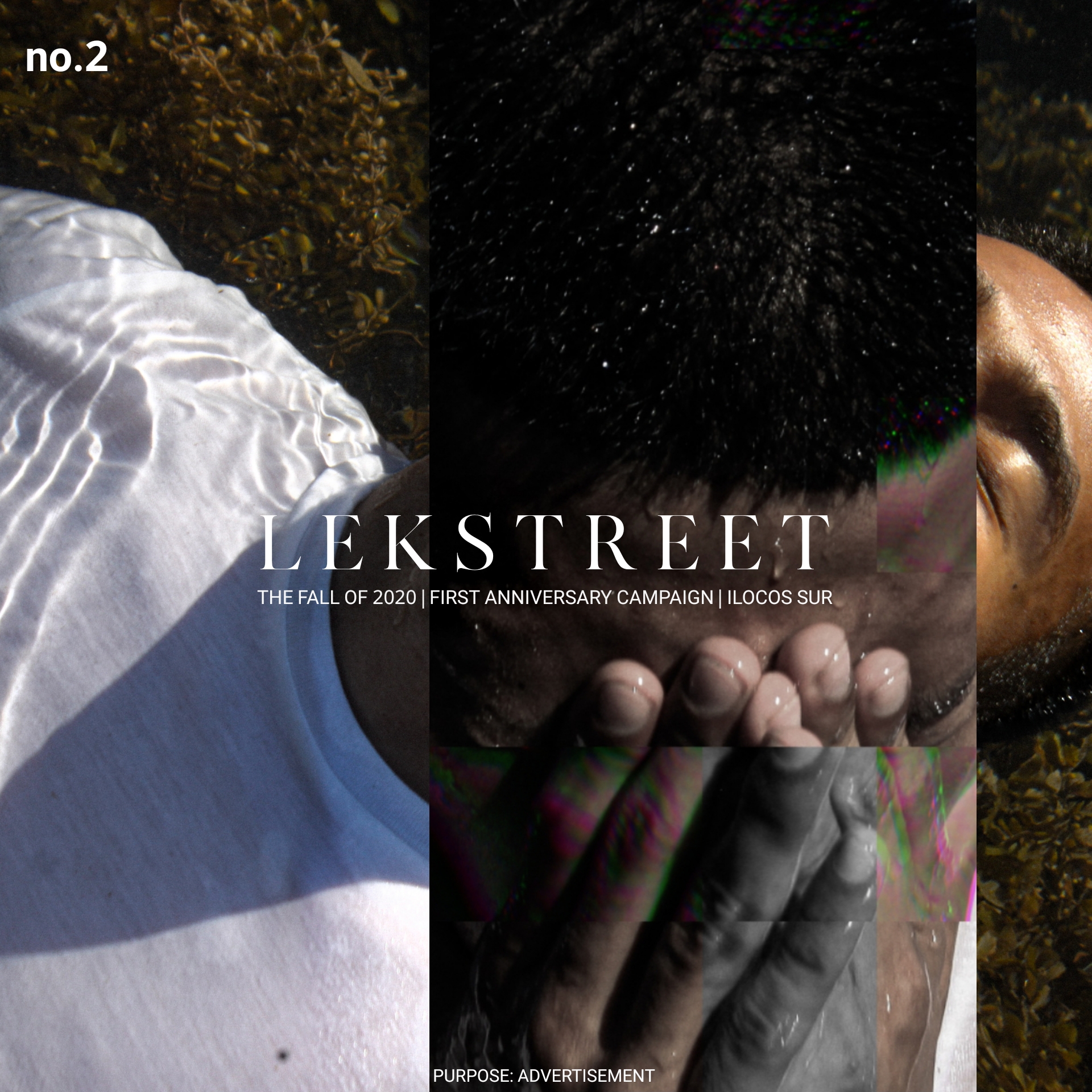 Last August 23, 2020, Lekstreet celebrated its first anniversary and it’s currently having its year-end project called THE FALL OF 2020. Lekstreet was based in Dasmariñas Cavite, Philippines, and moved back to its home province Vigan City, Ilocos Sur due to the current situation.

“When I’m back home, I and my grandma were sent at the quarantine facility and stayed there for another 14 days, but that didn’t stop me from making my business promotion come true.”

During those 14 days, Lekstreet announced to choose three boys and four girls to participate in the celebration. The goal of this project is to give the last 5 months of 2020 a beautiful ending since 2020 wasn’t good. Leks Arzadon wants to write history for the future Ilocanos, telling them what happened in the year 2020, how did the Ilocanos adapt to the new normal and how did they survive it. The theme of this project is about sunrise, having designed his current posts in his social media account using black spaces with the caption of “social distancing” to represent the reality of 2020, portraying it as a dark year.

I tried to combine both creativity and reality, I used 4% of fashion to get people’s attention without them noticing that I am already portraying a message in every photo that I take using my cousin’s old camera. THE FALL OF 2020 is not just another batch of photoshoots but also shooting a video for an advertisement.

There is a very famous school in Ilocos Sur called the University of Northern Philippines. Growing up he saw the increasing number of Indians surrounding the university but the sad part of it is the bullying and racism they are experiencing because they do not understand their culture and beliefs. He wants to use this project as a chance to say sorry for not being able to do anything during the times when he encountered those things.

From this project I want my viewers to see Ilocanos and Indians collaboration to normalize their presence here not as foreigners but family. The 7 models are going to play a very important role, to become a beacon or a symbol of hope.

He states that he’s gonna use “cool and weird outfits” for his models because that’s how he sees 2020, trying to create a new concept.