ST4: The UPSIDE DOWN is getting closer

Stranger Things (@strangerthingstv) is one of the most popular series of the moment, public after three years of its last season is eager to know updates on when we will have the delivery of the last season. Which is rumored to be the last installment of the saga.

Let us remember that the absence of Stranger Things on the screens was due for the most part to the coronavirus quarantine, but in the fall of 2020 the team returned to filming, but with all the protocols and restrictions they made the work be done slowly.

David Harbour (@dkharbour), the actor who plays Jim Hopper on the series, made an update for fans this week. Although Netflix (@netflix) updated last year that the series would return in the summer of 2022, after the release of its first trailer. Harbur update gives workers even more hope.

David Harbor and Noah Schnapp (@noahschnapp) , who plays Will in the serie, were at the Knicks game in New York, when the camera focused on them at the game, David showed his phone where he had written that season 4 would arrive very soon.

Today, February 17th, through the Instagram accounts of the actors as the official Stranger Things account (@strangerthingstv) , the premiere dates for this season 4 were announced, Vol. 1 is coming May 27. Vol. 2 is coming July 1.

Also through a letter published together with the release dates, it is confirmed that this story will come to an end with the delivery of the 5th season. Announced Matt Duffer and Ross Duffer Shawn Levy, creators of the series 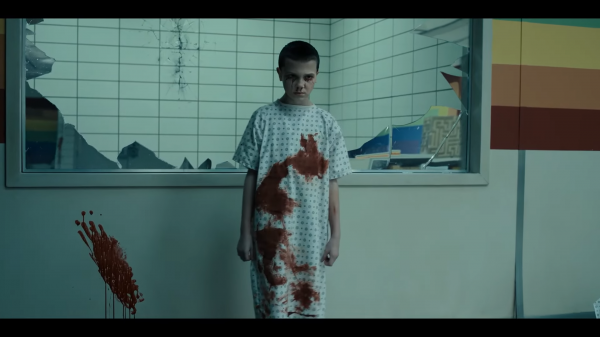