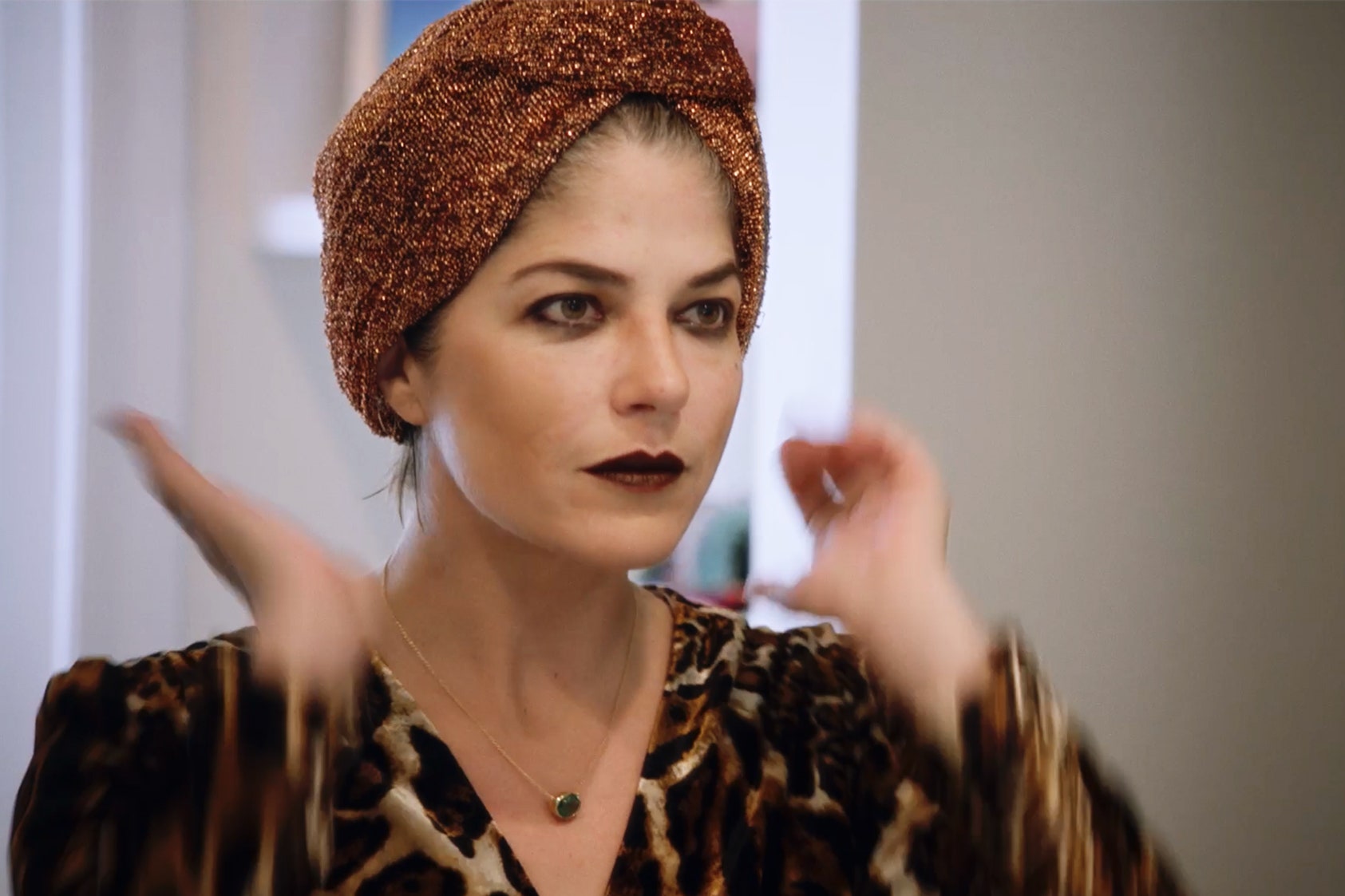 Selma Blair opened the doors of her private life and her fight against multiple sclerosis for a documentary directed by Rachel Fleit, which will be released in theaters and on Discovery+ in October.

“I would like it to be as dramatic as I am.” Said 49-year-old American actress Selma Blair in the trailer for her upcoming documetary and then she added a raw declaration: “I was told to make plans for dying. Not because I have MS, but because I’m fighting MS”

The actress has decided to share her journey since the aftermath of her public diagnosis, in an honest take of these difficult days, from chemotherapy to stem-cell transplants, intense physical symptoms, shifting emotions and her hair falling out. Blair said that at one point believed she was “shooting the final days of my life”

She was diagnosed with the chronic disease that affects the central nervous system in 2018. After being diagnosed Blair revealed she had MS on an Instagram post: “I have had symptoms for years but was never taken seriously,” she wrote. “I have probably had this incurable disease for 15 years at least.”

From that moment on, the actress appeared on red carpets and spoke publicly about the disease and how she lived with it. Blair explained that once she was diagnosed, she realized that she had suffered from the symptoms for years.

During the Television Critics Association panel to promote the upcoming documentary, she took the chance to talk about her remission. She explained that the transplant was successful, but that the road to recovery is long and does not look the same for all patients.

“My prognosis is great. I’m in remission. Stem cell put me in remission,” and she added, “It took about a year after stem cell for the inflammation and lesions to really go down. I was reluctant to talk about it because I felt this need to be more healed and more fixed.”

She also talked about how her desire to share her life with her 10-year-old son, Arthur, gave her strength to fight the disease.  “If there was an option to halt me, to rebalance after being hit so hard with that last flare, it’s absolutely for my son. I have no desire to leave him alone right now.”

Finally Blair talked about how she appreciates the way her fame has worked as a platform, bringing awareness to the disease and helping others to find strength in their own illnesses. “To hear even just me showing up with a cane or sharing something that might be embarrassing, it was a key for a lot of people in finding comfort in themselves and that means everything to me,”

The director of the documentary, Rachel Fleit said she felt an “instantaneous bond” with Selma when they first met, in part because of the director’s own experience with the autoimmune disease alopecia. She appreciated the openness of the actress for the filming.

“She was at this incredible place in her life of true vulnerability and she was ready to be completely honest and real and true about what was happening,” Fleit commented. “We had an incredible experience together. The most remarkable part is that nothing was off limits. She was ready in her life to just tell the truth of this experience.”

In this article:Documentary, exclusive, Selma Blair