Jimmy Kimmel and Lady Gaga recalled her 2017 Super Bowl Halftime Show and her memorable touchdown at the end of the performance. The multitalented star explained how she had failed to catch the football in her rehearsals and how she demanded a quarterback to make the throw.

In the end, it all worked out perfectly though, as Lady explained, she even caught the football on the side where “Gaga” was written in fake diamonds.

“Did you ever think “If I miss it and this ball bounces off my head everyone is gonna laugh at me for a long time”?” Jimmy Kimmel asked.

“I knew the headline would be: The Patriots win and Lady Gaga loses” Gaga joked.

But her amazing halftime performance was not the only achievement they reviewed. Gaga has been nominated for multiple awards for her role as Patrizia Reggiani in the movie House of Gucci. This would be Gaga’s only second protagonist movie, but impressively so, also her second nomination for best actress in various important film awards.

About her acting career, Gaga told Jimmy how she always wanted to become an actress, even more than a musician. She started going to acting school when she was only 4 years old, and eventually went to college at 17 in Tisch School of the Arts. She didn’t last long there though, soon after she dropped out and got discovered as a musical talent.

Lady Gaga tried introducing herself into the film industry, as she recalls in this interview, she did a lot of auditions for plays and commercials. Apparently, she was lousy at it and on one occasion, she auditioned for a LensCrafters commercial but got rejected after a nerve-wracking casting where she froze in front of the cameras.

“It’s amazing that you’re this talented and LensCrafters didn’t recognize it,” Jimmy commented.

“But you know what? I learned something that day. I learned all about rejection and how to take it like a queen.” Gaga said.

For her role as Patrizia, Gaga had to really incarnate her character. To accomplish this she would always speak with an Italian accent, even off-set. Also, Gaga would always be interpreting Patrizia, even when scenes were not being shot. This acting method is also known to be used by his co-actor, Jared Letto, who Gaga admitted to never getting to know him.

But as Gaga points out, the whole cast was in character the entire time on set. Nothing else could be expected from the movie’s notorious actors, which include Al Pacino, Jeremy Irons, Adam Driver, and Salma Hayek…  to name a few.

There’s one disappointment though. As Gaga explains, there was an improvised make-out scene with her co-actress, Salma Hayek, that got cut out of the film.

“I’m like that really annoying kid in school that’s bragging that they made out with the popular girl and has no proof.” Gaga joked.

House of Gucci is now in theaters and soon will be released on digital platforms. Are you ready to see one of the most promising movies of the year?

In this article:House of Gucci, Jimmy Kimmel, Lady Gaga 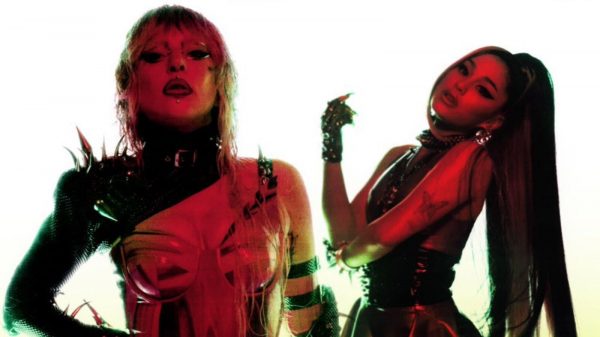 Arca Will Remix Lady Gaga’s Rain On Me

Arca will turn up the heat again this summer with its remix of Lady Gaga (I.G. @ladygaga) and Ariana Grande‘s (I.G. @arianagrande) “Rain on... 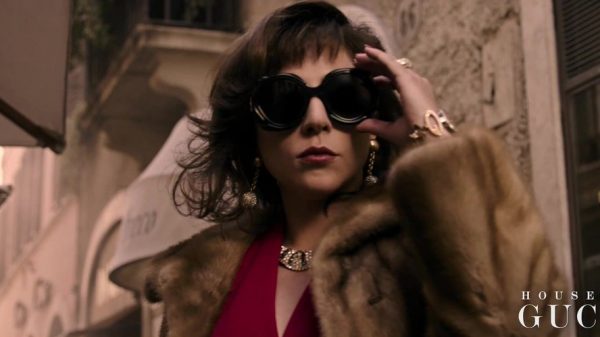 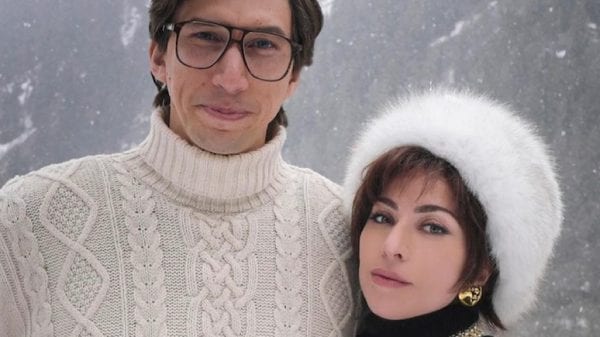 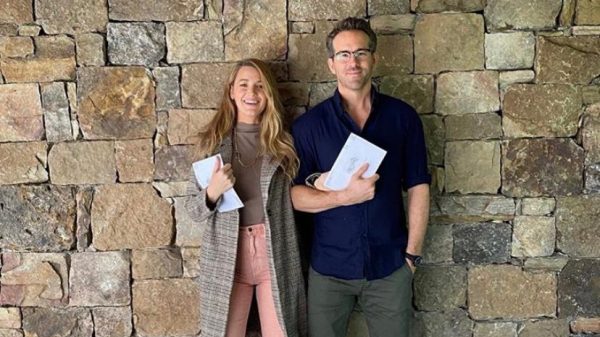