Isegun, AW/21 Collection Of The CuteSaint Brand, Ushers In Victory And Hope In These Trying Times. 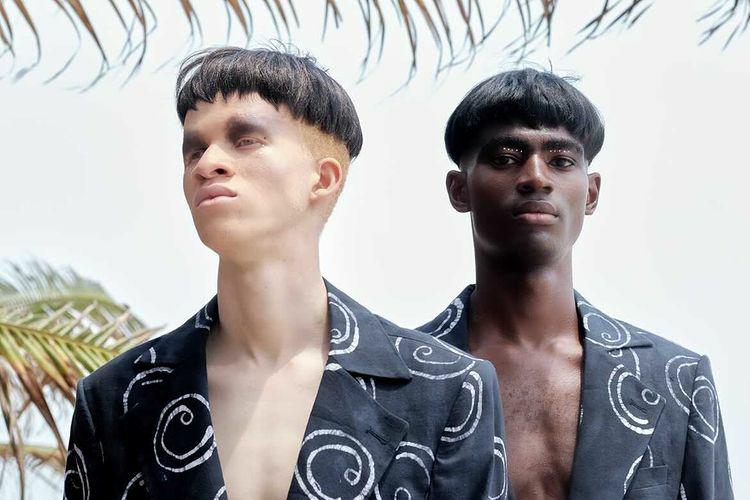 Since the advent of the Coronavirus pandemic, a lot of things have changed. With an Increasing surge in life altering occurrences, and the bulk of these occurrences causing the most negative impacts, life has been caused to take a different turn.

It’s no news that Fashion is described as an art; with art being described as a way of subtly telling stories. With a collection that features cuts and details which depicts the recent happenings of 2020/2021, CuteSaint releases a collection, Iségùn, which seeks to be a beacon of hope to earth’s inhabitants, signalling our victory as we strife to overcome. “It was as a result of the 2020 and 2021 experiences. These past few times have been a mixture of several things, both good and bad. I just wanted to inspire hope, and signal our entry into a new era of victory,” Creative Director and Founder, Muftau Femi Ajose says over the phone. “We’re currently in a dark place, and I needed something we could all relate to, in respect to our struggles, fights and overcoming,” he adds.

The CuteSaint Brand which officially kicked off in 2019 had its first released collection, Gene Explosion, debuted on one of Nigeria’s biggest Fashion platforms, Fashion Finest Africa. Following through with an amazing story that same year, it had its debut in other notable Fashion Shows like Ghana Menswear Week, Africa Fashion Week, AFW — London, Style By Zenith, etc.

Ìségún which literally translates to Victory in Yoruba language, debuted at the Mercedes Benz Fashion Week, 2021. Being one of the first African designers with an opportunity to showcase and tell the story of their collections, the brands’ self taught designer describes the intentionality of the collections’ release. “When I envisioned the collection, I wanted something that depicted most of the revolutions we’ve experienced these past years. From the #BLM to #Representation&Diversity, #ENDSARS #StopAsianHate, and so on” he explains. “Albinos’ are not well represented in this part of the world, and even in other parts. This collection was to signify their importance. It was to show how inclusivity is also a part of victory, especially in fashion.”

According to a PR statement released by the brands’ Head, it intricately describes the collection, its importance, the materials used for the production, their representation, and how relevant the entire collection is.

Isegun (meaning victory) is an ode to the advancing mind and defiant spirit of the new world; inspired by the modern-day Nigerian; strong-willed, unrelenting, unprejudiced; An impeding force against tyranny.

Each piece in the basket is a reflection of their emotions, moods, and experiences which were represented through strong looks created with neutral colors, moods, shapes, and contrasting waves of line designs to give a feeling of triumph and lightness to the garments.

Batik is a major ingredient in this collection utilizing locally spun Funtua cotton, and wool; which underlines the brand preservation and dedication, with particular attention to sustainability, ethical practices and its attendant effect on contemporary society and as well as delivering a modern glamour and timeless sophistication.

Models: Temidayo of Mahogany Models, and Ola Dozie of MyBooker.