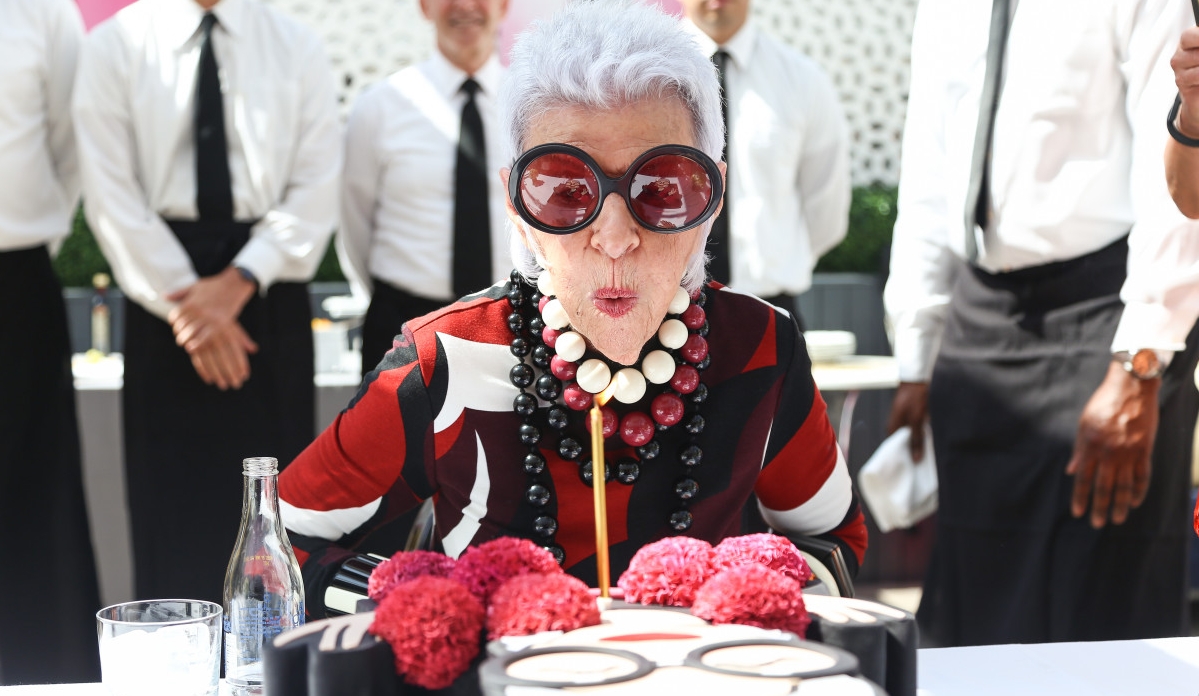 Iris Apfel turned 100, join us to review a bit of her life, career and some of our favourite quotes from the world’s oldest fashion icon.

Known for her witty quotes and her eclectic style, full of color, clashing prints and always paired with her quintessential oversized glasses, Iris Apfel has become a huge fashion icon and a leading figure in the fight against ageism within the fashion industry.

She found fame at the age of 83, when her eccentric wardrobe became the focus of a 2004 exhibition by the Metropolitan Museum of Art’s Costume Institute. Named ‘Rara Avis: The Irreverent Iris Apfel’. the exhibition showcased her truly unique sense of style.

Apfel was born in Queens , New York, in the 1920s. Her mother owned a boutique and her father an import business. Now she lives in a classy loft apartment in Manhattan. Before becoming a style icon she was an interior designer who worked on design restoration projects, and travelled the world with her husband Carl, buying textiles for their business Old World Weavers, which they ran together until they both retired in 1992.

Her exquisite taste saw her hired as an interior designer for the White House, where she worked for nine presidents, from Harold Truman (1945-1953) to Bill Clinton (1993-2001). In that time she earned the nicknames “First Lady of Fabric” or “Our Lady of the Cloth”.

She has a published book, “Iris Apfel: Accidental Icon” her own documentary film, Iris, and has collaborated in brand campaigns including modeling for Kate Spade, the firm & Other Stories and even releasing a make-up collection for MAC.

Five days before his 100th birthday she joined Zenni Optical to release “The Zentennial” a Collection of glasses complete with five frames in different colors, a capsule that is the first original collection resulting from the four-year partnership between Apfel and Zenni. This is the latest in a series of brand partnerships that Apfel has put in place since January. In May Apfel organized four interior decoration collections for Lowes, a collaboration with H&M and an assortment of colorful styles for Etsy. There are more partnerships underway.

Here are some of our favourite looks and quotes by Iris to celebrate her and her remarkable legacy:

In this article:exclusive, Iris Apfel 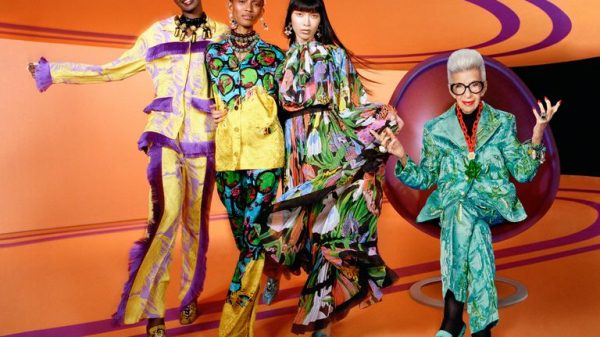 A collection inspired by the fashion icon Iris Apfel is coming to H&M stores. On August 29, Iris Apfel turned 100 years old and,...