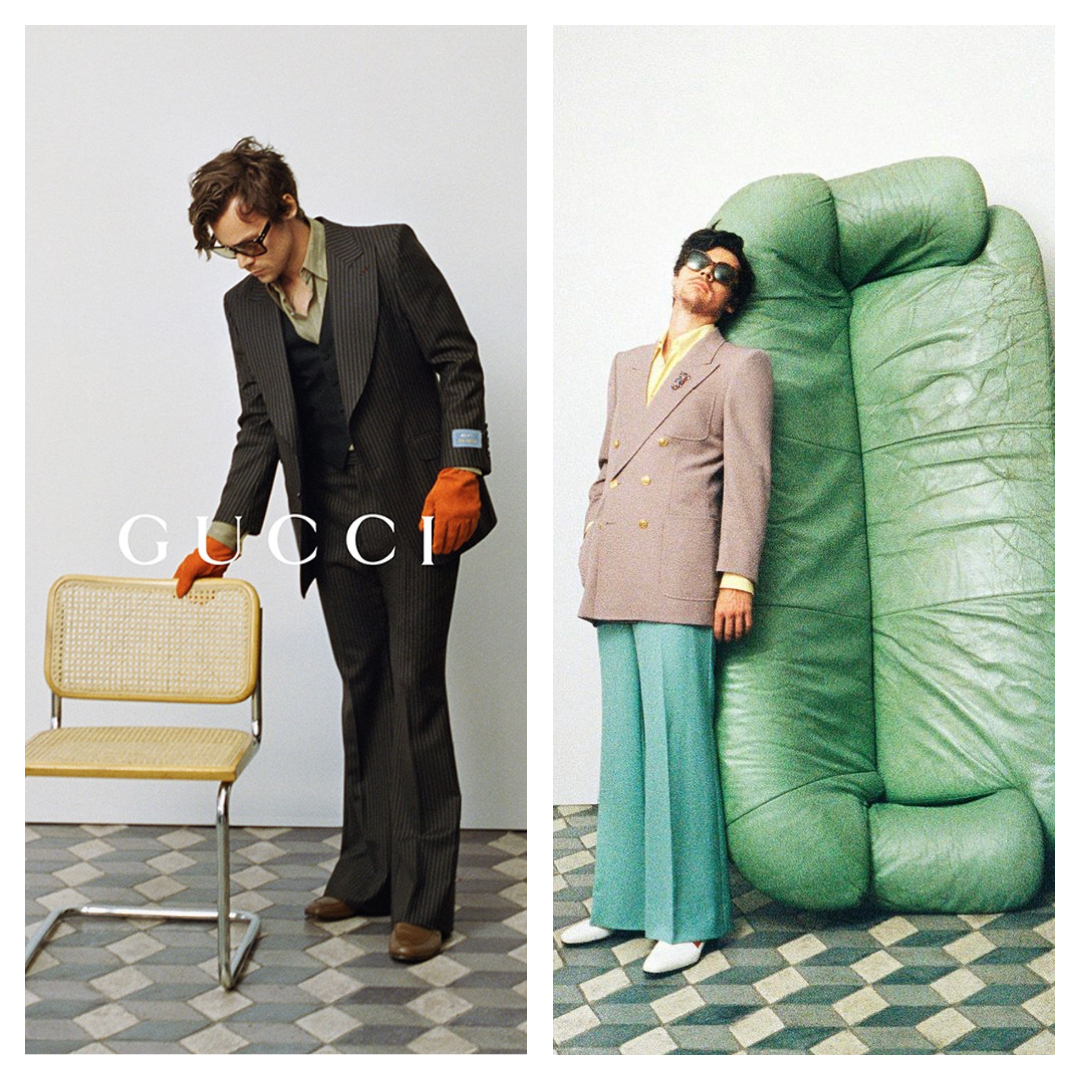 For the latest Gucci Campaign, the British singer-songwriter and actor Harry Styles has teamed up with long-time friend Alessandro Michele, the creative director of the fashion house Gucci. The Italian fashion house is known for its whimsical and innovative styles. With the new ‘Ha Ha Ha‘ campaign, it is evident that there is a sense of play at the heart of the collection. Captured by photographer Mark Borthwick, Styles can be seen in ensembles with vintage nuances, and bright innovative prints with a romantic essence. The visuals elucidate a ‘dream wardrobe‘ which shows similarity to the star’s style with a familiar reminiscence of bright colours and patterns.

Elements from the English tailoring tradition mix with romantic accents, such as mother-of-pearl buttons. 1970s pop and bohemia revise memories of the sartorial gentleman. Suits alongside treated denim jackets, printed pyjamas, bowling shirts, and pleated kilts are all reinterpreted through the imagination of the two creatives, heralding a new vision of beauty—one where complex and nuanced codes are liberated for individuals to style spontaneously.

Harry Styles has been a long-time ambassador for Gucci’s brand. Alongside his friendship with the creative director allowing for a partnership to be maintained, Harry has been seen styled in Gucci’s ensembles in the past. Most notably, in his ‘Kiwi‘ music video where he is seen wearing a Gucci floral attire. Alongside this, Harry has been in previous Gucci campaigns like the Gucci Tailoring Campaign in 2018. Not to forget the 2019 Met Gala where he was seen on the carpet with Michele in Gucci Attire.

In this article:exclusive, Gucci, Harry Styles 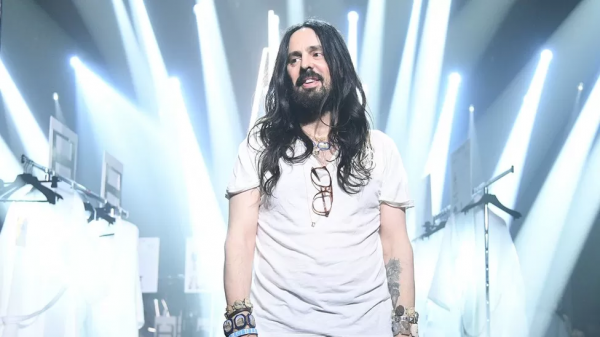 2015-2022. This has been a very particular week for the fashion industry in terms of radical changes, following last Monday’s announcement that Raf Simons... 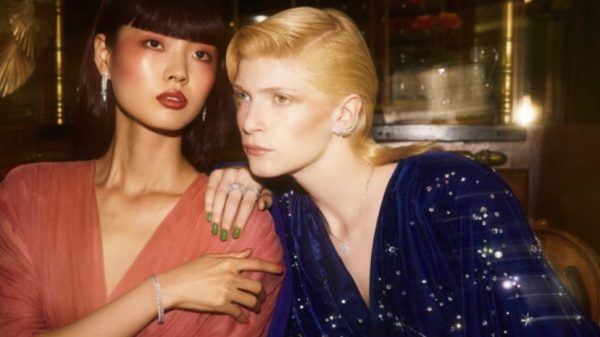 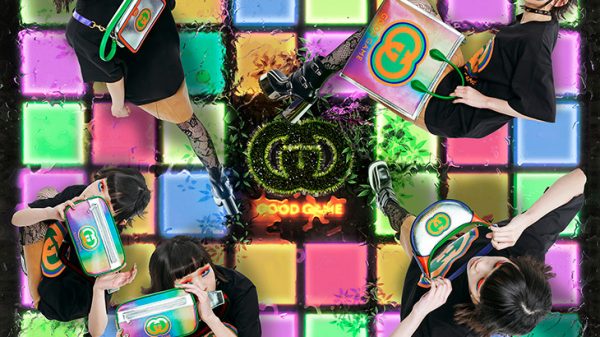 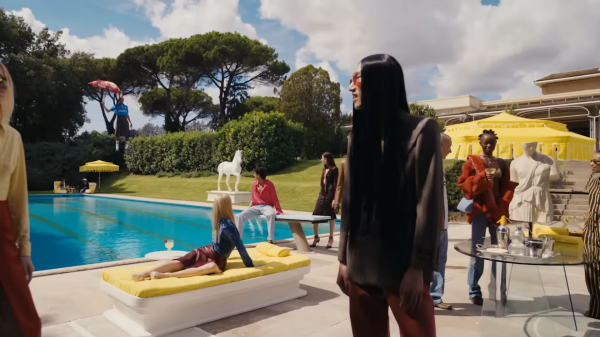 The special collaboration between Alessandro Michele and Palace and its co-founders, Lev Tanju and Gareth Skewis, the collection will be available exclusively through Gucci...