The beloved actor from Karate Kid, Ralph Macchio, talks with Jimmy Fallon about the fourth season of the popular TV show Cobra Kai, which reached the number one spot on Netflix’s Top 10 most-watched series and also scored a SAG nomination for Outstanding Action Performance.

“Our stunt team is amazing. We have a lot of study, young, amazing athletic cast members. So William Zabka and I need to keep up.” the actor said.

Macchio, who plays Daniel LaRusso of the Karate Kid in Cobra Kai explains the show’s amazing action scenes and the training implied in each fight sequence. Although there are stunt doubles in the series, he acts most of his own fight scenes which have led him to multiple injuries.

“I could pull my ass muscle with one wrong kick without stretching. It’s all about stretching.” Ralph Macchio explains, “I give an injury report to the stunt team. I sort of feel like an NFL coach on a Monday morning after Sunday saying “Macchio is day-to-day with a right hamstring pull. He can turn 30% to the right, but the left side can’t.” They actually tailor the fight scenes to my strengths and make me look great.”

The Tonight Show host reviews the series stunts, action scenes, complex storyline, and the many possibilities for sequels, prequels, and spinoffs.

“The writing is fantastic on this show. It’s funny, it’s smart, it’s interesting. It’s almost like never-ending. I mean, this is just getting bigger and bigger. You’re creating a whole universe.” Fallon says enthusiastically.

“It’s becoming the sort of karate kid cinematic universe. You know, like Marvel, we could do prequels, we could do movies, maybe we could do a spin-off in this direction, I don’t know where it’s going.” Macchio replies.

However, the successful show is not the only subject they tackle. Macchio and Fallon get to talk about hockey, the actors’ childhood, family (with the special mention of her daughter, who appears as a character in Cobra Kai), and even an especially Islanders’ hockey card of Macchio. If you’re a fan, don’t miss it!

In this article:Cobra Kai, Ralph Macchio 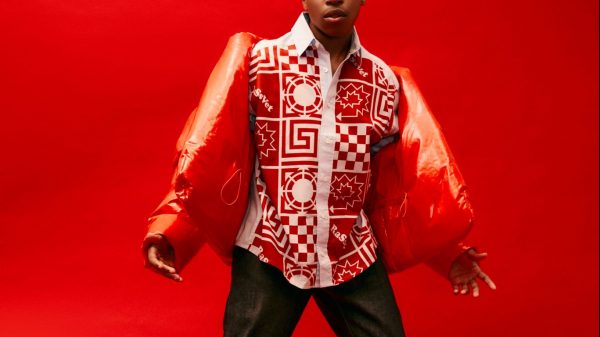 Dallas Dupree Young stays hungry and humble because that is a life lesson he got from his family, and it is a part of...