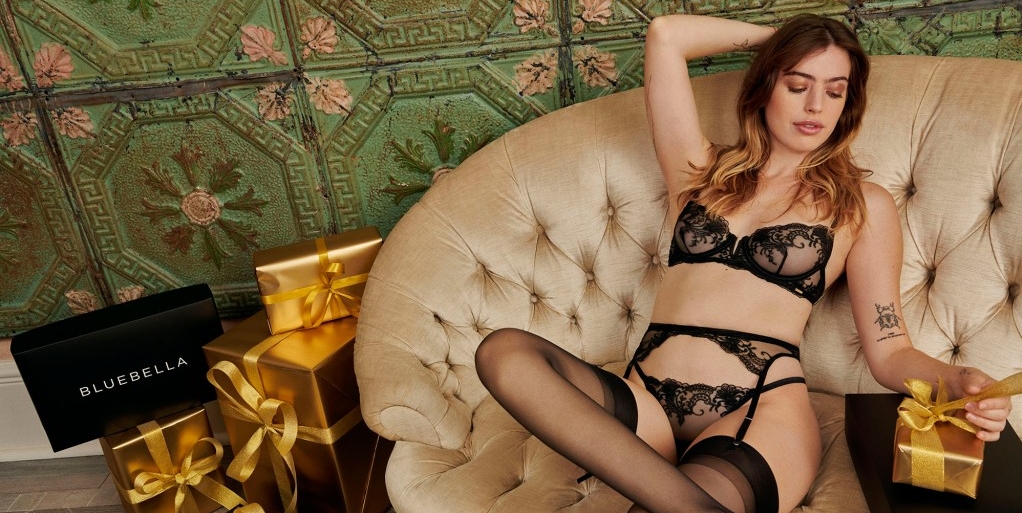 Clara McGregor is adding modeling to her resume: she is now the star of the Christmas campaign for British lingerie brand Bluebella and its accompanying collection.

Actress and producer Clara McGregor posed for the cameras in the latest designs of Autumn/Winter 2021 collection by Bluebella. She explained that she was glad to work with the British brand’s for this campaign, especially because she likes that the label is run by women and focuses on designs made for women, and not for the male gaze.

“So much of the lingerie industry is like, ‘oh, put this on for your man or for your partner.’ This is one of the few brands out there that are catered to women,” McGregor stated in an interview.

Another motivating factor for Clara to appear in their new campaign was Bluebella’s support for the LGBTQ+ community. She came out as bisexual in 2019.

“All their pictures show women in a position of power, never submissive and so [if] I was ever going to do a lingerie campaign it was going to be with them.”

Bluebella’s 33-piece holiday collection will launch in two installments, the first one has already been launched in Bluebella.com and Bluebella.us, alongside select retailers in the US and UK, and the second is set to be released in January, completing a schedule through the holidays to Valentine’s Day.

“Bluebella lingerie is a fashion lingerie brand with strength and attitude. The Bluebella girl wants news, wants to see what’s next. This collection is a very good representation of what we are known for: graphic laces, bold details, metalwork. It’s very modern. It is very strong. And Clara is a great spokesperson for that.” said Emily Bendell, founder and CEO of Bluebella.

The 25-year-old daughter of actor Ewan McGregor has been involved in many interesting projects of the seventh art. Graduated from New York University with a degree in Cinema Studies, the eldest of Ewan McGregor and Eve Mavrakis’ four daughters has launched her own female-focused film production company Deux Dames and is known for her acting roles in indie flicks including Reefa, Cicada, and The Birthday Cake. In this last one she was also a co-producer, and acted alongside his father.

Furthermore, she and her dad have plans to keep working together, with a feature film set to shoot this November, a story “loosely inspired” by personal events. “I’m producing it, I’m acting in it and I was a part of the writing process with our writer. It is something that my dad and I are doing together. I’m excited.” McGregor teased.

In this article:Bluebella, Clara McGregor, exclusive