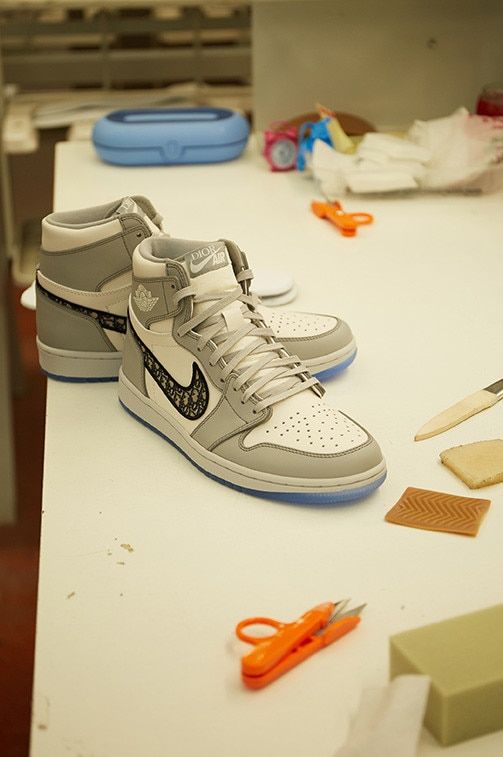 Sneakers are one of the essential accessories in the decade, the sporty urban style has been a trend for years and more and more novelties are being offered by brands. Before, the most we could see were the same brands as Nike, Adidas, Rebook … But more and more collections are being launched together with other brands and nothing less than the most recognized haute couture, such as Prada, Dior, Comme des Grarçons or off White.

This year has not been less and the brands have not been left behind when it comes to giving birth to their innovative proposals and captivating their consumers. Sports shoes are sold out in a matter of hours and there are those who get them resold for a value much higher than the market value. These are the best-selling shoes of 2020.

Nike and Virgil Abloh join forces for the collection launched on February 15th. Air Jordan 5 x Off White, a sneaker model that sold out in a matter of minutes. Details like translucent fabrics and strategically placed cutouts offer a glimpse into the inner workings of the shoe.

Now, whoever wants to get a pair of these shoes will have to queue for the resale market and pay a minimum price of $ 1,000, although their initial price was $ 200.

One of the latest collaborations that has given much to talk about is Prada and Adidas, no one imagined such a collaboration but the surprise made the word spread at an immeasurable speed. As expected, these sneakers were sold in record time, along with the bag that was launched with, two unisex complements created to stylize every outfit.

“Prada for Adidas Limited Edition – a tribute to timeless classics that span generations – will be available in an exclusive limited edition of 700 units.”

Dior and Nike, specifically Nike Air Jordan, undoubtedly the most successful collaboration. The shoes were made for the 2020 cruise runway, but even today they are still the most sought after sports shoes, reaching 75 million. Another of the unisex models of this season that have been present in the outfits of the most representative influencers and celebrities in the fashion world.

In April Dior relaunched the sneakers for an estimated price of $ 2,000, nothing compared to the $ 64,000 that many were already willing to pay in resale.

“I love mixing different universes and ideas: both Jordan Brand and Dior are iconic brands that enjoy absolute prestige in their respective fields. The union of both brands in this special collaboration creates an exciting and totally new project”.

Another success from the Nike house, the Nike Blazer is a model, this model was originally launched in 1972, it has always been a casual classic for day to day. But it is also true that this model had not received the attention it deserved for many years. Until this 2020, where it has positioned itself in one of the top sales at the same time as the previous ones mentioned.

This top seller has several different colours and is available in both short and tall sizes. Another very promising feature is that Nike gives you the option to customize your shoes, certainly a great novelty.

The adidas Group announced yesterday that they’re partnering with Parley for the Oceans, in order to create the first sneakers made by plastic that...