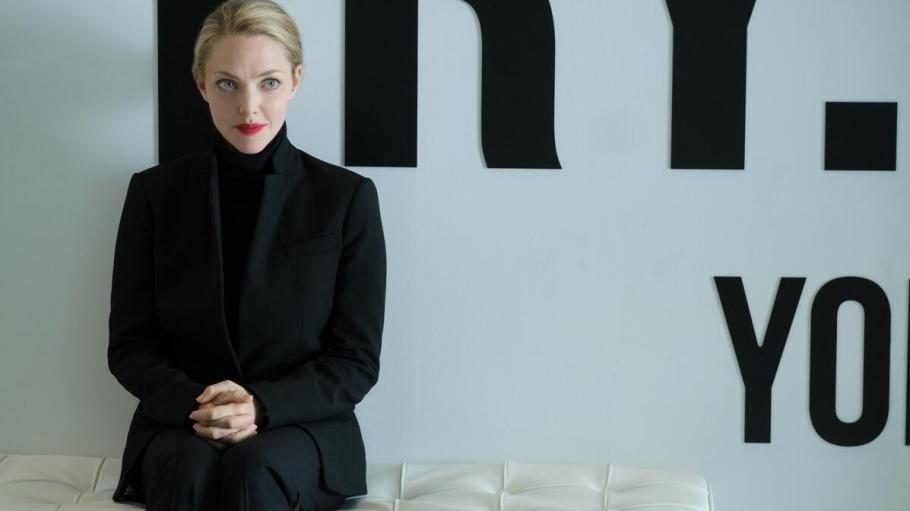 Amanda Seyfried will portray Elizabeth Holmes in the upcoming Hulu series “The dropout”.

In the first photos that were unveiled we can see Amanda Seyfried channeling the disgraced biotech entrepreneur, and they also give us a glimpse at actor Naveen Andrews as Sunny Balwani, Holmes’ former business and romantic partner, who also faces charges for defrauding investors in their blood-testing company.

Elizabeth Holmes, once believed to be a biotech industries star, convinced various business personalities of the potential of her technology, and many invested in her medical testing start-up Theranos. By 2014, she had made a billion dollar fortune, becoming the youngest self-made female billionaire

Holmes was 19 years old in 2003 when she founded the Theranos company, which promised faster and cheaper blood test techniques than those in traditional laboratories.

However, in 2015 investigations by the Wall Street Journal revealed that methods that were supposed to allow up to 200 tests from only a few drops of blood did not work and investors lost millions of dollars. Holmes was charged with multiple counts of fraud and faces decades in prison if convicted.

The series is based on a podcast of the same name by ABC Radio, which was hosted by ABC News chief business, technology and economics correspondent Rebecca Jarvis.

When it was announced back in February, the series was set to  star “Saturday Night Live” Kate McKinnon in the role of Holmes. However, McKinnon withdrew from the project the following month, and was replaced by Seyfried.

This is not the first time that Seyfried accepts a role inspired by a real person; she played Marion Davies in Mank, which earned her an Oscar nomination. “The Dropout” will also star William H. Macy, Laurie Metcalf and Elizabeth Marvel, among others.

The premiere for the first three episodes of the series will be on March 3. It comes to Hulu from Searchlight Television and 20th Television.

The plot description from the streaming platform reads: “Money. Romance. Tragedy. Deception. Hulu’s limited series The Dropout, the story of Elizabeth Holmes (Amanda Seyfried) and Theranos is an unbelievable tale of ambition and fame gone terribly wrong. How did the world’s youngest self-made female billionaire lose it all in the blink of an eye?”

In this article:Amanda Seyfried, exclusive, Hulu