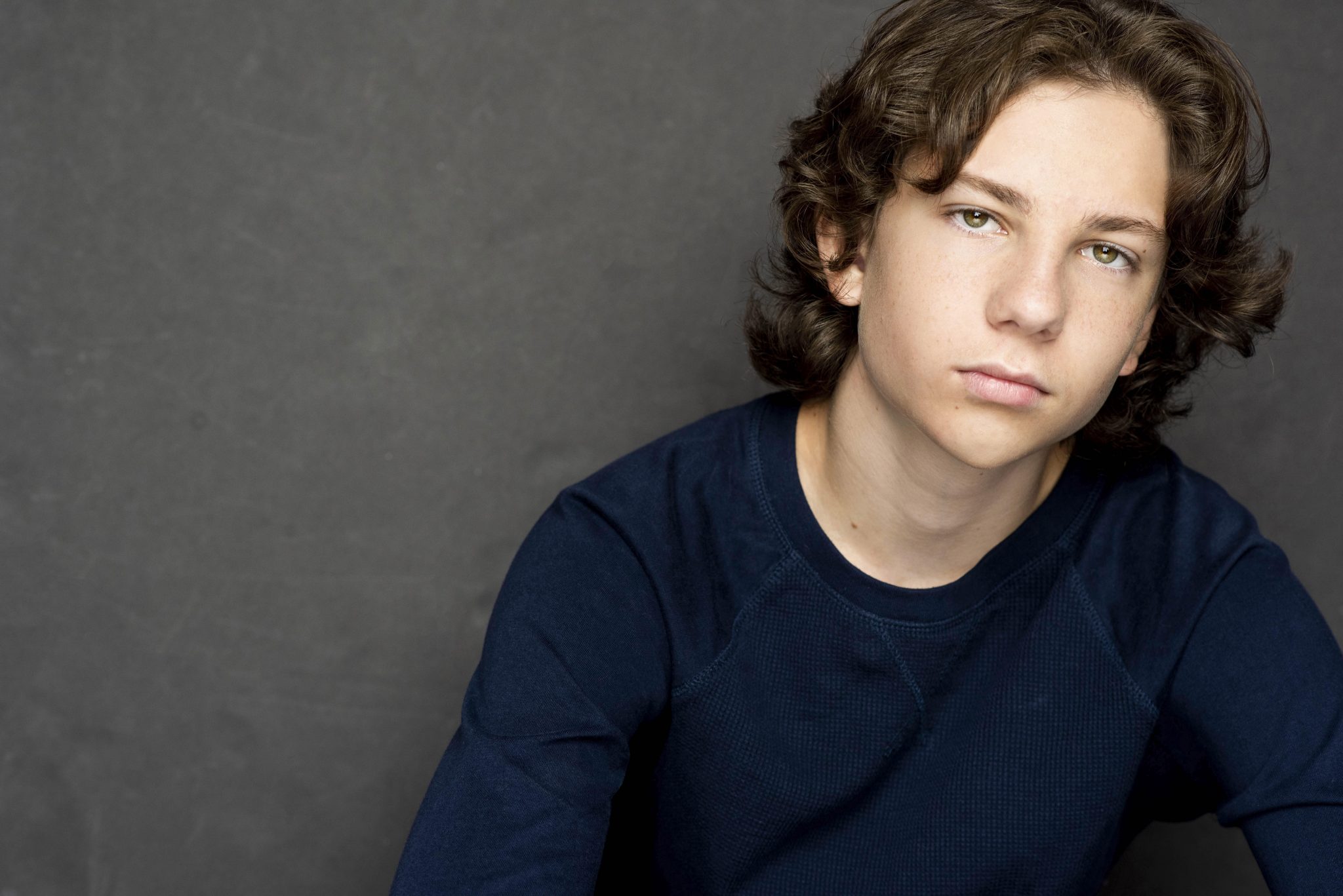 Tristian Eggerling is the fresh face in Hollywood selected to play the young version of Lonnie Elam in the recently released blockbuster Halloween Kills, a film based on the original story created by the horror eminence John Carpenter.

However, beyond his achievements in the film industry, Tristian Eggerling is a young man with a strong sense of generosity who always keeps in mind the importance of being thankful and giving back to others.

Therefore, we invite you to continue reading and discover more about Tristian Eggerling as he talks about his life, his projects, and the widely popular Halloween Kills.

VT: What can you tell us about you and how did you become an actor?

TE: Hi Vanity Teen!  I started acting when I was around 5.  I visited my brother on set, and it looked fun. My first experience was working on an episode of Modern Family.

A few things I like to do are skiing, ice skating, and hiking with my Irish Setter, Nobu.  I am also teaching myself to animate, and I’m a huge Marvel and Star Wars fan.

VT: You are a very active person and a huge sports fan. Therefore, how do you balance that passion and your acting career? Also, what are your favorite teams and players?

TE: Yes, I have always been very active, and sports are a big part of my routine.  The key to my balance is having a flexible schedule. I have club soccer training or a game every day except Fridays when we squeeze in conditioning and some tennis.

I audition weekly, but coaching and taping fit into my schedule, in between workouts, and school is online; so, the only time I miss soccer games is when I’m shooting a film on location. But that’s worth it!

As far as favorites, I follow Liverpool and Juventus, and I grew up cheering the USWNT.

I also enjoy watching Djokovic get to the ball and force opponent mistakes.  Sprinkle in a few Ducks Hockey games (even though Teemu retired), and I’m happy!

VT: Who do you consider as your biggest inspirations, and why?

TE: There are so many amazing people in the world doing inspiring work with their platforms, like Ryan Reynolds, Chef Bruno Serato, and Greta Thunberg. However, I have always been encouraged to focus on my path and create my own motivational center.  I will say my brother Gabe has been the biggest role model to me.  He’s pushed me to be my best while also being kind and giving back to others.

VT: What can you share with us about your plans for the future?

TE: I am excited to grow as an actor, hopefully with many more opportunities and roles in dramatic films.  I am a competitive soccer midfielder and discussing playing in college with my coach while studying to be a mechanical engineer.  Lastly, I am working to grow my charity, Cleat Club.

VT: You have been involved with some non-profit organizations. What do you think about those kinds of initiatives and young people giving back to society?

TE: For as long as I can remember, my family has been involved with non-profit organizations.  It’s important to choose something you are passionate about and offer to help make a difference.

How great would the world be if everyone learned at an early age that it feels great to give?  My dad is a Chef, and I grew up in the kitchen and around healthy foods, so I am personally drawn to charities like No Kid Hungry and Caterina’s Club, fighting hunger.

TE: My advice on bullying is to first try to remove yourself from anyone, or anything, who doesn’t make you feel good about yourself.  On healing, don’t ask what you did wrong; just know the bully is the one with self-esteem problems. Peer pressure is easier to handle if you don’t compare yourself to others and just focus on how you can be true to yourself.

VT: Let us talk about Halloween Kills, your latest project. But first, how did you find out about the original Halloween movie? And, since it is a movie for mature audiences, have you been able to watch it?

TE: I didn’t actually know about the original 1978 film until after I booked the role of young Lonnie and watched clips to build my character’s back story.

My sides and callback were not true characters or scenes from the script for privacy reasons.  I had only seen very scary trailers from Halloween 2018, the first of our trilogy.

Yes, I did get to watch Halloween Kills, first at a private screening at Blumhouse with my team and again at the premiere with my family.

It is the only horror film for mature audiences that I have been allowed to watch. I think it was different for me because, after I had been behind the scenes and watched how they create all the madness and fear, I looked at the film with an insider view. Certainly not as scary as a moviegoer!

VT: Halloween Kills has come out, and the reviews are great. So what is it like for you to be a part of this legendary saga?

TE: I feel the need to, continually, tell my team and the Halloween team: thank you for the opportunity!  There are so many times when you know you nailed an audition and don’t even get a callback. So, when it all falls into place, it feels pretty incredible.

Not to mention, the Halloween family is amazing and has made me feel a part of it all from the beginning.  To be a small part of a 43-year legacy is such an honor!

VT: Which filming experience can you share with us about Halloween Kills?

TE: One of the best experiences was getting to work so closely with the director, David Gordon Green. He is so creative but also relatable.  We would get a good take of a scene, and then he would just start talking, and I would react and improv off the story he was telling.

It was easy to feel the heartbeat of the moment, sort of like hitting the tennis ball back and forth across a court.  Then he would invite me to video village to watch playbacks, which was so helpful in understanding my performance and if I needed to bring more or dial it down.

VT: Where can readers find you on social media?

TE: Thank you for sharing my story and talking about my first blockbuster film Halloween Kills.  I hope everyone has a spooky but safe Halloween!

Tristian Eggerling is embracing life with gratitude, and he invites us to do so while we always remember to give our best to help others in need. His future looks bright, and we cannot wait to see his new projects.

His latest film, Halloween Kills, is out now In Theaters and Streaming Only on Peacock, so we invite you to watch it; of course, if you dare to rediscover this horror classic that changed Halloween weekends for good.