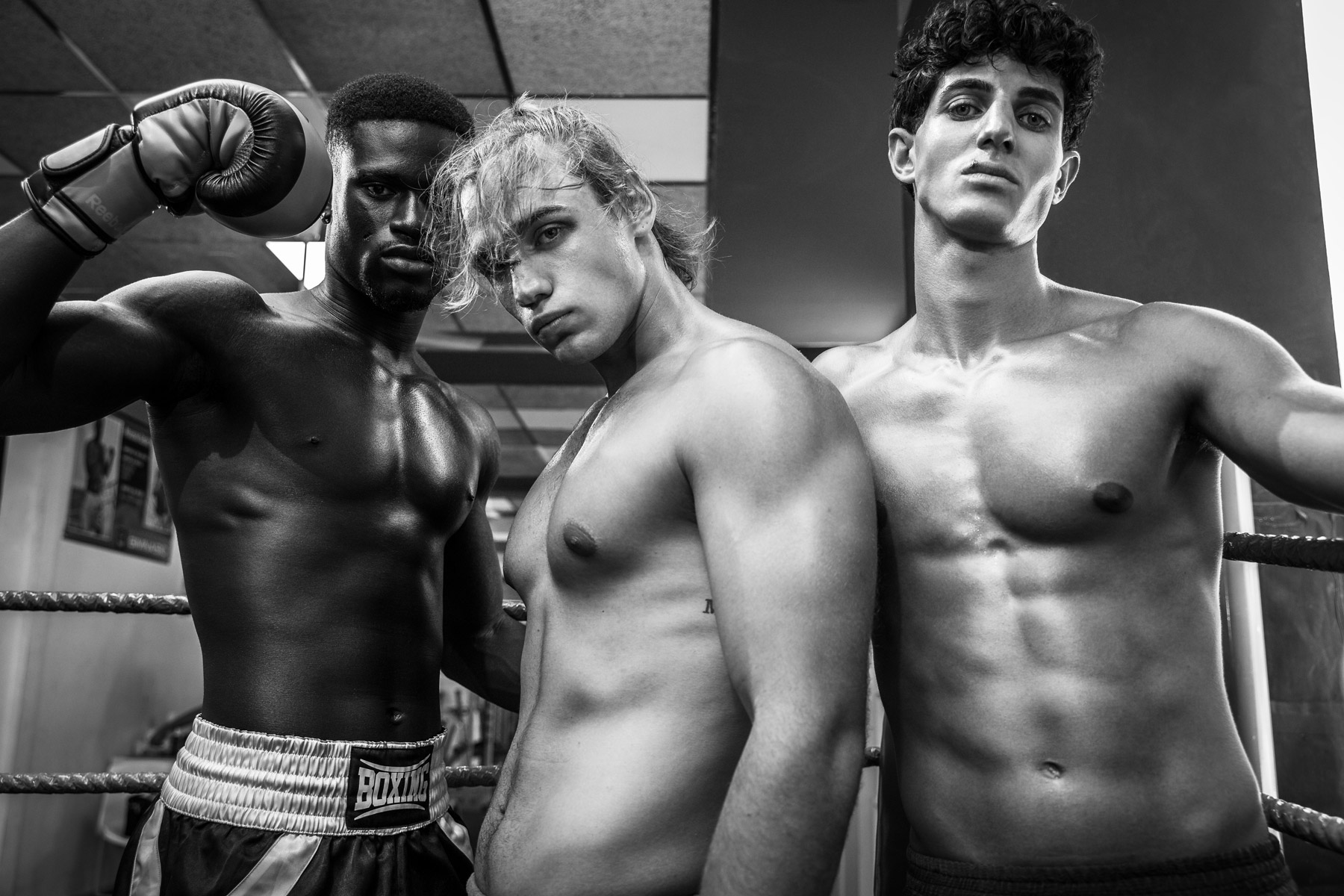 This editorial was inspired by hyper-masculinity, rough around the edges with some Y2K influences. In essence, the models are just “playin’ tough” by conforming to their stereotypical gender roles perpetuated by hyper-masculinity, and in the second part they are “hangin’ tough”, a reference to the slang term used to describe someone who is firmly resolved.

In this second part, the team played with an editorial aesthetic and the feminine side of masculinity. “We consider that cis-males play an important role in breaking gender stereotypes by embracing their femininity and queer side, helping to shape a new normal for masculine identities, free and comfortable with themselves.”

“We feel the fact that we used the same gym also as the set for this look created a juxtaposition, in essence as though the editorial is a metaphor for a battle against hyper masculine stereotypes.”

The equipment used for the shoot was a Canon 6D Mark II with a lens of 24-70mm f2.8, Yongnuo flashes, Neewer flash triggers, Neewer translucent and silver umbrellas, Neewer light stands, and colored gels and it took place at Gimnasio Rehi.

In this first editorial, “playing’ tough” the models were directed to exaggerate a tough attitude, playing up to hyper-masculine gender stereotypes. “We wanted them to first be empowered by this side of their gender using little more than their confidence in their own bodies using the gym as a backdrop to this concept, a place which has historically been known for such gender stereotypes. We also had a clear idea from the start to use the boxing ring and gym equipment to feature heavily in this editorial.”

For the styling, the team used workout gear from brands such as Nike, Adidas, and vintage clothes from the stylist, mixed with capes and hooded jackets, shorts of local Murcian designers Pedro Lobo and Las Culpass, and boxing equipment from the gym.

The models were cast for these editorials because of their very strong personalities, as well as strong physiques. The models enjoyed the shoot and felt confident and powerful which we hope comes across in the images and overall project. 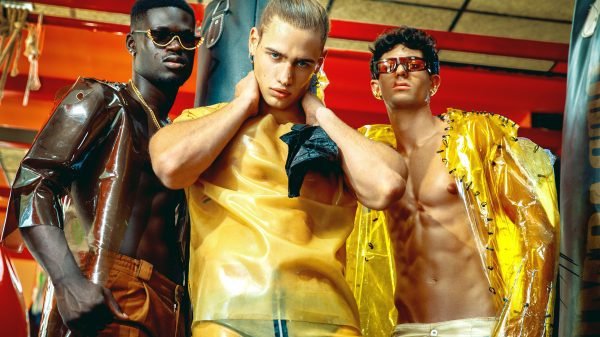