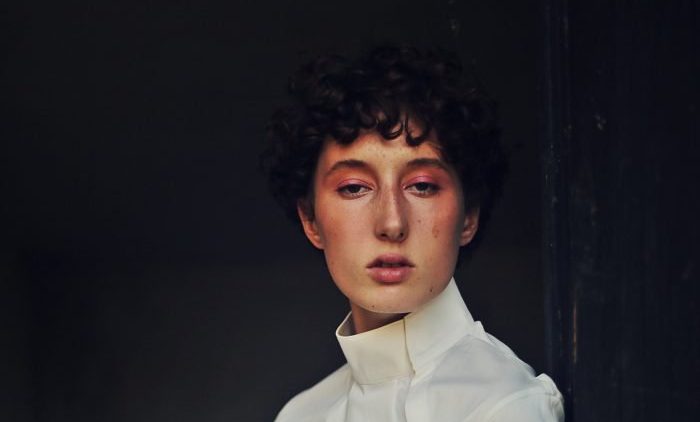 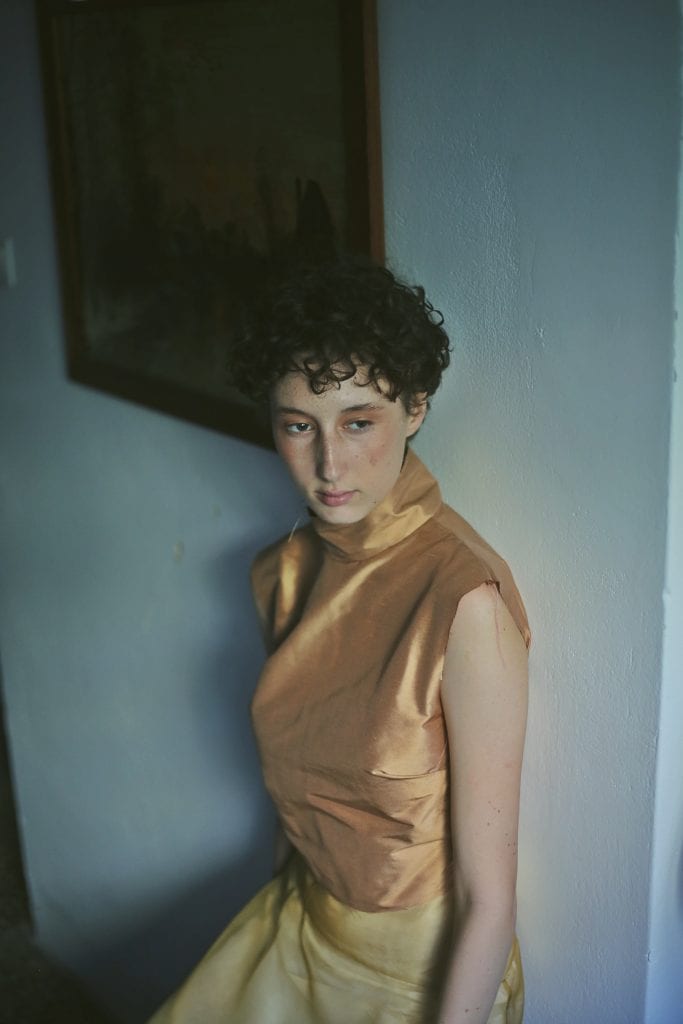 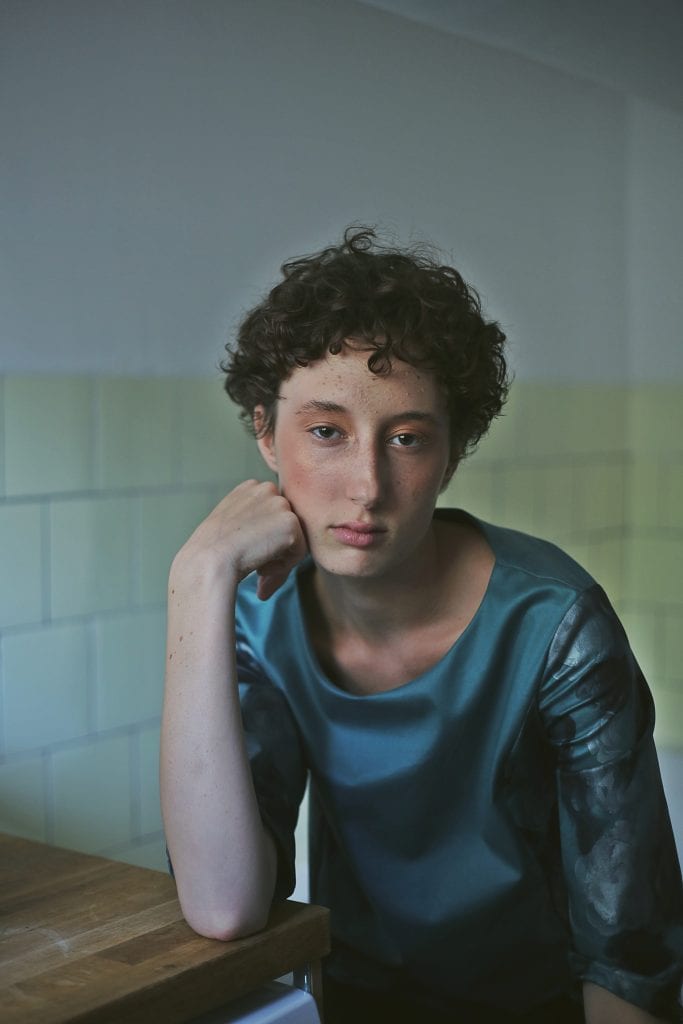 The background was set naturally for this explorative series. Not that it would be staged, or prepared in any form. It was simply there – it was offered as a base background. The modernist house of the late 19th century in the capital of Bratislava housing the creative spirits of Atelier LUZ and aspects of city living and creative spirit of a fashion house. From the basement heart and soul of the structure, through a multilevel split of modern floor arrangements and a large green oasis of the back garden. Every corner, wall and glass facet was available. Photographer Zuzana was left with one simple brief line – “Use the house!” – while the expectations were intervened by the unexpected beauty of model Natalie.

Somehow unsurprisingly, the exploration started in the basement. At the place of hidden sights and uttermost hidden atmosphere and certain mystical beauty. The fashion beauty has risen from within the dark, calm content of the cellar. All of this slowly revealed in view of the photographer in search for contradictions of the underground beauty and high-end fashion beauty. On the edge of light and darkness lies the beauty of the moment. Light is the outside, the openness, space – the feeling of light and freedom. The darkness is the place where we do not want to look, we only peek there a little. But where the boundary lies is the question. We can enjoy the freedom and lightness of light, yet we can easily fall into a lie, that everything is simple and easy. Only when confronted with the edge, the boundary between lightness and darkness we can create, push the boundaries and explore deeper within ourselves.

This is a series in which the space is as important as the mood and emotions captured. Not because of the physical presence of the spatial arrangements in the final images, but through the way the space informed and directed the day and mood of the creativity. And only its fragments are being present visually, or its spatial attributes provided the edging situations to capture the moments. In the end, the captured moments were spontaneous, not stage, somehow underlined lightly by the architectural simplicity of the house. But in the finale, the emotions, women’s beauty and precision of the moment persist for the viewer.