Mr Me by Emily

Life Is A Playground by Julen Martín

Is The #FreeBritney Movement Finally Over?

俞彬 Yu Bin: Behind The Scenes by De Ziming for Vanity Teen China

Lady Gaga's Schiaparelli Dove Brooch Will Be Sold for Charity

Faith Bishop: We All Need To Help Each Other To Be Successful In Life

Ferrari now triumphs in the runway, check out their new fashion drop 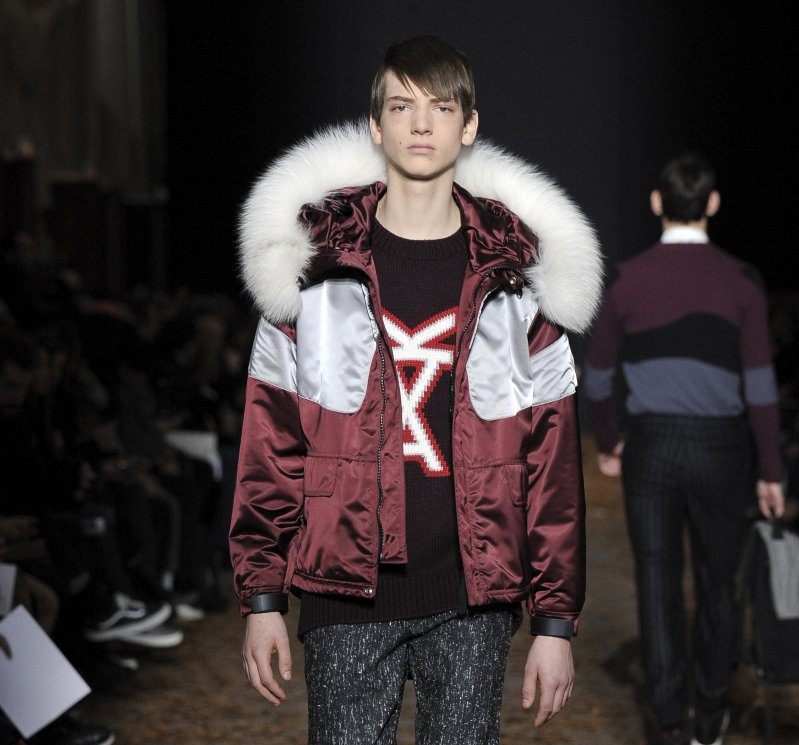 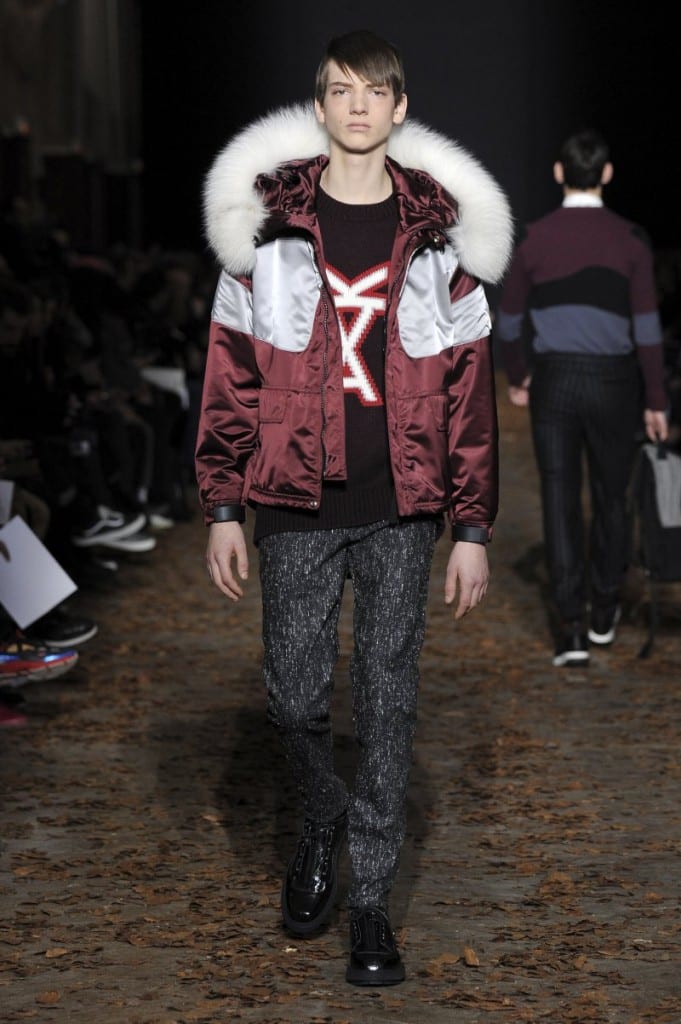 For his Autumn/Winter 2015-16 collection, Belgian designer Kris Van Assche named his collection ”CONCRETE”. “For this season I had in mind the image of an urban soldier,” the designer explained. “It is fundamentally an urban collection because I like suits, active wear and active characters.

This time, I wanted the sporting element that I frequently return to, to be almost military in feel. I could imagine a guy on a bike in New York risking life and limb – a sort of city warrior. I wanted a look that felt streamlined rather than relaxed: energetic, fast, precise. In many ways  it is an idea of sportswear meeting the New Wave; technical clothes with an aggressive, post-punk tailored attitude.” 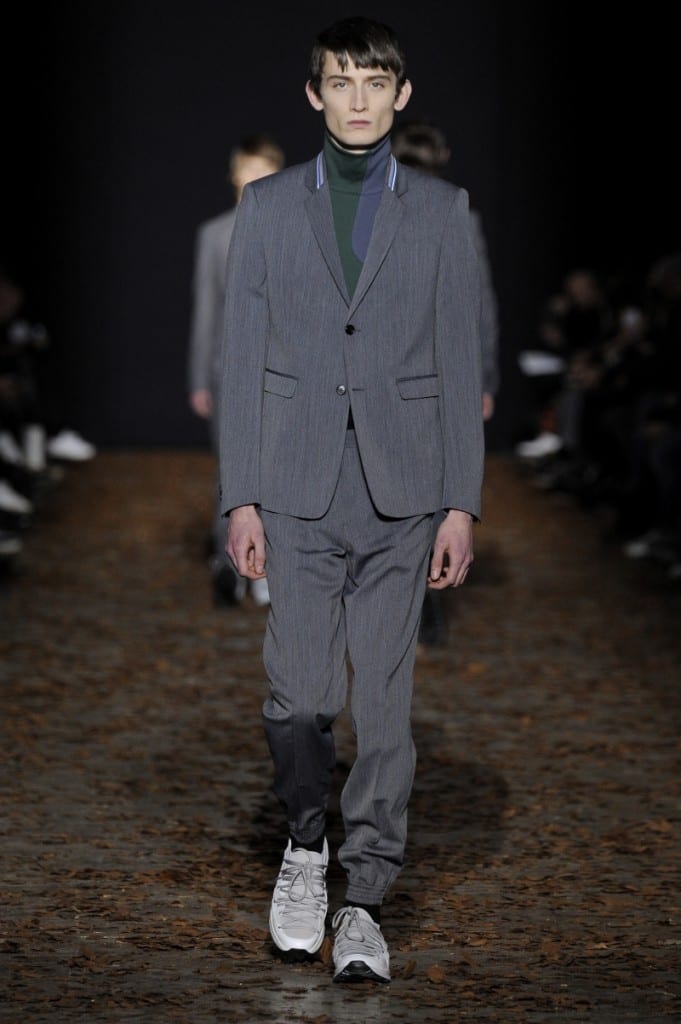 In his twenty-first show and collection under his own name, Kris Van Assche explores twenty-first century preoccupations of the city and speed, with masculine dress for  a new breed of urban warrior.

Here, the slim-fit grey suit transforms into a hybrid, streamlined cycling outfit, layered over the bicycle jersey, gathered at the ankles or calves. Mixed with the military motif of camouflage, blown up, appliqued and made to stand out in the cityscape rather than blend in, the emphasis is on dynamism and protection. 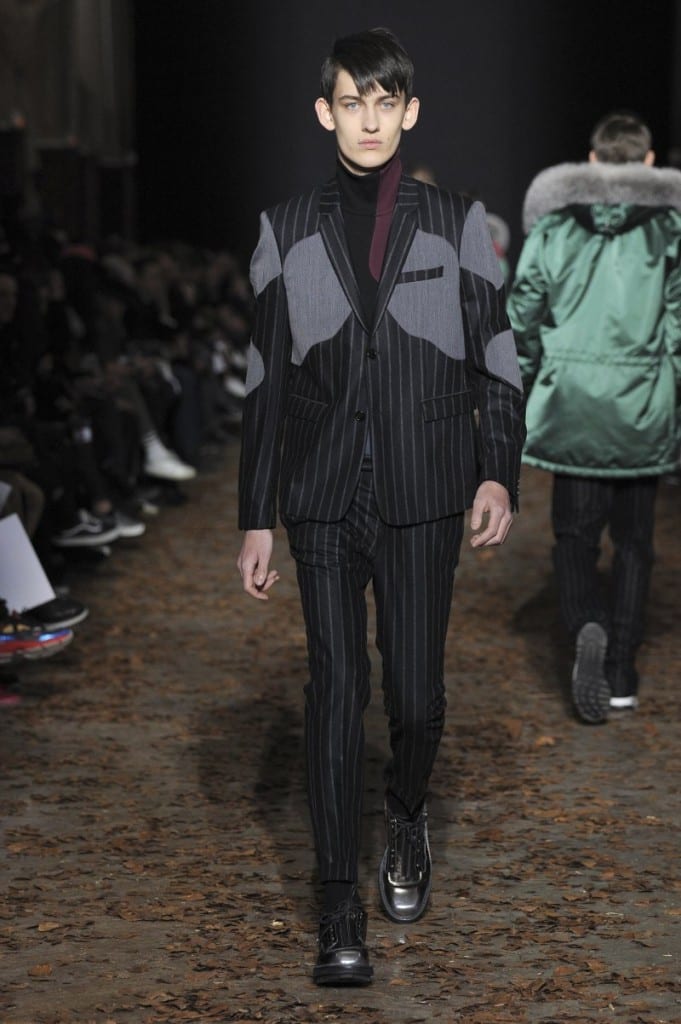 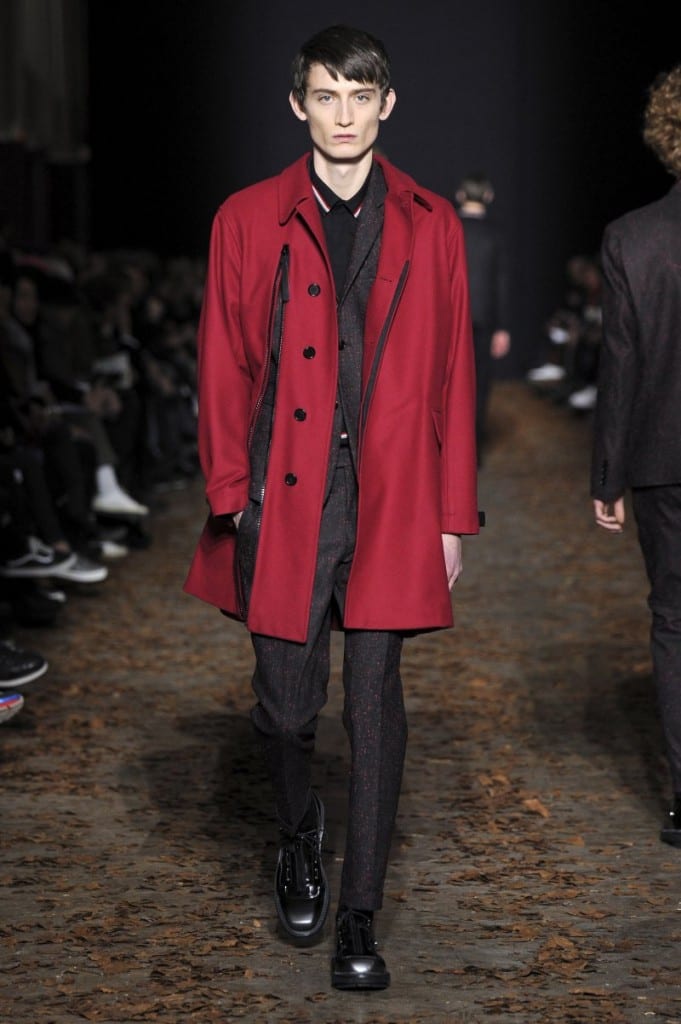 Youthful codes of rebellion are replaced by an adult understanding of them, for  one, the clichéd New Wave colours of black and red are a vivid reminder of the past made present – and there is always  truth in a cliché. At the same time, an  eighties New Wave attitude is contrasted against contemporary technical sportswear. 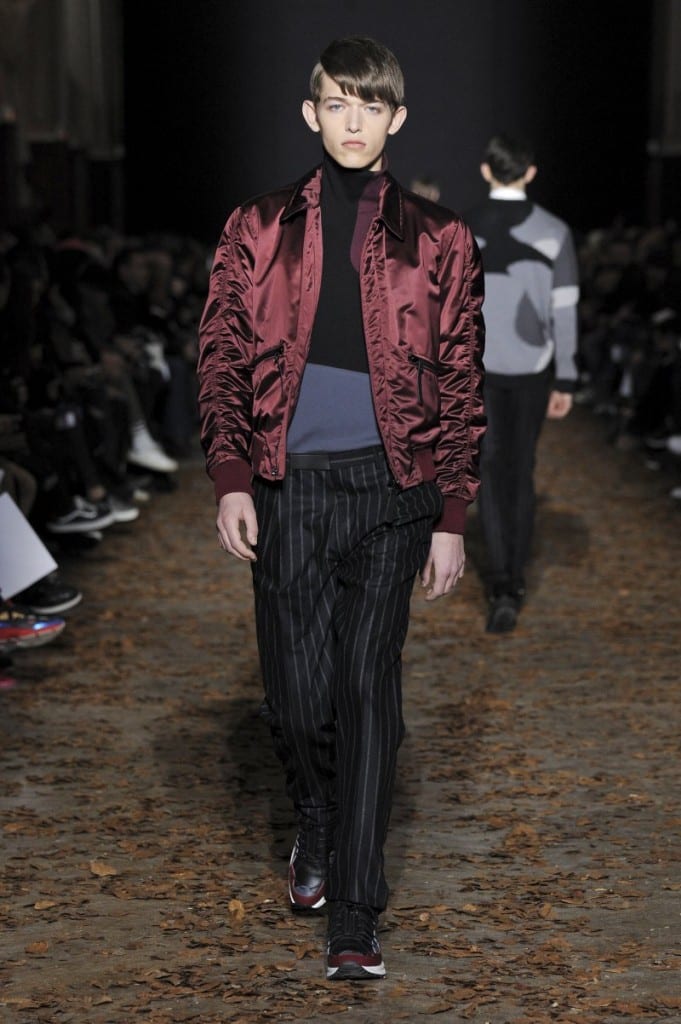 “I liked the idea that this guy would wear sportswear during the day, but would listen to New  Wave during the evening,” says  Kris Van Assche.“That these fragments of the past, the things you grow up with, would be brought into the future and guide the direction you want to travel in.”