Sifis Farantakis: I love this job

Federico Russo: it's a lot of fun

Vincent Bal: art as a source of comfort

Rhonin Swenson: stand up to bullies 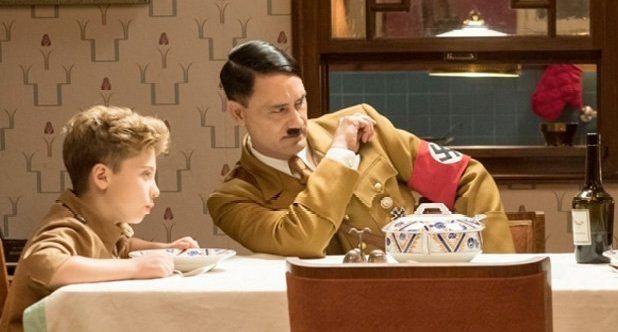 The first thing that comes to our minds when we think about Adolf Hitler is this terrible Nazi dictator responsible for the deaths of millions of people he considered “impure”, but there have been records of comedic treats about the fuhrer.

Director Taika Waititi, responsible for the direction of Marvel Studios’ Thor: Ragnarok and the upcoming Thor: Love and Thunder, is using Hitler’s attributes to make a humorous film, like his weird mustache; his obsession with tall, blonde and strong men whom he considered as “pure” even when he himself was dark-haired and diminutive; his “barking” tone of his speeches and the way he seemingly used to lose his temper.

Despite all of these humor-exploitable characteristics, turning Hitler into a lovable, comedic character is not an easy task. His name is suited up with resentment, hate and fear from millions of people around the world, but Taika Waititi’s comedy-drama Jojo Rabbit re-imagines Hitler as the goofy imaginary friend, played by Taika himself, of a bullied 1’-year-old German boy, managing to keep the tone light and the humor surreal enough to avoid as less compared to the real world as possible, but as the story develops into a drama, the comedy thickens.

The film’s plot and cast

Waititi’s absurdism brings us a familiar story about a kid that idolizes Hitler so much that he imagines him as a mentor and pal during the days of World War II until one day he discovers that his mom is hiding a Jewish refugee.

With names like Roman Griffin Davis, Scarlett Johansson, Rebel Wilson, Alfie Allen, Sam Rockwell, Thomasin McKenzie, and Stephen Merchant, this film promises to be an enjoyable surprise of this fall with a little comedic violence, traumatic events of war actions and a good drama with lots of fun. The film is set to release on October 18th, 2019.