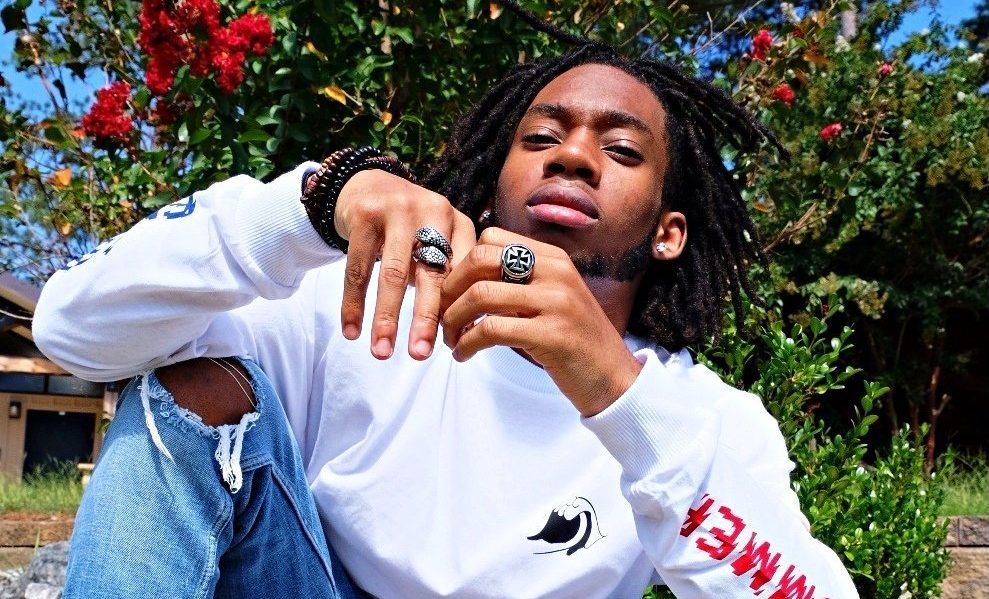 Jalen Divad Patterson, (born January 13, 2000), known professionally as Jay-Divad (also stylized as JayDivad or Jay Divad; pronounced “Jay-Div-odd”) is an American model, and musician. Born in Jamaica, Queens, NY, he moved to Atlanta, Georgia at the age of 6.
Jay has 4 siblings, being the youngest on his mother’s side and the middle child of his father’s side. He adopted his moniker “Jay-Divad” from his middle name, Divad. The name Divad actually stems from his great-grandfather’s first name David, which his mother and father decided to reverse to keep his name from being too “generic”.
Jay also goes by other names like J.D., Corto Daz, and Daz which derives from the spanish word for short, corto, and his personal variation, and tribute to his favorite american artist Jean-Michael Basquiat.
Jay uses the moniker Corto Daz when he works with anything art related. Jay describes Corto Daz “as the eccentric, outgoing, and very social alter-ego of Jay-Divad, who is the more humble, and conscience thinker. Corto Daz is representative of the youthful spirits of today’s generation that comfortable with the trends of the world. On the other hand, Jay-Divad looks beyond the trends and is willing to step outside the box.”
Jay credits his fascination with art, and his creative ability to his elder brother. His style and inspiration is also influenced by a diverse set of individuals, like Jean-Michael Basquiat, Keith Haring, and J.Cole.

Aside from his work, and focus in modeling, Jay also has a vast, and diverse set of skills that he used. Jay is also an experienced web designer, graphic designer, and works in art, and music. At the age of 17, Jay started computer programming in his senior year of high school, and quickly grasped the skills from studying Facebook, and Mark Zuckerberg. Jays first programming project was a social media website called Interwavez which was launched in August 2017, and was shut down after just a few months. Jay ventured off into graphic and logo design, and created many different designs in which he used to accumulate funds for his personal projects. Jay also did work with content creation, and marketing, and has been creatively involved with many different projects, and brands for people in his community. Jay also bought, repaired, and resold sneakers to help him obtain funds before he started to sell clothing. Jay released his own clothing brands named Pyriah and Forever Gifted in April 2018, that he ran until his high school graduation.

Jay started modeling, and music in September 2018. Patterson notes that his career in modeling is ironic to him, considering he hated taking photos and didn’t understand the fashion world when he was younger. He also emphasizes he wasn’t very outgoing until late in high school, and was quite shy growing up. Later, after establishing himself as a creative, Jay started investing time into helping others start their companies, and brands by marketing them by creating websites, logos, and promoting over the summer, and the start of college.