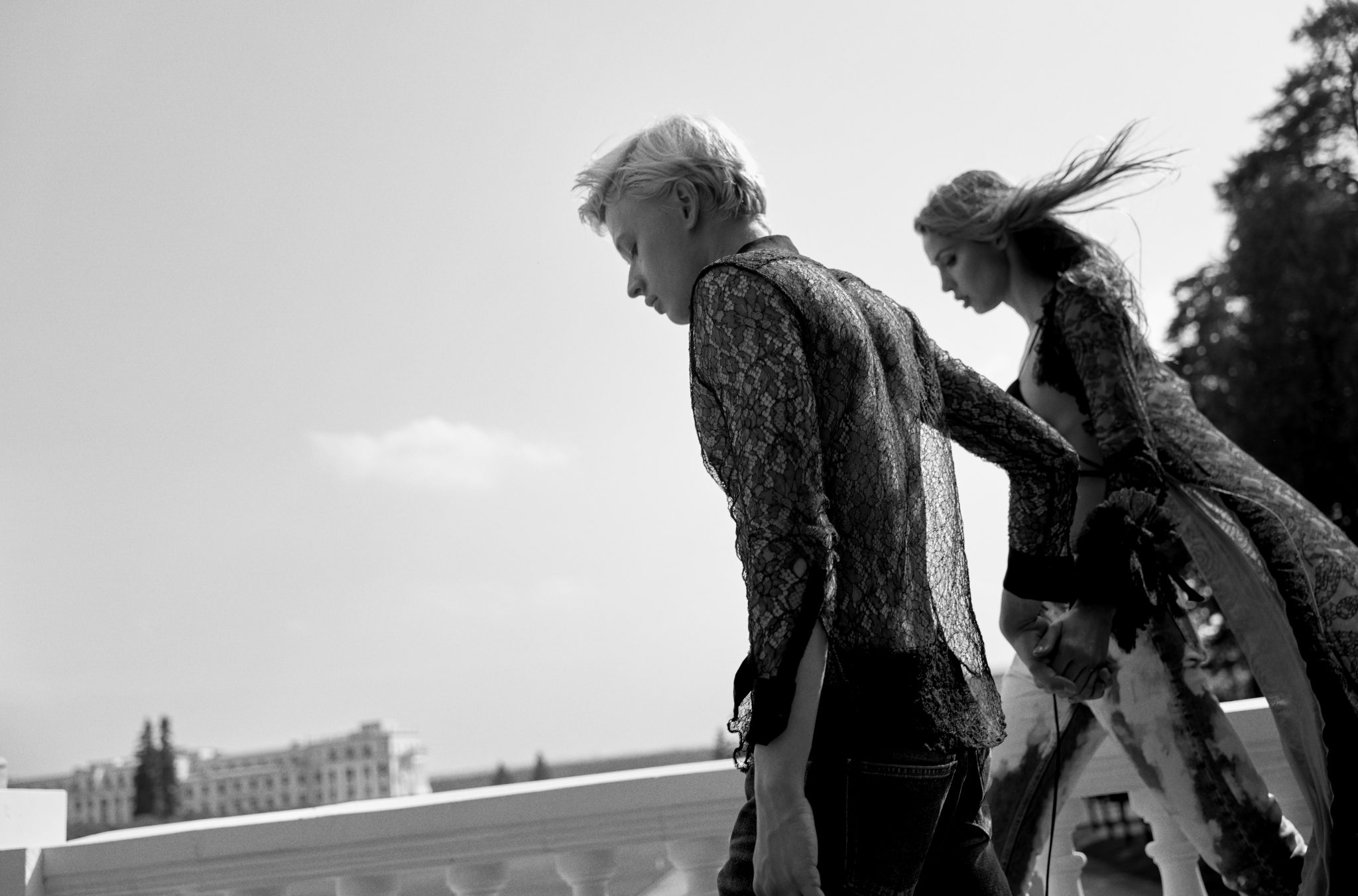 This Editorial was inspired by the problem we are having in our world and especially in some countries where people are refusing to talk about it out loud. This is the story of a lost soul that feels like it lives in a wrong body. It tries to find comfort and a place for itself. It tells a story of freedom and confidence, acceptance and peace that we all need in this world. Just to feel needed, feel accepted and wanted.

“My favorite photographer is Peter Lindbergh. I love the depth of his photos. The story they tell. The life that is in them,” says the photographer. “I was inspired by his work and wanted to create something meaningful, that reflects the world using fashion skills and trends that speak about it.”

When we were working on this shoot, magic happened, we were like one. The whole team came together with ideas and emotions. It was special!

Photographer Nika Selezneva used the camera Leica SL2, using only natural lighting and shades from the buildings and the garden, and it was shot l in Moscow in the castle that belonged to the Russian Earl Yusupov.

“Love is composed of a single soul inhabiting two bodies.”

“Through these images we wanted to show all the sadness and darkness of that time. We went in black and white colors in the beginning of the shoot that transmits “drama” of the story. And at the end of the shoot we are warming up to a happier ending and brighter colors.”

The models were wearing beautiful garments made in Victorian style mixed up with modern trends. Gorgeous silk blouses and wide classic pants by Saint Laurent that reflects the sensitive nature of the models, jeans with coats by Tom Ford reflecting the power within and Gucci sparkling dress as a happy ending, which reflects the acceptance of the lost soul. We also added some amazing independent designers from different countries, young talents that have bright future that perfectly fit in the style we were going for.

Both models really understood and took serious the idea of the Photoshoot. They were very excited to work on that project. During that shoot they were self exploring through dance, through looks, through the historical location.. it was one of the most interesting shoots we’ve ever done together.