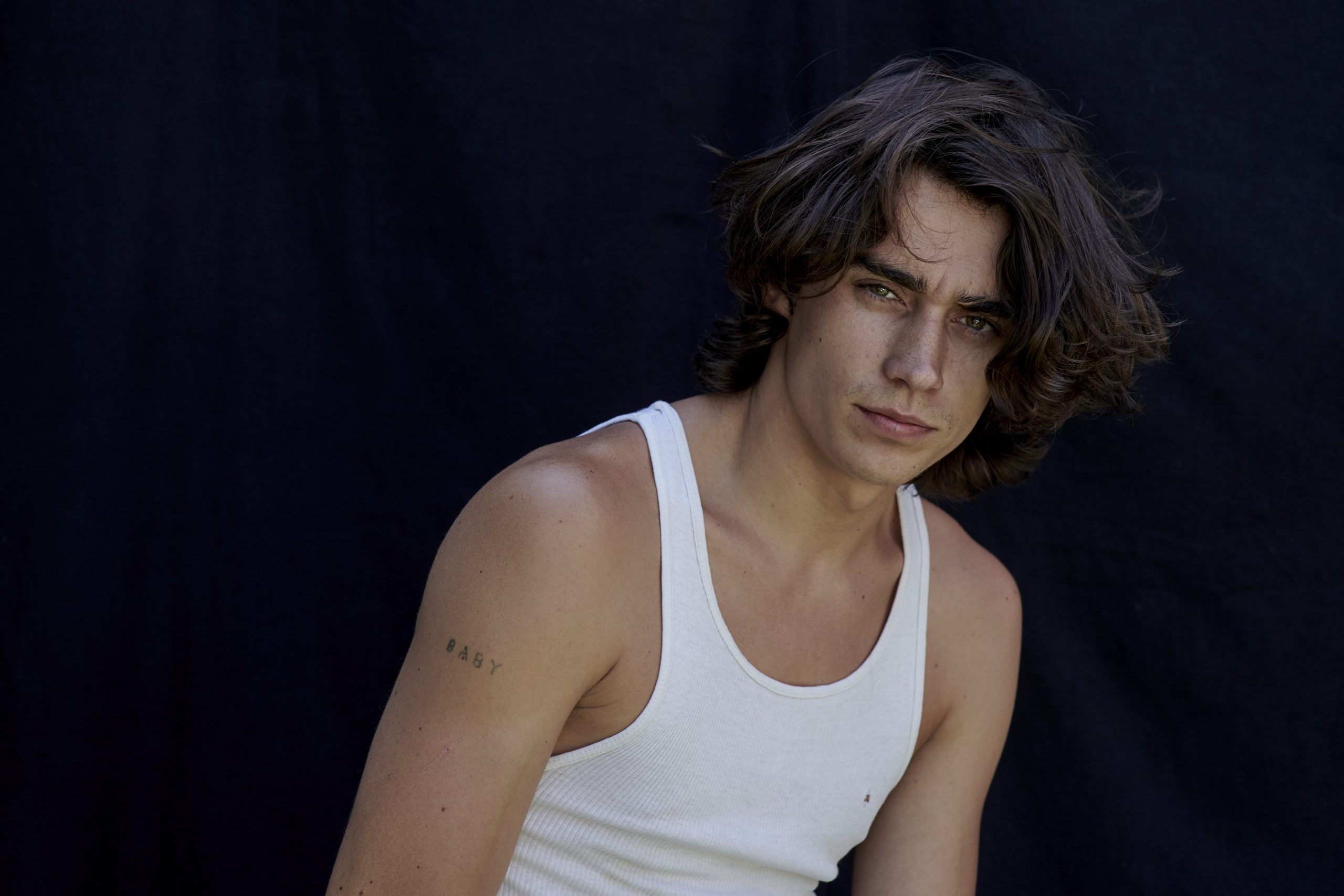 Deaken Bluman (@deakenbluman) is one of the new faces in the fourth and final season of Netflix’s critically acclaimed “13 Reasons Why”, which has become a very popular show. He stars in the pivotal role of Winston, one of Liberty High’s finest and the keeper of information that could bring down the group’s convoluted secret.

In this interview with Deaken Bluman, we asked him some personal and professional questions as for example how he decided to start acting, saying “it was a gradual thing” but that it is the “meditation” he needs to center himself as an adolescent and it has also been very beneficial for him in many other ways.

“Artists can show you a new way of thinking about the world.”

There is no doubt he is a very humble and friendly person because of the way he speaks about how he got into the cast of 13 reasons why for the final season, something that would freak anyone out. However, at the same time, he states that he never wanted to be famous and still doesn’t.

“That feeling will never go away.”

For the final question, we wanted to know which piece of advice he would give to people who have the same dream which he has just achieved. Working with such a great and popular show production is a dream to anybody in this industry. He empowers everyone to this dream to at least try as many times as possible but to always do it in the name of Art.

“I can’t say you’ll “make it.” All I can say is that you should try. Because you’ll never know if you don’t. But do it in the name of Art.” Deaken Bluman

Q: How did you decide to start acting and how has it been your journey?

A: I guess it was a gradual thing. Then it turned into a determination. I was testing the waters, then I jumped in. Watching movies for me was better than any dream,  any escape. It was the “mediation” I needed to center myself as an adolescent. Still is. But it’s hard to trace back to find that moment when the light bulb went off.

Q: What do you like the most about your job?

A: Working with creative people. Artists can show you a new way of thinking about the world. Colors you’ve never noticed, smells you never took the time for.

Q: Can you tell us how did you get into the cast of 13 Reasons Why and how did you feel when you knew about it?

A: Well just like any other job, I went to the audition. Then a few days later the Casting Director, Barbara Fiorentino, called me back in for a second meeting. I did my best, bing bang boom three days later I was standing in my agent’s office and heard a loud yelp.  My agent, Julia Buchwald, came running down the hall in her high heels, click-clack out of breath and overly excited. She said to me over a few catch-up breaths that I had booked the character of ‘Winston.’ I shit myself.

Q: Which qualities would you say you and your character Winston share if any? How would you describe yourself?

A: Winston. I wouldn’t describe us as similar. Winston is very forward. No fuddy-duddy fooling around the business. Me? Well, let’s just say I don’t overthink as much as him. I like to move and dance around. I strive to really laugh. Winston was too hard on himself. It’s not healthy.

Q: Which has been the best experience filming the series?

A: Working with Brenda Strong. She directed the fifth and sixth episodes (“House Party” and “Thursday”). She is such a present artist. She would whisper over my shoulder and gift me with articulate keywords that moved the scene through the character like it was nothing. Do you know that kind of person who can walk in a room and then become the room with their presence? She is that person in spades. She carries herself so well. She has a beautiful aroma and is filled with so much knowledge. I’m lucky to be her friend. Because, well, I smell bad and have no idea what I’m doing. So thanks for saving my ass, Brenda.

Q: Is there anything you’d like to say to young people who have the same dreams as you?

A: Work hard. I struggled for years. But I got into the art young. I never went home. I had to make “me,” my person, my home. Or I would never see the other side. I followed through with everything. Nobody handed me anything. And I never ever wanted to be famous. I still don’t. That feeling will never go away. Perhaps it just might grow even more so. I own my personal life.  I can’t say you’ll “make it.” All I can say is that you should try. Because you’ll never know if you don’t. But do it in the name of Art.

No matter what, we are sure we all will keep supporting him in every possible way and Vanity Teen team wishes the best for him. Thank you for making this exclusive interview for Vanity Teen possible!

In this article:Deaken Bluman, exclusive