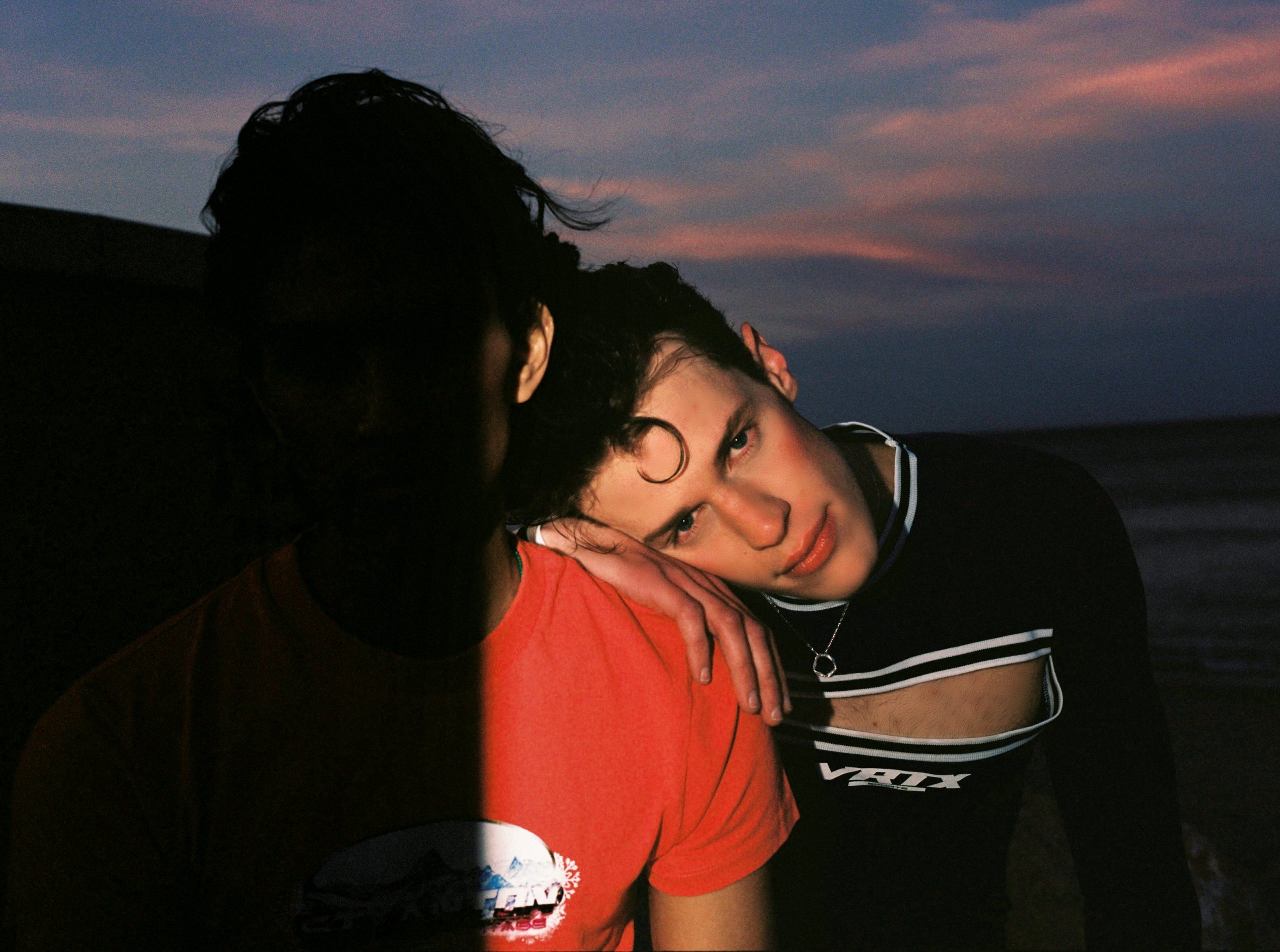 The editorial tells the story of two boys who just met. “I wanted to show the evolution of their relationship through the day,” says the photographer. “It begins during the broad daylight when the models are more distant and cold and it ends completely at night when the relationship between them has become closer.” This evolution is also shown through the styling, with the use of light and flash as a tool to contrast with more delicate outfits.

The concept of Date Night came to Ana Barberá when she saw the location. “As soon as I saw it, it reminded me of a summer day by the beach when the weather is perfect to be out until dark. The idea was to get that intimate aura between the two models where you could feel that relationship that is changing and getting closer.”

Shot in film, the photographer used a Mamiya 645 pro and a Canon AE-1 with Kodak Portra 400, and it took place in Valencia, a beautiful city on the east coast of Spain.