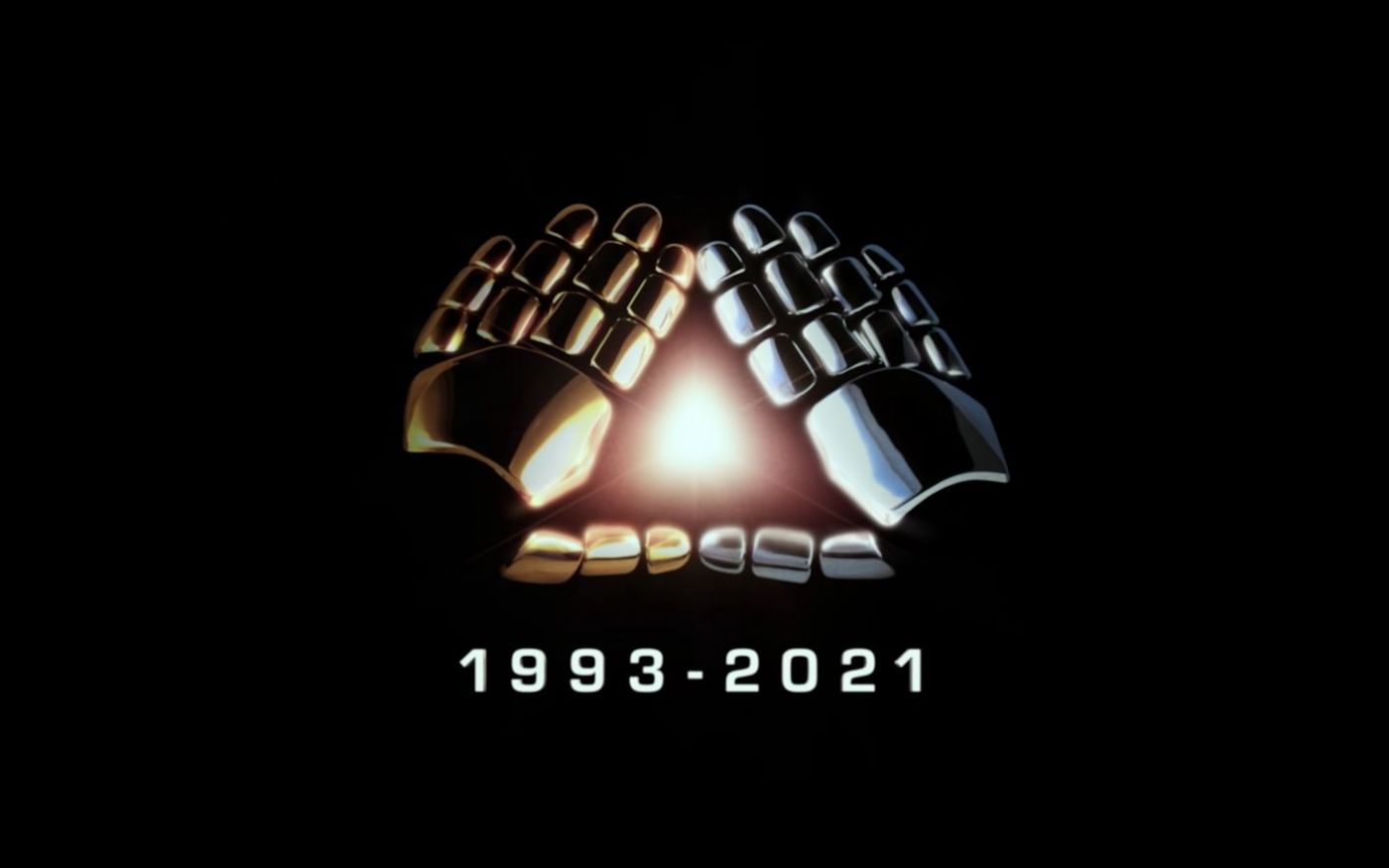 A video uploaded to their website , YouTube and Facebook a couple of hours ago announced the end of one of music’s most iconic duos: Daft Punk. Entitled “Epilogue”, the eight-minute video, with no description other than the hashtags #DaftPunk and #Epilogue, announced the end of the duo after almost three decades of existence in the music scene. The news about their split was confirmed by the Parisian duo’s  longtime publicist Kathryn Frazier via Pitchfork and Variety, without providing any specific reason for their breakup at the moment.

The “Epilogue” video features a clip from their 2006  sci-fi film “Electroma”, in which members Thomas Bangalter and Guy-Manuel de Homem-Christo,  under their characteristic robotic appereance, walk in the desert stopping at a certain point, seeing each other face to face for a moment; Thomas Bangalter removes his jacket with the Daft Punk logo in order to be programmed by Guy-Manuel to self-destruct. After Thomas’ destruction, the choir from “Touch”, from their 2013 album “Random Access Memories”, begins to play (Hold on,
If love is the answer you hold), appearing an image with the characteristic silver and gold colored hand of each member with the start and end date of the band: 1993-2021, followed by a sunset where Guy-Manuel is seen walking towards it. Since its released the video has reached up to 2.598.932 views at the moment of this writing. The video is the only material that seems left on their website.

Daft Punk began their career in 1997 with “Homework”, followed up by “Discovery” (1999) where they released hit singles such as “One More Time”, ” Digital Love” or “Harder, Better, Faster, Stronger” along the characteristic animation that accompained the album titled “Interstella 5555: The 5tory of the 5ecret 5tar 5ystem” , it also marked the beginning of their characteristic robotic appeareance. In 2005 they released “Human After All” featuring singles  “Robot Rock”, “Technologic”, “Human After All” and “The Prime Time of Your Life”. In 2013 they released their last album, “Random Access Memories”, which included their hit song Get Lucky, being awarded the Grammy for Album of the Year in 2014. In 2016, Daft Punk produced “Starboy” and “I Feel It Coming” for the Weeknd.