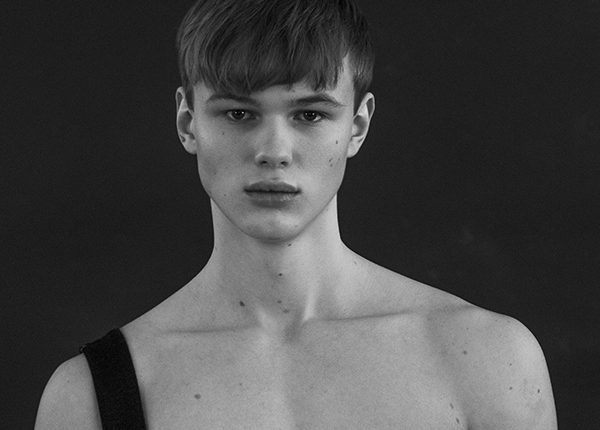 Each season comes with plenty of New Faces, but from time to time there are some that stand out from the masses. Charming Constantin from Berlin started his career just a few months ago and points out a bunch of promising editorials and projects already. VT spoke with the 16-year-old model about his career, Germany’s capital city and his future plans.

How did you get started modeling? How did you get discovered? Classic way: I was asked by a model scout if I had ever thought about modeling. At first, I didn’t want to. Only my girlfriend was able to change my mind. A few days later I went to Izaio Management“ and it started… At that time, did you think you should be a model? I hadn’t given it any thought before but I really enjoy it nowadays and I’m excited about my next steps. What are you doing to prepare yourself for shows/shoots? Nothing in particular. Getting enough sleep and sports are helping me in an indirect way to be prepared for shoots. But I don’t have any rituals or do beauty treatments. You are still going to school – how do you manage to fit it all in? Is it hard to stay focused? Indeed, I’m still going to school but don’t feel impaired by modeling. On the contrary, it’s nice to meet new people and to escape everyday boredom at times.

What kind of reactions do you get from your classmates, friends, parents concerning your first modeling jobs? Most people think it’s ‘cool’ and I get a lot of positive feedback. Then again, there are always people who think they have to make fun of something in order to cover up their evident envy. I am not much affected by all of this though and rather think of it as an experience for myself and I will continue the whole model thing. You live in Berlin – what makes this city so great for you? It’s very multicultural and open. For me, the street art and the food culture make Berlin even more special. It really shouldn’t be missed. If you could choose: in which city you would love to live/work? I think I’d like to stay in Berlin because my family and friends are here and I wouldn’t want to live too far away from them. What’s your favorite job so far? I can’t single out one job. All I can say is that all of them had something going for them and each one of them gave me pleasure in its own way. What has been the biggest surprise for you since you started modeling? The number of my social media followers has increased rapidly. Other than that nothing much happened. What are your plans for the future? First to finish school as well as possible and then probably spending a year abroad in order to get to know new things and gaining new perspectives.