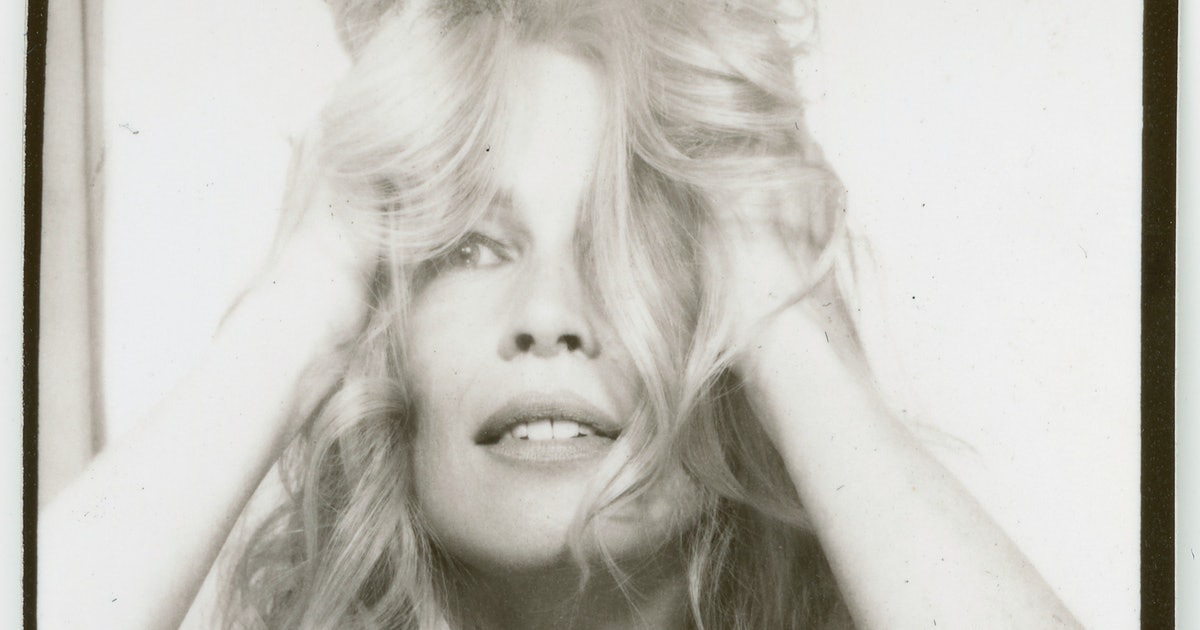 Supermodel Claudia Schiffer just teamed up with the australian brand on a collection named Super Réal.

The whole collection by Schiffer and Réalisation Par comprises thirteen pieces that balance between casual, easy-to-wear oversized t-shirts and other sexy, but still comfortable, looks. The line takes inspiration from the model’s own nineties wardrobe and personal style, and the designs are named after her loved ones.

There are two short-cap sleeve tees that feature vintage photos of Claudia’s golden days. One of them reads, in her own handwriting, “Dreampie you can put me on anytime. Love, Claudia”, closed with a little hand-drawn daisy. And of course, that doesn’t end there because the quintessential 90’s flowers, daisies, had to make a few more appearances in a capsule that pays tribute to the decade.

Also coming straight from the nineties we encounter the slip dresses. With their timeless style and simplicity, they made a major comeback and are featured in the collection. This kind of dress gives both a sexy and laidback look, and there are a few options to choose from. The “UTA” is a short red silk version, a seductive proposition to, in the brand’s own words, “make you feel like you’re dancing in Paris at the infamous Les Bain”. There are also long figure-hugging slips in both total black and white with suggetive yet blithe transparencies.

“The Claudia”, reportedly Schiffer’s favourite design, is probably the strongest piece of the collection. It’s a ruffled off the shoulder long dress in white with red polka dots. The line also includes a long hip-hugging skirt in a small black and white polka dotted print, a cream broderie bustier and yet another polka dotted piece, a see-through camisole.

Schiffer said that her daughter Clemmie introduced her to the brand. “She suggested we collaborate, and the ‘90s is the decade everyone is talking about at the moment — so we took inspiration from original ‘90s pieces in my archive wardrobe,” Schiffer said in a statement. “It was a lot of fun working on SUPER RÉAL with the Réal team.”

The australian-based brand Réalisation Par (which means ‘made by’ or ‘styled by’) was founded by friends Alexandra Spencer and Teale Talbot in 2015 and it focuses on seasonless pieces. It’s been very popular these years between celebrities including Bella Hadid, Kylie Jenner, Margot Robbie, Joan Smalls and Emily Ratajkowski. Now it joins the long list of fashion brands that draw on partnerships with big personalities to collaborate on collections and capsules, capturing attention and reaching to larger audiences.

All the clothes from the collaboration are already available on the  brand’s website.

In this article:Claudia Schiffer, exclusive, Réalisation