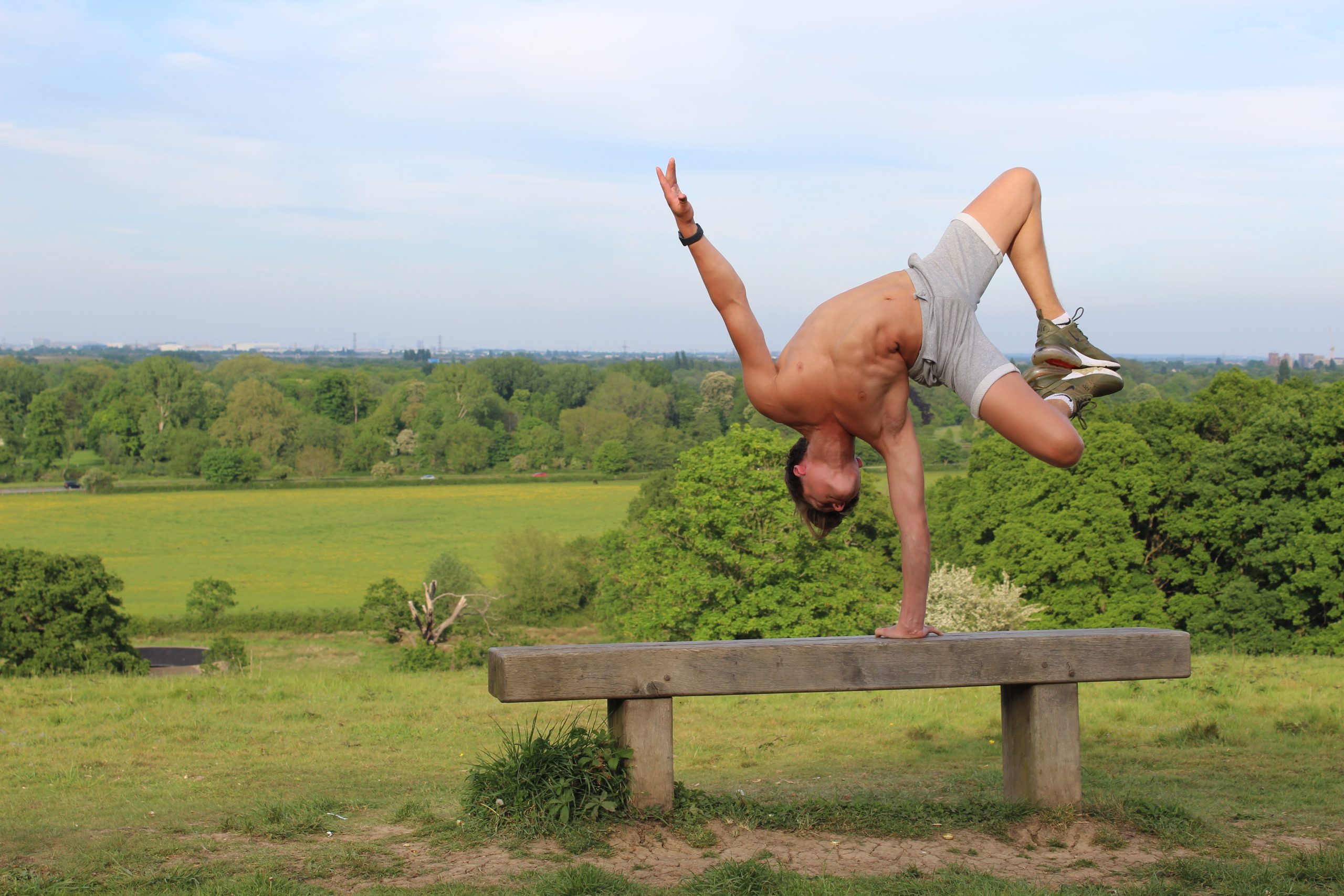 Adam Upcott @adamupcott is a twenty-year-old British professional acrobat who started at a very early age, specifically at the age of four. He is British Champion, European Champion, World Champion, and WORLD GAMES CHAMPION, a pretty awesome career if you ask me.

Acrobatics are super important to Adam, who said in our interview that he “would sometimes take time off school to train extra for competitions and my social life was very limited because of the hours spent in the gym.” considering it almost like the most important thing in his life. However, even though he recognizes that training is very hard, he really believes all this sacrifice is worth it when doing the competitions.

It is known that in acrobatics your partners play a very important role in the performance and in many other aspects of this discipline. We asked Adam how many hours does he train, and more or less the average number of hours an acrobat trains is 20 hours a week, meaning three hours a day. When he was preparing for the World Games he trained 24 hours a week (four hours a day). That’s just insane! In addition, in order to achieve their goals, acrobats need to work together as a team.

“Spending 20 hours a week with each other can get tough. However, you develop a very strong friendship.”

He states that by having a very strong relationship with their partners, they are able to train harder, achieving better results.

We asked him which piece of advice he would give to you gymnast and that could be summarized with the saying “practice makes perfect” because training hard is the key to achieve your dreams in every aspect of life.

Amongst his future plans are joining a circus show to put his talent on stage, “possibly Cirque du Soleil or Dragone” he says. He is also very interested in joining the British Stunt Register (BRS) which we are pretty sure he will accomplish. Having this strong mind to encourage himself for achieving whatever she wants to accomplish we predict a very successful career for Adam!

Q: How did you start being an acrobat?

A: I started training in acrobatics at the age of 4, 17 years later I am still going!
Q: What does acrobatics mean to you and how do they affect your mood or personal life?

A: Acrobatics means a lot to me, it takes priority over a lot of things in my life. I would sometimes take the time off school to train extra for competitions and my social life was very limited because of the hours spent in the gym. Sometimes training can get very hard however it always pays off at competitions.
Q: What kind of relationship do you have with your acrobatics partner in order to have that coordination?

A: From 2012-2017 I was working in a men’s group (4 of us). Spending 20 hours a week with each other can get tough. However, you develop a very strong friendship. From 2018-current I have been working with Charlie who was originally in the 4 with me and we have now become like brothers and have a very strong friendship. Having a strong bond enables us to train hard and helps us get results.
Q: What do you enjoy most about what you do?

A: When I was 4 I went to watch my brother train in acrobatics and I remember telling my mum and dad that ‘I want to fly just like him’. The tempo elements are my favorite. Being thrown around gives me such an adrenaline rush, It’s like being on a rollercoaster!
Q: When you do acrobatics it seems easy. How many hours do you train?

A: When I was competing in the lead up to major competitions, such as the World Games I was training around 24 hours a week, but it all pays off as we crowed World Games Champions Later that year! I like the saying ‘practice makes perfect’ as I strongly believe this has had an effect on my performers from day 1.
Q: What piece of advice would give to young acrobats?

A: To younger gymnasts and acrobats I’d advise that you train as hard as you can and push through the tough times. Some people want it to happen, some people wish it would happen and some people MAKE it happen.
Q: Do you have any future plans regarding any matter of your life?

A: At the moment I’m training about 15-20 hours a week at home on my own as best as I can. I am hoping to join a circus show after the performance industry is back up running. Look out for me in the future!